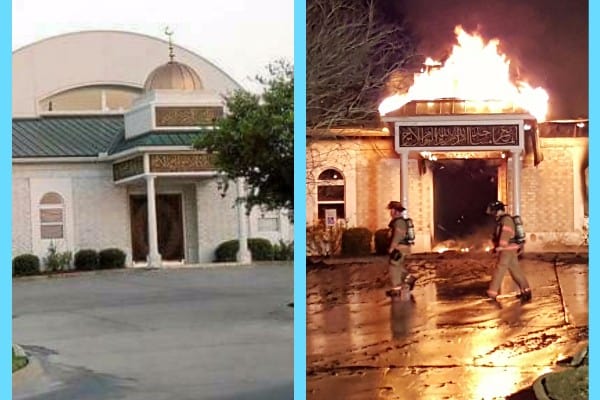 Early Saturday morning, a Texas mosque was set on fire and was essentially completely destroyed.

Not long after, a GoFundMe campaign was created to begin the rebuilding efforts for the Islamic Center of Victoria and has now collected $960,000 from donations by 20,000 people.

The GoFundMe page has been updated to express their gratitude and encourage any further donations.

Our hearts are filled with gratitude for the tremendous support we’ve received. The outpouring of love, kind words, hugs, helping hands and the financial contributions are examples of the true American Spirit and Humanity at its best with donations coming in from all over the world. We’re so very much thankful and appreciative of everyone’s thoughtfulness. Any donation is greatly appreciated. Help Spread the Word!

Many of the comments left on the page include people from the Texas area asking how they can help with the rebuilding efforts through carpentry or materials.

Around 2 a.m. on Saturday in Victoria, Texas, south of Houston, a convenience store employee noticed the smoke coming from the Center and called for help.

The Islamic Center’s president said the mosque’s imam was awake early in the morning and checked the surveillance system and noticed that the system was not turned on, he drove over to investigate and arrived to see that the fire department was already there.

The fire came just hours after Trump’s executive order that closed the borders to Muslims from seven countries and in a time with Islamophobic sentiments are particularly high.

Authorities are still investigating and maintain that it is too early to speculate a motive for the fire.

6 Facts You Need to Know About Refugee Resettlement