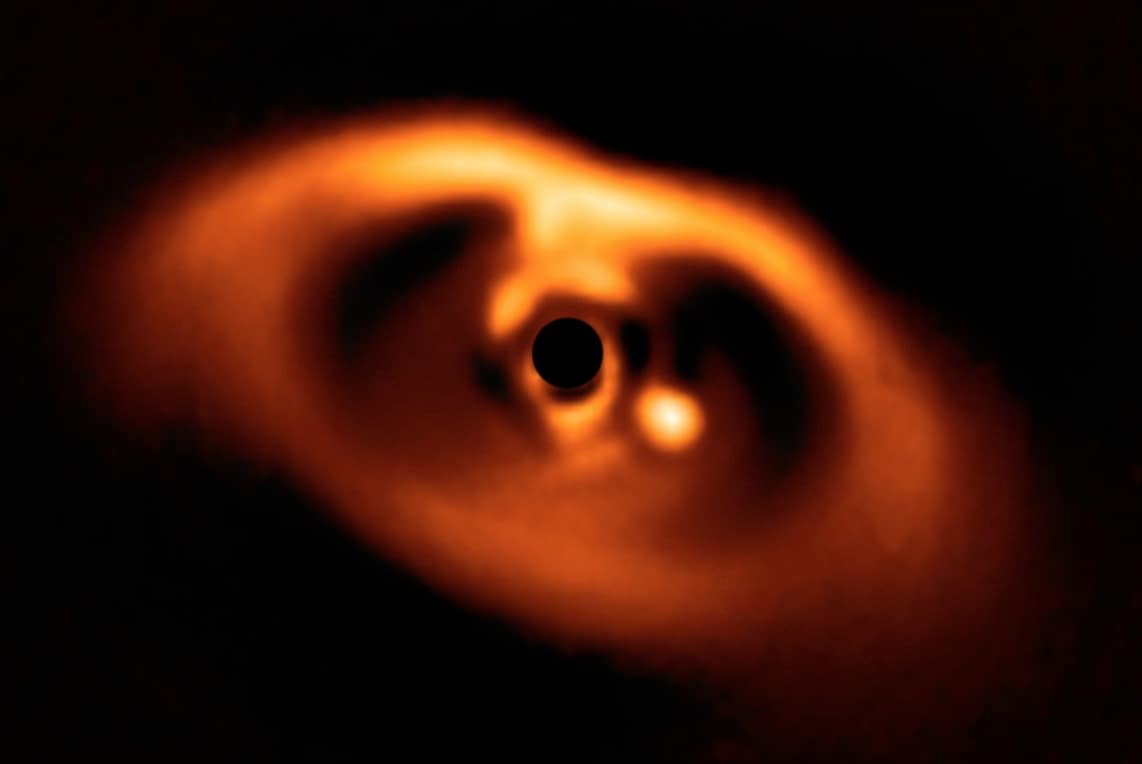 This is awesome. A team of scientists has captured a photo of what is believed to be the first image of a planet forming.

The planet, PDS 70 b, is forming around a star, and was found by using one of the most advanced telescopes in the world, which, sidenote, is literally called Very Large Telescope.

Astronomers in Chile captured the first-ever clear image of a planet forming around a young star ? pic.twitter.com/LjgCPDVAuZ

The photo also gives scientists a better understanding of how planets form and confirms the theory that they come together in what’s known as “protoplanetary disks,” the large amounts of gases and dust that circle newly formed stars.

A planet-hunting instrument has captured the first confirmed image of a newborn planet that's still forming in our galaxy https://t.co/n5qeJFhRjt pic.twitter.com/OZne4LpvGO

Not only is it one of the youngest planets ever seen, it’s also massive: As NPR notes, you could nearly 1,300 planet Earths inside of PDS 70 b.

It’s a Miracle: Research Says Even 8 Cups of Coffee a Day Has No Health Risks