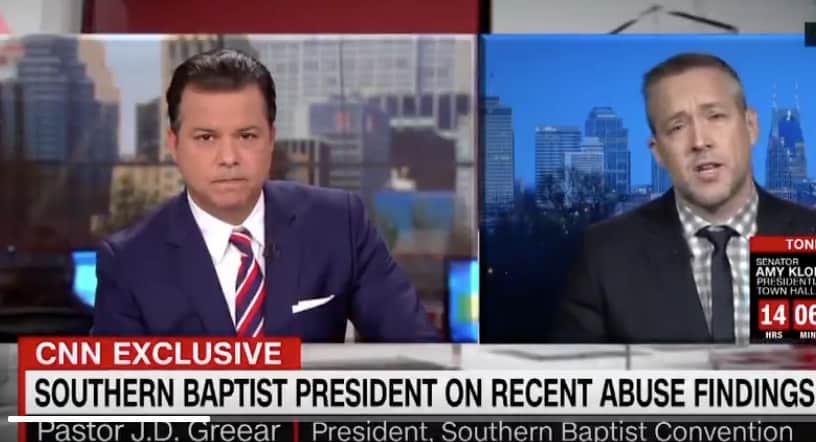 Southern Baptist Convention President J.D. Greear was a guest on CNN this weekend, and spoke about an explosive report that found widespread sexual abuse in the denomination.

Though Greear said that there are limitations to the SBC’s authority over churches, he said that leadership will no longer tolerate church’s employing sexual predators.

Our churches, because of the God that we believe in and that we worship, ought to be safe places for the vulnerable and predators ought to have no place in our midst … If that means that we are going to disfellowship churches that show this wanton disregard or that show a criminal negligence when it comes to these issues, then that’s what we’re going to do.

The reports from The Houston Chronicle found that some SBC churches hired sex offenders who went on to abuse people within the congregation. The reports not only found more than 700 victims in Southern Baptist churches, but also patterns of discrediting victims, protecting church leaders and covering up abuse.

Churches "ought to be safe places for the vulnerable and predators ought to have no place in our midst," says the Southern Baptist Convention President on recent reports of sexual abuse.

"This has absolutely no place in our convention." https://t.co/ijXNL8Tq2W pic.twitter.com/1CTp9fSnyg

A Tornado-Damaged Church Is Refusing to Accept a $25,000 Donation From a Casino