Former vice-president and current contender for the Democratic nomination Joe Biden was visibly moved when Reverend Anthony Thompson asked him about his faith, and how it guides his personal and political life. His response provided one of the more intimate looks into Biden’s spiritual life — a life that has suffered no small amount of tragedy over the years.

Thompson is an Episcopalian minister whose own wife was killed in the 2015 AME Church massacre. He asked Biden about his own religious faith, and how its affected his life. Biden struggled with emotion as he responded during a CNN Townhall moderated by Chris Cuomo.

“Well, reverend, I kind of know what it’s like to lose family, and my heart goes out to you,” Biden said, fighting tears. “As you may remember — after Barack and Michelle and I were there — I came back on that Sunday because I had just lost my son. And I wanted some hope because what you all did was astounding.”

“I don’t know whether you all know this,” Biden said, addressing the rest of the crowd. “All of those who died, who were killed by this white supremacist, they forgave him. They forgave him. The ultimate act of Christian charity.”

Congregants of the Emanuel African Methodist Episcopal Church in Charleston, South Carolina publicly forgave Dylann Roof, the white supremacist who shot and killed nine members of the church during a prayer group.

“I happen to be a practicing Catholic,” Biden said. “I found that there’s that famous phrase from [Søren] Kierkegaard: ‘Faith sees best in the dark.’ I find the one thing it gives me — and I’m not trying to proselytize, I’m not trying to convince you to share my religious views — but for me it’s important because it gives me some reason to have hope. And purpose. I’ve learned the only way, I don’t know how you’ve dealt with it, reverend, but the way I’ve been able to deal with when my wife was killed and my daughter was killed and then my son died. I’ve only been able to deal with it by realizing they’re part of my being.”

In 1972, Biden’s wife Neilia Hunter and one-year-old daughter Naomi were killed in a car collision while Christmas shopping. His sons Beau and Hunter survived with several fractures.

“My son, Beau, was my soul, and—” Biden said, briefly overwhelmed with grief. “What I found was, I had to find purpose. Purpose. And what was the purpose? Every day I get up — I’m sorry to go on. I apologize — but every day I get up, I literally, and not a joke, Reverend, and …I ask myself, ‘I hope he’s proud of me today.'”

Biden went on to explain how inspired he’d been by witnessing the transformation that Thompson and his community have had on South Carolina in the years since the mass shooting, specifically highlighting the erasure of the Confederate flag from public statehouses. “You’re the ones who changed the attitude in this state in a way that was profound,” he said. “And I think that’s how it gets done.”

You can watch the exchange below starting around the 6 minute mark.

Biden has struggled in the polls during the Democratic primaries but is expected to perform well in South Carolina, where his presidential bid may receive a boost. 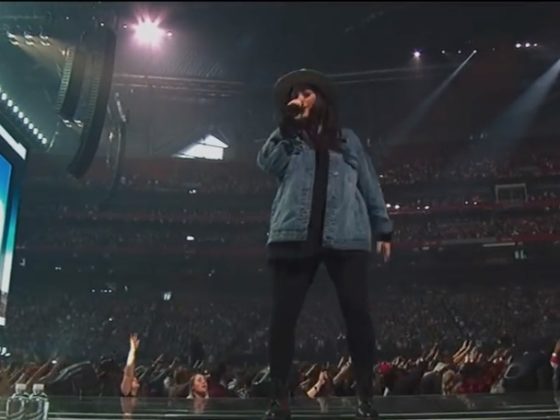 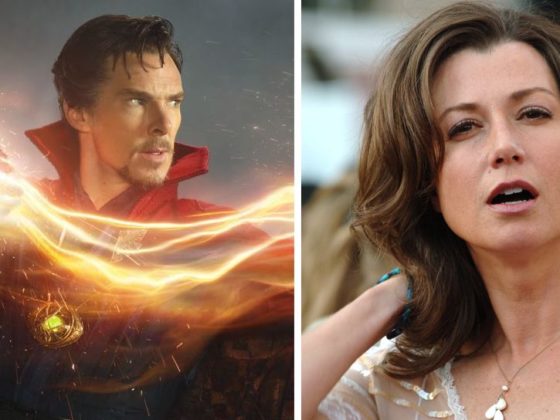