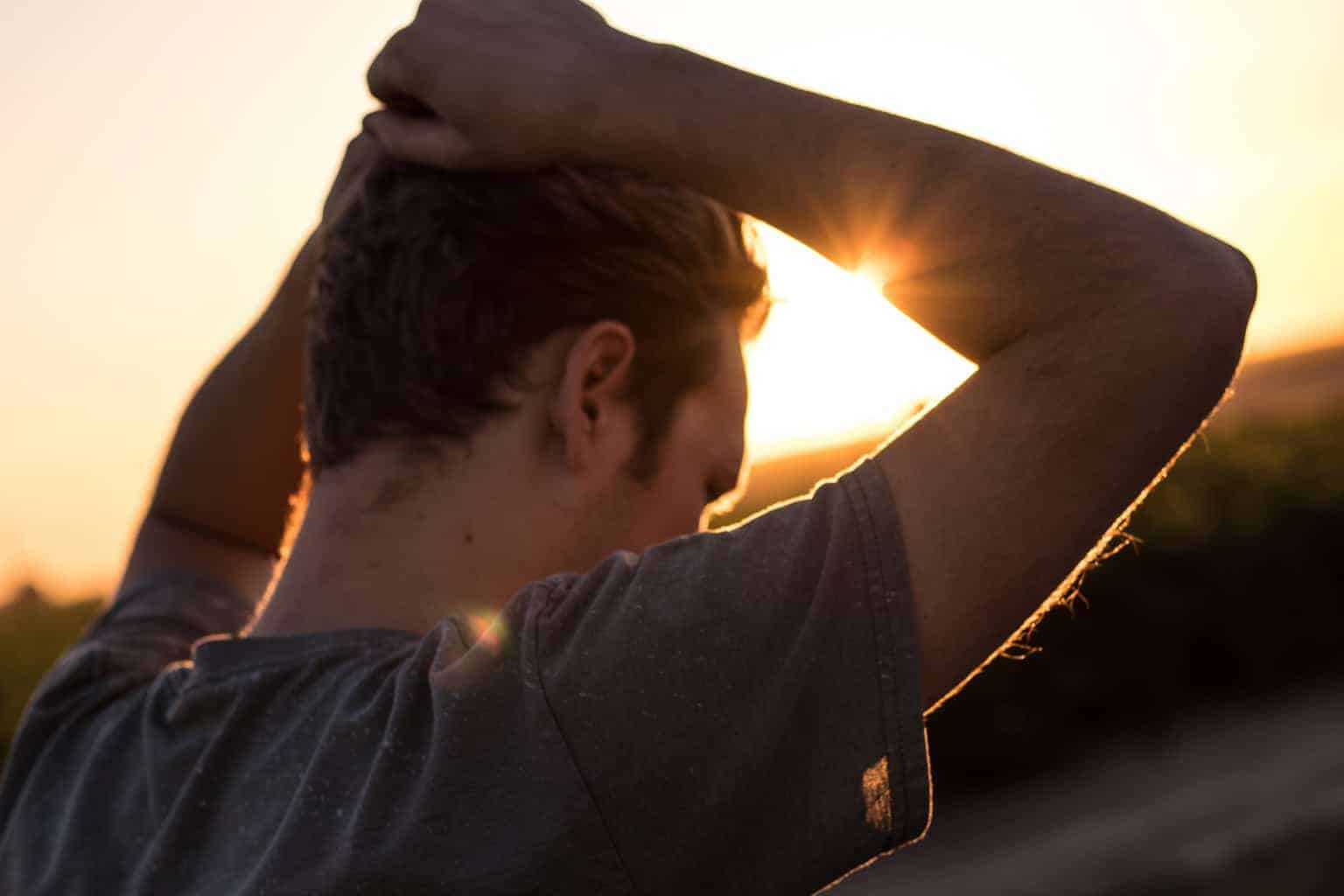 -Mohammed Fairouz, The Age of Cynicism

We live in an age of cynicism. Cynicism is a big problem and it’s tremendously popular to point that out.

Recently, here at RELEVANT, an article went viral, garnering tens of thousands of Facebook shares. The article was titled “The Most Damaging Attitude in Our Churches.”

While some praise cynicism, I’m not convinced. I can’t argue that cynicism is good.

But I think the question we need to be asking isn’t, “Is cynicism more bad than good?” (I think it’s more bad than good). Nor is it, “Are we living in an age of cynicism?” (Please pull your head out of the sand if you disagree).

The more important question is, “Why are we so cynical?”

I’ve always felt a resonance with the words of comedian, George Carlin, in this area. Carlin famously quipped, “Scratch any cynic and you’ll find a disappointed idealist.”

Our cynicism is often just a cover for our disappointment and wounds. We’re weary and wary. We’re cynics who were idealistic and are now massively disappointed.

The resurgence of cynicism makes sense. My generation entered adulthood amidst a diminished job market, with suffocating student loans and numerous reasons to distrust institutions like government and the Church. In the midst of these circumstances, it has become more acceptable to reject certain perspectives, even faith.

It is far more fashionable and practical, it seems, to trust in ourselves when we feel like others, including God, have let us down.

So, we live in age of distrust because we’ve been taken advantage of. In other words, cynicism is our way of protecting ourselves from once again being that idealist who gets torn to pieces.

I’m not writing this in praise of cynicism, but I do think this discussion of cynicism needs context. There’s a reason we reach for it.

When I think of cynicism, I think of a scab. I can remember getting scabs when I was a boy playing baseball. I’d slide into second base on rough gravel and tear up the skin on my knee pretty badly. The wounds would transform into scabs in a few days. Underneath those scabs, the skin would begin healing. Once the skin was healed (if had the discipline to not pick at it and if I protected it), the scab would fall off and I could again slide to my heart’s content.

Ideally, cynicism is a self-protection mechanism which helps us to heal and not be hurt again. It works for a short period, while the healing process takes place.

To borrow another metaphor, it’s OK to lease space in Cynic-ville; just don’t sign a mortgage because that’s where things get dangerous.

Cynicism works as a temporary bandage. And it offers a few benefits. If you’re in a room full of idealists, you need a cynic to bring everyone back to reality. Cynics who point out what’s broken and needs to change offer the rest of us a gift. But before we start praising cynicism, we need to pause and remember that there’s more to worry about here than rejoice over.

I say that as a recovering cynic. Planning to become a pastor, I graduated college, entered seminary and began an internship with a local church, carrying a healthy dose of idealism.

That idealism, though, had a very short shelf life. I was exposed to judgmental pastors who harped on other people’s sins, while failing to repent over their own. I saw those with the most power use their position to defend tradition and the status quo, causing people to stumbling over them on their way to Jesus. Those who were held up as “heroes” in the congregation penned the nastiest of emails to our staff and disparaged my family when they were out for Sunday brunch.

My shattered idealism drove me to cynicism. I became the resident expert on what was wrong, pointing out all that was broken in our church and the Church. Each week, in the “meeting after the meeting,” me and my cynical friends verbally tore others down.

I was hurt and wounded, but I didn’t know it. My anger, bitterness and cynicism were actually symptoms of the deeper problems—disappointment, grief and unforgiveness. Until a friend pulled me aside to ask me, “Scott, where’s the hope?” I didn’t realize my wounds were actually impacting others. When I stumbled on this interview with Matthew McConaughey in Men’s Health, I began to realize how far I’d fallen and how dangerous I’d become.

I agree with the writer of that recent viral piece: Cynicism is damaging. But want to know what’s even more damaging? The sources of disappointment which are making people cynical today. We need to address the symptom (cynicism), while also going after the root of the problem too.

I’ve been fighting to overcome my cynicism for several years now and here’s what I’ve learned.

Choosing to fight cynicism is the more difficult route.

Jason Duesing, the author of Mere Hope: Life in an Age of Cynicism reflects, “Often, the pull toward cynicism is easier to follow than the struggle to resist.” It is easier to remain cynical than it is to resist and struggle toward hope.

Forgiveness doesn’t mean we declare what’s broken good; it means we choose to become free from the pain.

Our cynicism recoils at the idea of forgiveness because we believe we’re letting the other person off the hook or declaring what’s bad to be good. This is one of the many lies I’ve been told and I now try to deconstruct through my writing. Nadia Bolz-Weber puts it well when she describes forgiveness as the bolt-cutters which sever the chain linking us to those who wounded us. Remaining cynical and bitter perpetuates the wounds others have incurred in our lives.

Our cynicism doesn’t just affect us.

We all have someone who looks up to us. I realized that blogging with a critical voice made it harder for my readers to find hope. When friends ask me how I’m doing, my mood and attitude impacts the environment of our relationship. Your victory with cynicism could transform the lives of other people too.

We should critique, but we need to beware of a critical spirit.

Once faced with reality, idealism can only be sustained through denial. We don’t honor the Church when we remain silent about its flaws. But we ought to check our motives and intent when we speak. Critiquing in pursuit of change, transformation, and improvement stands in stark contrast to a critical spirit which prefers to focus only on what’s broken.

Cynicism is conquered through a series of small victories.

As I learned on my journey from cynicism to hope, the road from cynicism to hope is broken and uneven. It lacks an HOV lane and all traffic moves slowly. However, with each passing landmark, we can leave behind the pain and destruction of our woundedness and discover healing.

A Word About Hope

If you struggle with cynicism, you might bristle at the idea of hope.

Hope is not idealism. Hope is very different from an unrealistic view of reality.

Hope stares reality in the face and chooses to believe something is happening (or can happen) which is different than what is visible today. This kind of hope doesn’t deny reality; this hope defies reality. Hope, in the biblical sense, marries the honesty of cynicism with the positivity of idealism.

Many of us live between the death of our idealism and the resurrection of something new in its place. Cynicism is super-attractive when we’re in that kind of limbo, but it will keep us stuck. Only hope moves us forward.

Ernest Hemingway once said, “The world breaks everyone and afterward many are strong in the broken places.” Every day, idealists become cynics. Yet, cynics can become hopeful people, whose scars reveal the places where, once wounded, they now offer robust hope to the world.

Netflix Is Considering a Price Hike to $16.99 Per Month for Ultra HD Streams