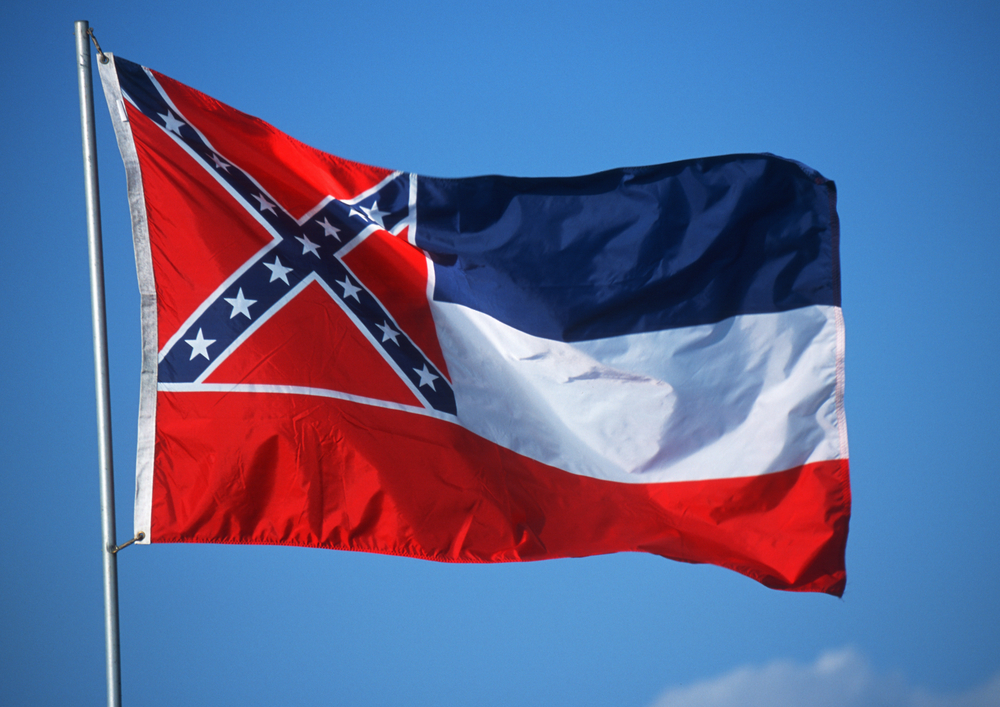 The Mississippi Baptist Convention, a part of the Southern Baptist Convention and the largest denomination in the state, is calling for a change to the state flag. The Mississippi flag is infamously adorned with a confederate emblem, and many Black Americans have long held that the confederate flag is a source of pain and division and should be removed from places of honor. The conversation has been elevated in recent weeks following mass protests spurred by the killing of George Floyd, Breonna Taylor and Ahmaud Arbery. And now, it seems, the MBC is joining the cause.

“While some may see the current flag as a celebration of heritage, a significant portion of the state sees it as a relic of racism and a symbol of hatred,” said Shawn Parker, executive director and treasurer of the MBC, noting that black Americans make up 38 percent of the state. Parker spoke with the Clarion Ledger about the change. “The racial overtones of the flag’s appearance make this discussion a moral issue… It is therefore apparent that the need to change the flag is a matter of discipleship for every follower of Jesus Christ.”

The sixteen-member executive committee voted unanimously in favor of calling for change.

“I am compelled to urge the Legislature to change our state flag,” convention President Ken Hester told the newspaper. “I do so hopefully to keep me in line with the teachings of the Apostle John who said ‘Let us not love with word or with tongue only but in deed and truth.”

“The time is now,” agreed Jim Futral, the former executive director of the MBC. “The fact is the symbol on our flag is the living, lasting symbol of tyranny, of oppression, of slavery, and war was fought. And the symbol remains. And somehow, someway, those who feel that oppression on them today, do not need to be living with that in our state.”