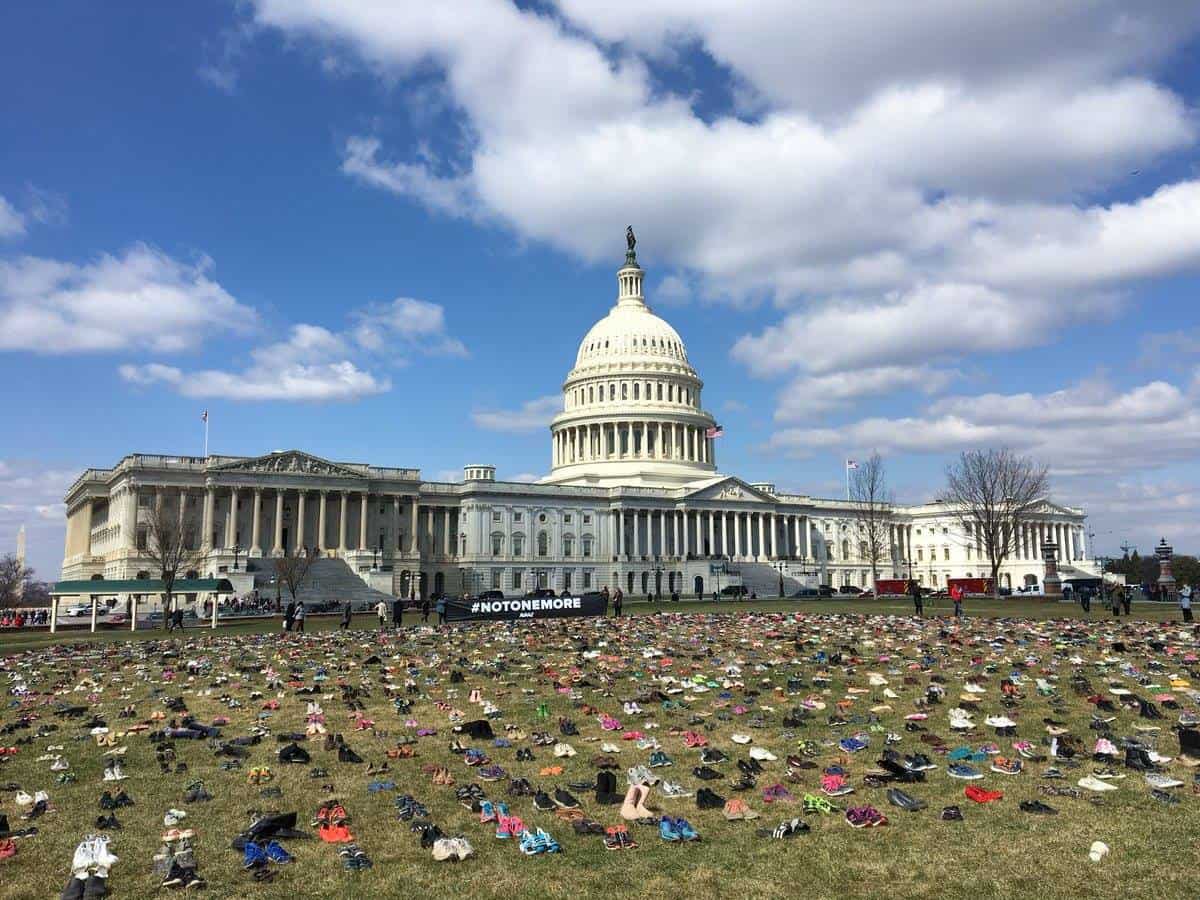 Gun control fortunately has not left the national conversation since the massacre at Stoneman Douglas High School.

As part of that conversation, the global advocacy group Avaaz organized a display of 7,000 pairs of children’s shoes on the lawn of the U.S. Capitol Tuesday. The 7,000 pairs are in memory of every child who’s died since 2012’s Sandy Hook massacre.

Such a gripping visual: There are 7,000 pairs of shoes lined up outside the Capitol. Each represents a child killed by a gun since Sandy Hook. #NotOneMore pic.twitter.com/2Y1ZND0prD

“We are bringing Congress face to face with the heartbreak of gun violence,” Oscar Soria, a senior campaigner with Avaaz, told ABC News. “All of these shoes cover more than 10,000 square feet.”

Most of the shoes were donated, but some families that lost a child to gun violence donated shoes as well.

One such example included the shoes of Daniel Mauser, who was killed in Columbine. His father Tom brought his shoes to the protest.

“I’ll be traveling to D.C. literally wearing my son Daniel’s shoes, the ones he wore the day he died at Columbine,” Mauser said, according to a statement from Avaaz. “I think this kind of event with shoes offers a very powerful metaphor both for how we miss the victims who once filled those shoes and also for how we see ourselves wanting to walk in their place, seeking change, so that others don’t have to walk this painful journey.”

Avaaz is the same group that put up three billboards addressing Marco Rubio shortly after the Parkland shooting occurred.