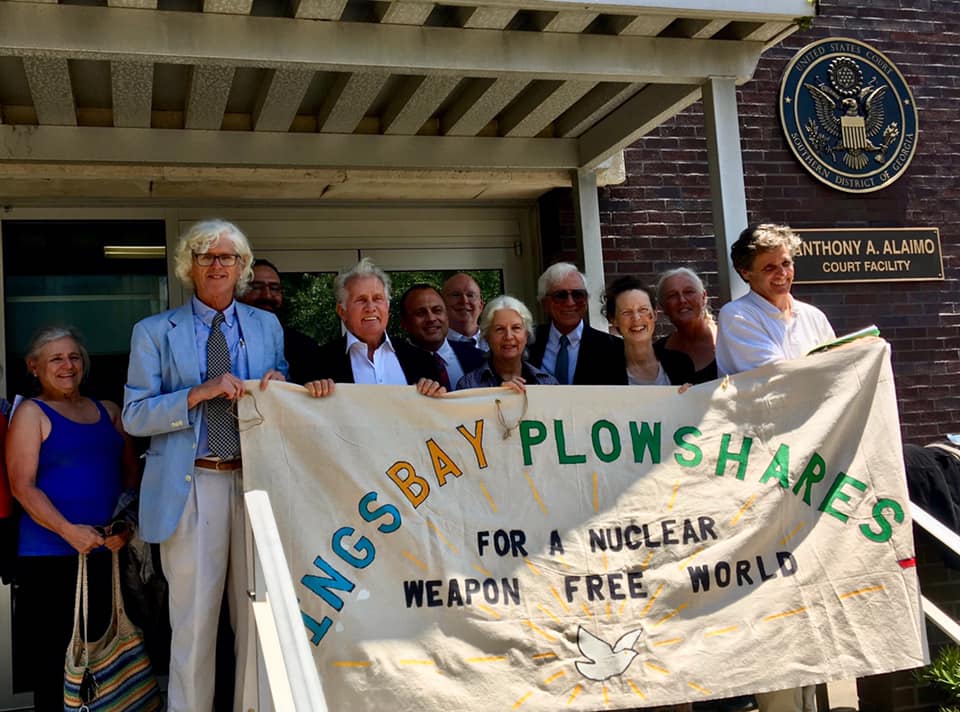 An interesting case in Georgia puts the limits of America’s religious freedom clause under the microscope, as a federal judge has denied a request from a group of Catholic peace protestors to dismiss charges against them. The activists broke into a nuclear submarine base in Kings Bay, Georgia to protest nuclear weapons and face up to 25 years in prison for trespassing on a Navy base, but argued their actions were protected by the Religion Freedom Restoration Act of 1993. That federal law argues that the government may not unduly burden the sincerely held beliefs of people of faith. [h/t Religion News Service]

Judge Lisa Godbey Wood, a federal judge in the U.S. District Court for the Southern District of Georgia, actually did agree that the activists — known as the Kingsbay Plowshares Seven — did hold sincere religious beliefs against nuclear weapons and that by prosecuting them, the government was placing an undue burden on the practice of their faith.

But she also found that the government’s prosecution of them was “the least restrictive means of furthering its compelling interests in these circumstances”, and denied all the defendants’ motions.

The ordeal started in 2018 when the Plowshares — an anti-nuclear movement named for the prophecy in Isaiah about the coming day of peace when swords will be beat into farming tools – broke into a Navy base and spilled blood on the walls and painted anti-war slogans throughout the base. All the members of the group live in Catholic Worker houses, a collection of communities throughout the U.S. that try to “live in accordance with the justice and charity of Jesus Christ.”

The group will head to a jury trial at the end of October.

Is Kanye About to Release a New Album Called ‘Jesus Is King’?