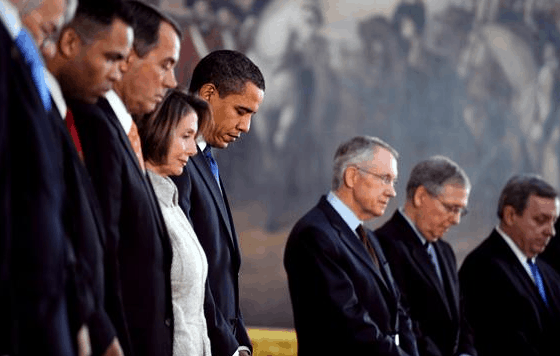 The Supreme Court is preparing to decide whether or not the town of Greece, New York, has violated the Constitution by allowing town hall meetings to be opened by a prayer, and now the Obama Administration has weighed in. Since 1997, town hall meetings in Greece have featured prayers, typically delivered by a local Christian pastor. This week, the Obama Administration’s Justice Department issued a brief, siding with the town in the case of Greece vs. Galloway, noting that prayers at legislative session date all the way back to the Continental Congress in 1774:

The unbroken history of the offering of prayer in Congress, for example, has included a large majority of Christian prayer-givers and a substantial number of prayers with identifiably sectarian references. Neither federal courts nor legislative bodies are well suited to police the content of such prayers, and this Court has consistently disapproved of government interference in dictating the substance of prayers.