On Monday, hundreds of peaceful protestors were tear gassed by armored police to clear out St. John’s Episcopal Church in Washington D.C. The reason for this show of force was to present President Donald Trump with a quiet spot to get his picture taken next to the church sign, holding a Bible.

Trump appears to have tear gassed citizens out of a church square so he could do this pic.twitter.com/Zw6fLfOJp5

Rev. Gini Gerbasi who is as rector at a different Saint John’s Episcopal Church in Georgetown was one of the people forcibly expelled by the police and recounted her harrowing experience on Facebook. She’d arrived as part of a group of priests and lay people from the Episcopal Diocese in Washington who came in “peaceful support” of the protestors. But their support turned into a nightmare, as Gerbasi recounted on Facebook.

“Around 6:15 or 6:30, the police started really pushing protestors off of H Street (the street between the church and Lafayette Park, and ultimately, the White House. They started using tear gas and folks were running at us for eyewashes or water or wet paper towels,” she wrote. “The police in their riot gear were literally walking onto the St. John’s, Lafayette Square patio with these metal shields, pushing people off the patio and driving them back. People were running at us as the police advanced toward us from the other side of the patio. We had to try to pick up what we could.”

I am shaken, not so much by the taste of tear gas and the bit of a cough I still have, but by the fact that that show of force was for a PHOTO OPPORTUNITY. The patio of St. John’s, Lafayette square had been HOLY GROUND today. A place of respite and laughter and water and granola bars and fruit snacks. But that man turned it into a BATTLE GROUND first, and a cheap political stunt second. I am DEEPLY OFFENDED on behalf of every protestor, every Christian, the people of St. John’s, Lafayette square, every decent person there, and the BLM medics who stayed with just a single box of supplies and a backpack, even when I got too scared and had to leave. I am ok. But I am now a force to be reckoned with.

Friends, I am ok, but I am, frankly shaken. I was at St. John's, Lafayette Square most of the afternoon, with fellow…

Video was of the scene was captured here.

This is how quickly things escalated when Secret Service police cleared the area surrounding St. John's Episcopal Church before the president's visit. There was no warning. pic.twitter.com/38XrcHjeRO

Bishop Mariann Edgar Budde, who organized the Episcopal Diocese’s presence at the church, issued her own statement, saying she was “outraged.”

“We in the Diocese of Washington follow Jesus in His Way of Love,” she wrote. “We aspire to be people of peace and advocates of justice. In no way do we support the President’s incendiary response to a wounded, grieving nation. In faithfulness to our Savior who lived a life of non-violence and sacrificial love, we align ourselves with those seeking justice for the death of George Floyd and countless others through the sacred act of peaceful protest.”

The photo op came on the heels of Trump’s address in the Rose Garden, in which he told local political leaders that if they did not “take the actions that are necessary to defend the life and property of their residents,” he would invoke an 1807 law called the Insurrection Act which would allow him to use the military against protestors.

The White House tweeted a video of the photo op that notably edited out any footage of protestors being cleared.

St. John’s has a long history with the White House. Known as the “Church of Presidents,” every President has attended the church at least once since its founding in 1816.

Listen to Carl Lentz’s Conversation About Racism and Protest With Bishop T.D. Jakes 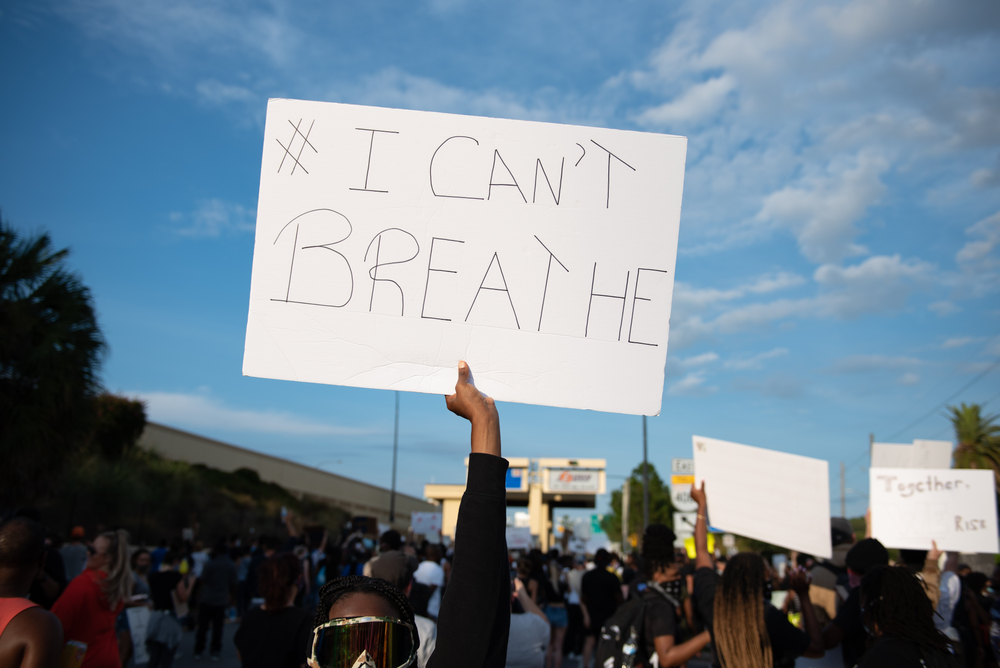 Christian Leaders Are Marching, Speaking Up and Protesting Racial Violence