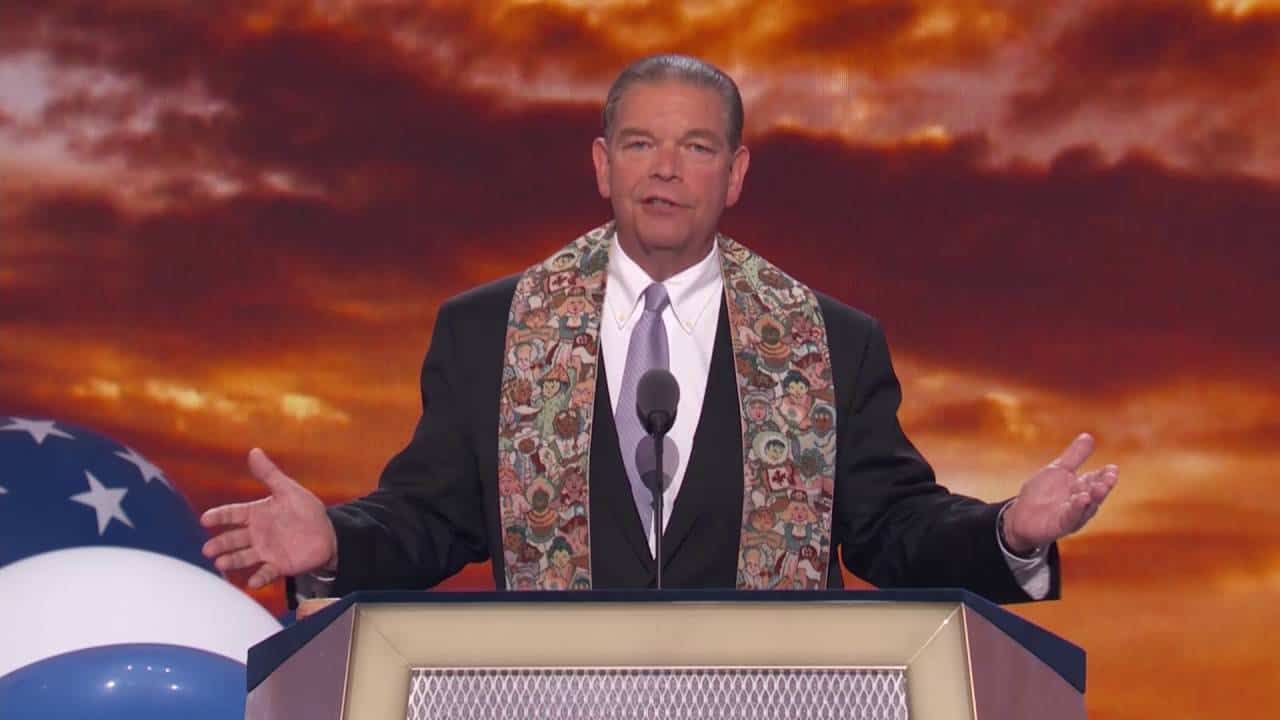 The Rev. Bill Shillady, a United Methodist minister, has served as Hillary Clinton’s longtime pastor and the author of a new book called Strong for a Moment Like This: The Daily Devotions of Hillary Rodham Clinton. The book was scheduled to be published on Tuesday, but CNN reported that portions of the book appear to have been plagiarized from other pastors. Now the Rev. Brian Milford, the president and publisher of The United Methodist Publishing House, which owns Abingdon Press, is pulling the book.

The book has an extensive list of sources, but CNN found it did not attribute one particularly notable devotion—the one Shillady said he wrote for Clinton the day she lost the presidential election. That devotion, which CNN described as “especially emotional,” borrowed heavily from the Rev. Matthew Deuel, a pastor at Mission Point Community Church in Warsaw, Indiana. But Shillady made no mention of Deuel in his endnotes.

The devotional was called “Sunday Is Coming,” and was emailed to Clinton. The text was widely shared online but last week, Deuel contacted CNN, saying he noticed some awfully suspicious similarities between Shillady’s email to Clinton and a column he wrote in March. As an example, CNN reports that Deuel wrote:

“For the disciples and Christ followers in the first century, Good Friday represented the day that everything fell apart. All was lost. The momentum and hope of a man, claiming to be the Son of God, the Messiah who was supposed to change everything, had been executed.”

“For the disciples and Christ’s followers in the first century, Good Friday represented the day that everything fell apart. All was lost. The momentum and hope of a man claiming to be the Son of God, the Messiah who was supposed to change everything, had been executed.”

There were many other examples, all of which are highlighted here.

In a statement, Abingdon Press said that the publisher “has zero tolerance for plagiarism. Consequently, we have discontinued sales, will remove existing copies from all sales outlets, and will have them destroyed along with our existing inventory.”

Shillady has released his own statement, apologizing to the publisher and to Clinton, saying “I was wrong and there is no excuse for it. I apologize to those whose work I mistakenly did not attribute. I apologize to those I have disappointed, including Secretary Hillary Clinton, Abingdon Press, and all the writers and others who have helped me publish and promote this book.” Shillady says he has spoken with Deuel, who has accepted his apology.

In fact, Deuel sounds like a very gracious, understanding person. He spoke with CNN, saying he’s not pursuing any legal action. “The last thing the world needs right now is two pastors having a public dispute over a blog,” he said. “The reality is, there’s nothing new under the sun … If my blog then, in turn, inspired Rev. Shillady and it was used to encourage Hillary Clinton, then praise God for that! Could it have been done differently? Probably. But for me to fire back publicly would be inappropriate and out of line on my part.”

Saying ‘Marriage Is Hard’ All the Time Isn’t Helping