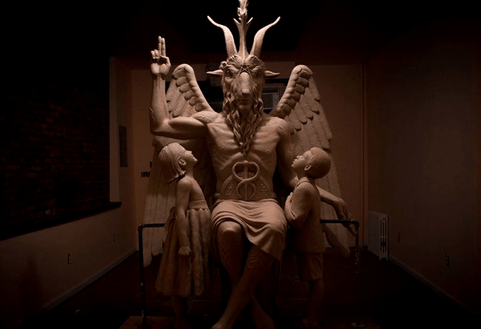 The Satanic Temple believes it has found a new home for its massive monument of demonic deity Baphomet: The Arkansas Capitol. The state’s government grounds is currently home to a large monument of the Ten Commandments, but officials recently rejected a proposal for a different religious monument by a Hindu group. The Satanic Temple first built the giant statue—which features two children at the feet of a goat-headed, winged and hoofed deity sitting on a pentagram-emblazoned throne—to be placed at the Oklahoma State Capitol. Shortly after its construction, officials ruled that its own Ten Commandments statue violated the constitution. The Satanic Temple may face a fight when it attempts to come to Arkansas, though. The governor told reporters this summer, “We don’t want just every group putting a statue on the capitol grounds. We want it to be exclusive; we want it to be reasoned. We want it to be reflective.”

12 Stats You Need to Know on Suicide Prevention Day

George R.R. Martin’s New Book ‘Winds of Winter’ Will Come Out Next Year…Maybe