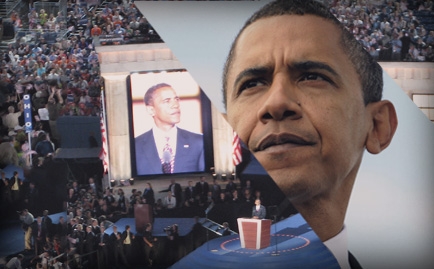 EDITOR’S NOTE: Like any election year, as 2012 progresses, political discussions will intensify—especially among Christians. For believers,there are always complicated questions of faith and policy, how oneaffects the other and when the two should be held separate. But whilethe questions might be the same, the answers people have are oftendifferent. Which is why RELEVANT is taking a few weeks to ask Christians ofvarious political backgrounds to describe how they arrived at theirparticular view and why they vote the way they do. We’ve already heard from a Christian Libertarian and a Christian Republican. Now, David Masciotra shares why the call for compassion leads him to embrace Democratic ideology.

When people break one of the rules of healthy conversation and directly ask me about my politics, I say: “I have a Christian concentration on the neighbor and the stranger. I oppose large, unaccountable entities, such as big government and big business, that are forms of concentrated and centralized power, which rob from the individual and community, dignity and autonomy.”

If there was a Christian Concentration party, I would register for it and vote accordingly. Unfortunately, the calcified chaos of American democracy—with all its beauty and brutality, all its triumph and terror—is a system of bad choices. Many elections become contests between two people fighting to emerge as the least reviled character. American citizens often vote against a feared candidate rather than voting for an admired one.

Retreat and withdrawal are tempting alternatives to political engagement, but the stakes on issues of health care, war, education, immigration and poverty are far too high to ignore. Small changes and incremental improvements are measurable with a human scale, and translatable in terms of life and death.

The Birth of a Democrat

I came of age during one of the most tumultuous decades of American history. I was 16 years old when I watched, on a television set in a high school classroom, the Twin Towers crumble into the pavement of New York City, burying the bodies of thousands of murdered people. The violence, death and destruction continued for my country with two wars, one in Afghanistan and one in Iraq, that I felt had no legal or moral justification. I was 20 years old when I watched a hurricane smash into one of America’s greatest cities, New Orleans, and felt shame as bodies floated down the street, families desperately waved from rooftops and thousands sat in the squalor of the Superdome for five days without assistance from the federal government of the world’s richest nation. I was 23 years old when years of deregulation, predatory lending and vampiric manipulation of markets led to a financial collapse that crushed the backs of the already broken poor, already wounded working class and previously protected middle class.

When First Lady Michelle Obama made the regrettable gaffe of describing her husband’s ascendancy to the presidency as the “first time” she had been “proud of her country,” I understood her sentiment, even if I did not appreciate her clumsy and extreme articulation.

Since taking office, President Obama has taken America from the death rattle of losing hundreds of thousands of jobs a month to the slow but hopeful rhythm of job creation. He has ended the war in Iraq, and has taken a promising step toward ending the cruelty of the domestic war waged between health insurance companies and their carriers. It is no longer possible for an insurer to deny coverage for a person with a pre-existing condition. The president recently proposed a massive increase to student aid for college students, and demands that grants for higher education institutions are only made available to schools that can prove they are taking measures to lower tuition.

None of President Obama’s accomplishments are messianic nor are they indicators of America’s arrival at a utopic moment in its history. His failures and flaws are sizable and significant. His achievements and attributes, however, signify some loyalty to a vision of governance that places the people as a priority. In my opinion, the modern Republican Party has done little to truly help the general American public. President Bush could not even sign his support to an extension of the State Children’s Health Insurance Program. Some of his peers currently running for the presidential nomination of their party have consistently used racially coded manipulation (Newt Gingrich’s "food stamp president" line comes to mind) to exploit fears of black Americans, illegal immigrants and the poor, as they promise to eliminate the paltry assistance that already exists for struggling Americans.

Religion, Politics and the Call to Compassion

Stanley Hauerwas makes the profoundly insightful and important point that even if St. Paul writes in Romans 13 that “everyone must submit to governing authorities,” the governing authorities are not immune to the exhortations and demands of Romans 12. “Be devoted to one another in love,” “Practice hospitality, “Bless those who persecute you” and, “If your enemy is hungry, feed him,” make up a contextualizing manifesto for good government.

The manifesto is built upon the foundation of commandments that Jesus gives to those seeking answers about entry to His Kingdom: “Whatsoever you do unto the least of these, you do unto me” and “He who is greatest among you shall be your servant"  (Matthew 25:40 and Matthew 23:11, respectively).

Everyday people must pass evaluation and stand before judgment on how our actions or indifference helped or harmed the poor, and how we rose to the James 1:27 challenge of “looking after the orphans and widows.”

From the school board to the Senate, and from the local politician to the American president, the call of Christian compassion also applies to the elected official. The call reverberates to the voting booth, especially in a country where the government is intended to exist, function and operate by, for and, most importantly, of the people. The inclusion of the word “of” in Lincoln’s Gettysburg Address delineates a democracy of responsibility. We may not like bearing the burden, but we are complicit in the actions of our government. We are complicit every time our government turns its collective head away from the emaciated bodies of starving children, just as we are co-signers on every action taken to empower the poor and enhance their quality of life.

Religion and politics, despite their contentious reputations, have often consummated a flirtation with freedom, peace and justice. Martin Luther King and other Christian ministers led the Civil Rights Movement in the United States. Bishop Desmond Tutu and other clergy contributed to the destruction of apartheid in South Africa, and Pope John Paul II was the principal player in liberating Poland from the skin-shredding shackles of communism.

In the recent years of American politics, however, the injection of religion into politics has polarized and paralyzed more than it has united and healed. No issue divides the populace with a greater gulf than abortion. Former President and current Sunday school teacher Jimmy Carter writes in his book Our Endangered Values that the best way to end abortion is through poverty relief, improvements in affordable health care options, sexual education and contraceptives. He points out what statistics from all credible health and human rights organizations confirm; in countries where abortion is illegal, it is not only still common but deadly.

President Carter’s argument is compelling, and it is one worth considering. It is unfortunate that the Christian Protestant Right often kills conversation by questioning the Christian credentials of anyone who doesn’t share their worldview, while many Catholic Bishops advocate denying Communion to any politician who does not vote exclusively according to their definition of “pro-life.” Pro-life should also mean better health care, stronger education and more poverty relief.

The Democratic Party does not fulfill the service obligations of Matthew, Romans and James, and it never will. It does, in my opinion, come much closer in its attempt to do so than the Republican Party. In a country as large and troubled as America, we can measure the mileage with human bodies.

For that reason, and for the contrarian reason of standing against the voices of the Christian Right that try to claim ownership of Christianity and intimidate the Christian Left into silence, I am happy to answer questions about my ideology with the same words used by President Franklin Delano Roosevelt: “I am a Christian, and I am a Democrat.”

David Masciotra is the author of Working On a Dream: The Progressive Political Vision of Bruce Springsteen (Continuum Books). He is also a columnist with PopMatters. For more information visit www.davidmasciotra.com.