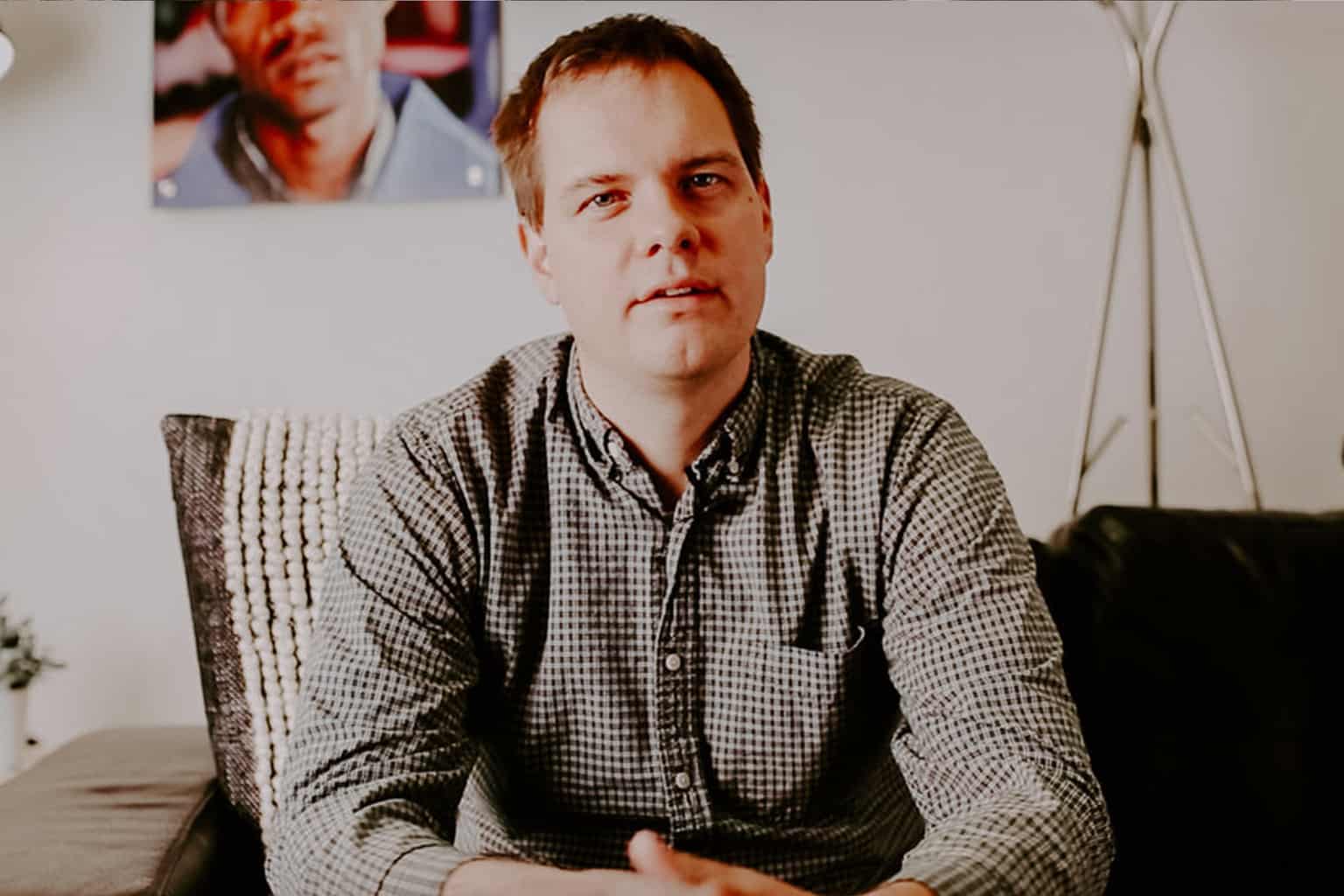 Matthew Soerens serves as the U.S. Church Training Specialist for World Relief, which is the humanitarian arm of the National Association of Evangelicals. In his role, he empowers evangelical churches to understand the realities of immigration and respond in ways guided by biblical values.

He co-authored Welcoming the Stranger: Justice, Compassion & Truth in the Immigration Debate back in 2009, which touches on the idea of immigrants and common stereotypes they are disposed to, along with providing specific actions you can take to reach people from all nations (and has since been revised and expanded).

RELEVANT caught up with Soerens while he was in El Paso, Texas, to talk about the zero-tolerance policy and what’s currently happening at the border.

RELEVANT: When you tried to get close to the temporary holding areas in Texas, what could you see?

Soerens: We saw it in the distance, they wouldn’t let us in of course. But we wanted to talk to some people to try and raise awareness of what’s been happening. Turns out things are happening quickly with some policy changes, which we’re still trying to understand exactly what they mean in practice.

We were certainly not allowed to go into the facility. I’m not outraged by that. They need to protect children and I wouldn’t expect them to let everyone into their facility.

But you can see it in the distance, it’s big white tents. I think people have focused a lot on the conditions inside and that’s important for sure, but to me the most significant factor that’s very troubling is there’s kids who showed up with their parents who were taken away from them because of the zero-tolerance policy that is still happening.

Yesterday, as we were there, the president was signing an executive order. There are some positive things about that order, at least in its intentions, to say that we should stop separating families. But I think the underlying zero-tolerance policy is still in place, which leaves a lot of questions on how they’re going to avoid separating families with the existing law. Either they’ll have to change some laws, defy a court order or get the judge to change their mind, so there’s just a lot of questions right now.

As of now, the executive order says that if you’re caught crossing the border illegally, you’ll be detained until a court date. But instead of being separated, they’re going to detain families together, is that what this order says?

That’s what the order says is their intention. It also acknowledges that there is already a consent decree that says children cannot be detained for more than 20 days. Even with their parents. What they’re basically doing now is telling the judge, you need to change your mind. Because we need to detain these families. And what they have not said yet, to anything I’ve read, is what will happen to those families once they’ve hit 20 days detained and the courts say you have to not detain the child anymore? Do you take the child away from the parents at that point and keep the parents in detention? Do you release them with an ankle bracelet or something like that?

If you were only here to request asylum and were here with children, it was very unlikely you’d be charged criminally. Federal law enforcement has historically exercised discretion when people are coming to present the case for asylum, which U.S. law allows them to do. And that’s the policy that has not changed at all, that zero-tolerance policy is still in place.

You were recently in D.C. meeting with the Evangelical Immigration Table, which is a team of evangelical leaders who have come together to influence immigration policy. What were those conversations like?

The Evangelical Immigration Table is a broad group of evangelical Christians across multiple different organizations. We’ve been working together for years to bring this issue to light from a biblical perspective. We want to encourage Congress to address these issues in ways consistent with biblical values.

I think people are horrified by the idea of taking kids away from their parents. I would caution people that the announcement made yesterday, it’s positive. We should be thankful that our government is paying attention. But it is only marginally better to say we’re going to detain kids and families together than to say we’re going to separate them.

My belief is we should go back to what we’ve done historically: If there’s no reason someone is a threat to anyone, there are no criminal issues or public safety threat, we can give people a court date and let either their extended family or local church groups help them take care of this situation. Then they can show up for their court date and our legal system gives them due process to determine if they qualify for asylum, which would allow them to stay. And if they don’t qualify, they’d be deported.

But what’s going to happen now is, if the judge allows it, then they’ll be stuck in detainment until their court date, which can sometimes be months. Our fundamental view is that kids don’t belong in jail. Certainly not away from their parents, but they don’t belong in jail with their parents either. And neither do people who are coming simply to avail themselves to asylum protections offered by law.

Press secretary Sanders said something along the lines of, if Christians and religious leaders are upset about this, maybe they should open their churches to help. What are some ways individuals in church communities can do that?

For the children at the center of this debate, there’s not much the churches can do. They can’t access those kids. They’re in secure facilities. And you don’t want to send anyone without a background check in there. But I think it’s a little disingenuous to suggest “you should just go help them.”

I can tell you there are many churches who have reached out to us that would love to help.

I just had someone ask if we could do a drive for stuffed animals. And I had to say, we don’t have anyone to get them there to those children.

One thing we’ve been doing at World Relief, we don’t have a physical presence on the border, but we have about 20-25 offices around the country that do immigrant legal services. But we’re sending some of our immigration attorneys from other parts of the country to the border area wherever they can be helpful. It costs money to transport people and get them down here, and you could find out about that on the World Relief website.

But there are some things that can be done on a very high level, with organizations like Catholic Bishops and Bethany Christian Services that work with the department of health and human services to provide foster care for unaccompanied minors. That is a very high level of commitment so please don’t do those on a whim, but it’s an incredible way to serve these kids.

We’re not too far away from November elections, and a lot of the immigration policy falls down some partisan lines. What do you recommend concerned Christians do to influence positive change in immigration policy on a political level?

Your elected officials, both your members of Congress and the White House need to know that this policy, separating kids from their parents, is unacceptable. But also, this zero-tolerance policy, I think is really problematic. One thing that the Evangelical Immigration Table has done and will continue to do is to urge the president, the attorney general and maybe members of congress to reverse that zero-tolerance policy at the border.

At World Relief, we’re not a partisan organization, so we’re not going to tell you who to vote for in November. But we are gonna tell our elected officials on both sides of the aisle that we want them to pursue policies that we think are consistent with the values that recognize the dignity of every person, that recognize that God has established families and what He has established we shouldn’t be tearing apart.

God has a particular concern for those who are vulnerable. To the immigrant, the foreigner, the alien depending on your translation of the Bible into English, that category of person is vulnerable. They’re very often mentioned alongside the orphan or the widow in the Old Testament. And God not only tells His people to love them, protect them and seek justice for them, He also establishes laws for the Israelites that are designed to make sure they have their basic needs met and are provided for. I think it’s appropriate for us to have laws and insist on laws that protect vulnerable immigrants and orphans and not to create orphans by taking their parents away from them.

So I would encourage people to vote with that issue in mind as well as other issues. But reach out to members of Congress now. The Evangelical Immigration Table has sign-on letters to the president, that we posted to our live stream on our Facebook page. If you go to WorldRelief.org there’s a link to that sign-on letter as well.