If you’ve read C.S. Lewis’ landmark series, The Chronicles of Narnia, the books likely influenced you in no small way. In The Magician’s Nephew from that series, there’s a scene I can’t get out of my mind.

When Aslan the lion speaks to the creatures of Narnia and to the human children who visited there, they heard his voice: good, strong, kind, magical. Yet one character, Uncle Andrew, simply would not feel welcomed or joyful in Narnia’s flourishing, then-peaceful world. Aslan explained:

“I cannot comfort him … he has made himself unable to hear my voice. If I spoke to him, he would hear only growlings and roarings. Oh, Adam’s sons, how cleverly you defend yourselves against all that might do you good!”

When Aslan crowns the first King and Queen of Narnia, just a few pages later, he charges them with this benediction:

“Be just and merciful and brave. The blessing is upon you.”

We live in a decidedly un-Narnia-like world. It is full of wars, corruption, abuse and antagonism that parades as “that’s just the way things are.” Yet there are still movements of hope, goodness and flourishing.

The tune of society is largely pessimism and anxiety, crowded by what-ifs and entrenched in the practice of distancing from those who are different. It’s especially perplexing to hear the siren songs of many Christians: defensive, reactionary, insular.

An example of this is recent rallies against allowing Muslim refugees into American cities. A number of Christians are asking, “How would America and Christianity survive against such threats as Islam and ISIS?” Marginalized are voices that sound like the strong and kind God of the Bible, whose message to His people is, “Be just and merciful and brave. The blessing is upon you.”

Have we cleverly defended ourselves against all that might do us good?

In several conversations with friends and family—and the social media flurry that cites more opinions than facts and faith—I’ve come across more Christians resistant and even vitriolic toward Muslims—whether Muslims of the moderate majority or radically violent minority.

Voices of some Christian leaders sound more like bitter political candidates. One such voice in the fray is Tony Perkins of the Family Research Council, a political lobbying group. Perkins declares sensitivity and diversity are modern unnecessities, and he broadly opposes allowing Muslims into the United States because he believes most of them want to destroy it and enact Sharia law.

For being a Christian minister and leader of an organization whose mission is “to advance faith, family and freedom in public policy and the culture from a Christian worldview,” Mr. Perkins doesn’t seem to reference, in this article, much (or any) of the Bible and God’s heart on the matters of immigrants, refugees or people who do not believe what Christians do. Perhaps that’s because his agenda hasn’t taken into account God’s agenda.

Let’s begin with the facts and then move into the realm of faith.

I have to say I like Mr. Perkins’ catchy article title (“How Do You Solve a Problem Like Sharia” made me hum the Sound of Music tune). Certainly, Sharia law sounds like a terrible system for anyone to live under, just like other oppressive government structures that soil human dignity and freedom. I do not want Sharia law in the U.S., nor do I want any form of government-run religious laws oppressing anyone, anywhere.

Thankfully, a wide majority of Western-influenced Muslims do not support Sharia. The CSP poll mentioned by Mr. Perkins was sourced by a routinely misinformed man who’s been proven highly inaccurate and conspiratorial on multiple counts. According to a recent Pew Study, a sizable portion of Muslims living in already oppressive nations are in favor of Sharia (likely because they’re already living in it); however, the portion is significantly smaller in European nations to which some have immigrated. Additionally:

Muslim spokespeople in the U.S. are aware of this, and adamantly oppose radicalized, violent wings of Islam and are working against it while not retaliating against the hate they’ve received simply for being moderate Muslims.

There is a way to disagree with the religious and governmental worldview of some and still treat them like humans. Thankfully, some Christian leaders are recognizing the level of hate against Muslims has to stop—for the love of God and people made in His image.

The Survival of Christianity

To answer Americans and Christians in their fear of Muslims, both moderate and radical: Even though I’m aware of the extremity of Sharia law and its implications, yes, I believe Christianity can and would absolutely survive despite it.

The Church has already survived radical oppression and opposing ideology, and she will again.

I believe that because Christianity has historically survived the occupation under the Roman Empire, the convoluted Middle Ages, the violent uprising between Catholics and Protestants in Europe in the 1500s and 1600s. Some German churches remained faithful even when the Nazi regime tried to dismantle them for failing to subscribe to their hateful, bastardized version of Christian teachings.

Interestingly, Christianity already survived severe restrictions and Sharia law under oppressive Islamic societies in the 700s through the 14th century in the Middle East.

Today around the world, the Church is alive and flourishing in places like North Korea, Sudan, Pakistan, Eritrea, Nigeria, Vietnam, Kenya, India, Ethiopia, China and more—despite restrictive and even oppressive violent government policies and practices against Christians.

But this isn’t news to God. Early Church leaders wrote about persecution: “The oftener we are mown down by you, the more in number we grow; the blood of Christians is seed” for the growth of God’s people.

Most of all, I believe the Church will endure because Jesus promised, “I will build my church.”

How God Told Us to Solve the Problem

As followers of Jesus, we can enjoy America and the Constitution and all that comes with being a citizen (that’s another conversation), but our primary allegiance is not to a nation; our goal is not to persuade the world of the American way of life. The writers of the Bible insisted that we are citizens of the kingdom of God, and aligning our values and actions with the kingdom of God is our goal for changing the world.

Following the way of Jesus, we see Muslims not as enemies, but as people we are commanded by God to love and reach with a life-changing message. Like we were once enemies of God and He welcomed us, we can invite Muslims to experience reconciliation with God. If the Gospel is for us, it is for them, too. He shows no partiality.

To answer Mr. Perkins’ question, “How do you solve a problem like Sharia?” I suppose Jesus would answer with radical, life-changing love in the message of the Gospel. After all, He knows a thing or two about facing a violent government system, turning unjust laws on their head and living as a child of God.

Even in the face of danger, Christian faith gives us hope because our God has conquered death. As one author said it: “Death is a thing empires worry about, not a thing resurrection people worry about.”

Friends, let us remember who we are and who we follow.

Be just and merciful and brave. The blessing is upon you. 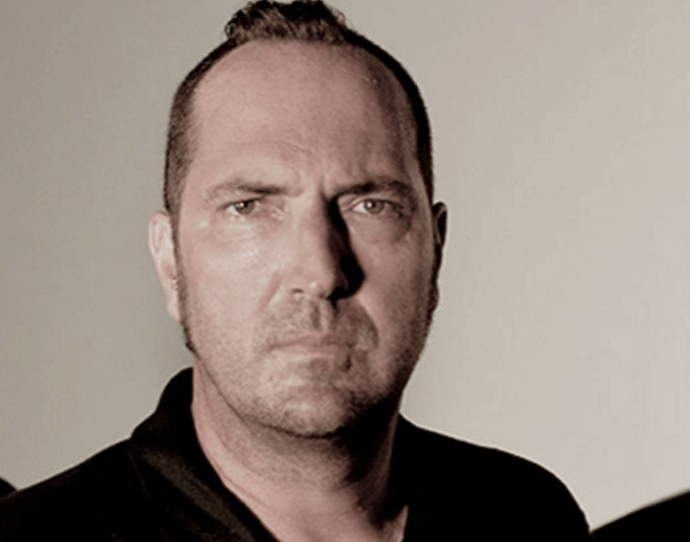 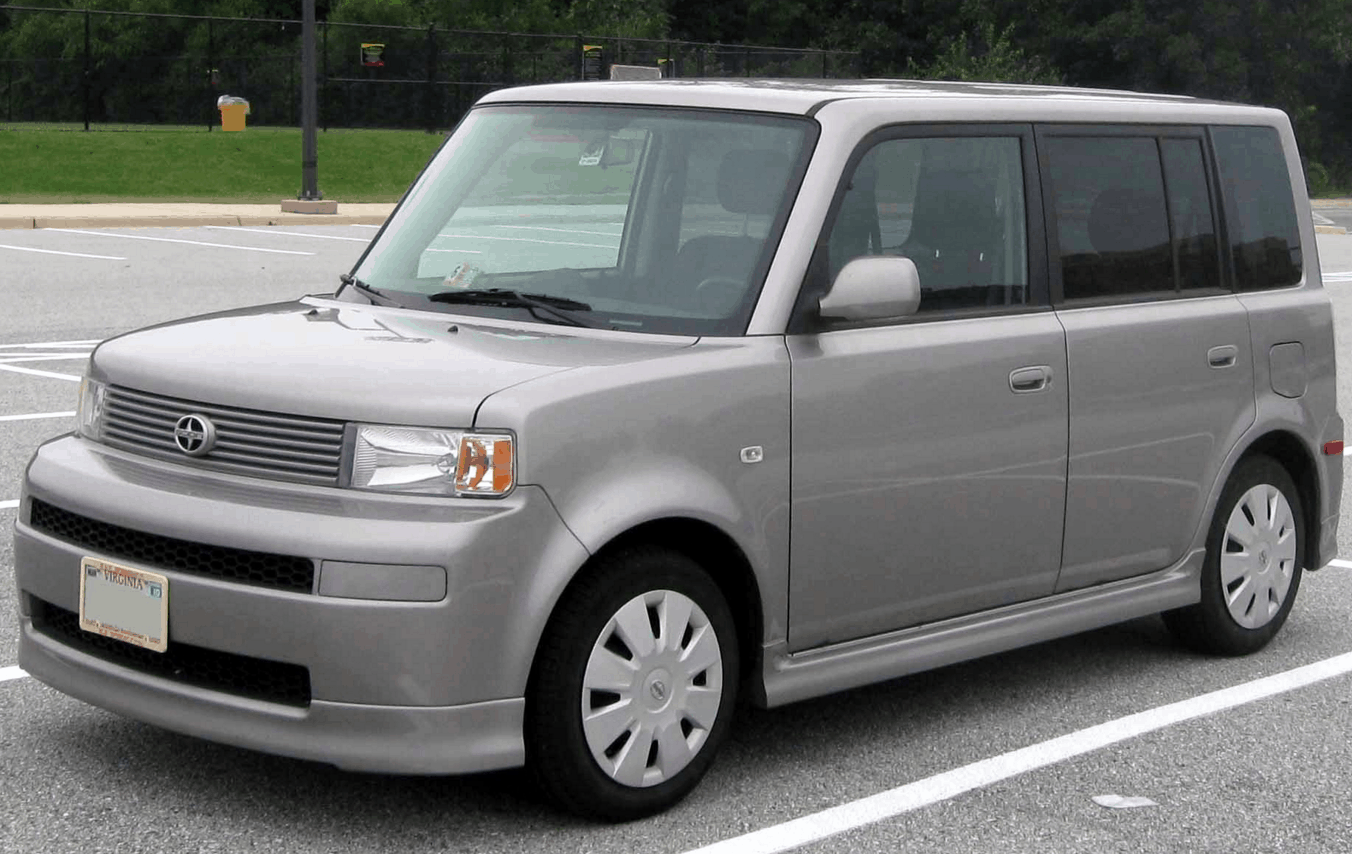 Toyota Is Pulling the Plug on the Geometrically Bold Brand Scion