Over the years, millions of listeners have gotten to know the public radio personality through his popular weekly radio show (and podcast) This American Life. The NPR program offers a mix of long-form journalism, radio documentaries, interviews and even occasional short stories. Though each week the show’s different stories, which are broken up into “acts,” are all loosely connected to a theme, This American Life can be a different, unique program week-to-week.

This American Life often features a variety of formats and topics, but the one constant is Glass. His likable, good-humored personality opens each show with introduction commentary, and listeners instantly get the impression that no matter how ambitious the topic that week’s episode is tackling, the show isn’t really about a topic. It’s about people. It’s about individuals of different backgrounds, beliefs and values who have a story to tell.

Like all good storytellers, Glass understands that “themes” don’t make good stories—people do.

That’s why Glass’ comments on the media and Christianity are so insightful.

Ira Glass is an atheist. As he explains in this interview with author Jim Henderson —which took place in October of last year but was spotlighted this week on the culture and education site OpenCulture.com—Glass grew up going to Hebrew school, but he embraced atheism during his teen years.

To hear Glass tell it, he didn’t have any animosity toward faith. He simply reached a point where atheism made more sense to him than God and the Bible. “I feel like there wasn’t even like a moment of revelation,” he told Henderson. “It was a dawning on me that the story of the Bible didn’t really seem to add up.”

Glass wasn’t hurt by the church or religion. He didn’t have an ax to grind. He simply didn’t believe.

But for Glass, a man whose career has been predicated on seeing people not just for what they profess to believe but instead by the stories their lives represent, Christians are just like everyone else. They’re real people, with real stories to tell.

In the interview, Henderson asks if the reason This American Life often features stories about Christians is because Glass is “intrigued” by them.

The exchange is telling. Both because of what Glass says and the follow-up questions Henderson (who is a Christian) asks.

Glass: What do you mean?

Henderson: The political involvement, and the public stances that they take. You don’t think it’s well deserved at times?

Glass: That they’re covered badly? No.

Even Henderson seems to at least suggest that, at times, Christians deserve to be depicted unfavorably.

Glass goes on to say many groups in America feel the media covers them poorly, but Christians seem to get it “especially bad.” He says while making This American Life, he noticed many television shows and movies would depict Christians “as these hot-head, crazy people.” This depiction didn’t match his own experience with Christians he knew personally.

“The Christians in my life were all incredibly wonderful and thoughtful and had very ambiguous, complicated feelings in their beliefs. And seemed to be totally generous-hearted and totally open to a lot of different kinds of people in their lives,” he says.

He says Christian co-workers, some of whom kept Bibles on their desks and would invite him to see “rapture movies,” were kind, genuine people. “There were Christians in my life, who I felt close to and adored, that were nothing like the way Christians were being portrayed.”

At one point he says, “What Christians really are is not being captured by the press.”

For Glass, what helped him see the media depiction of believers was unfair wasn’t how well the Christians he knew defended their beliefs—it was their actions. It was the way they lived their lives. It was their stories. He may disagree with the principles of their faith, but the Christians he came to know lived lives that told stories of kindness and generosity. It’s hard to argue with those stories.

There are two tendencies among Christians when confronted with someone who disagrees with their beliefs. One of them is to defend the faith by pushing back against accusations. The other is to defuse tension by apologizing for for perceived wrongs. And, the truth is, there is value in both of these actions—but is there a way to do both?

Often times, the line between defending your beliefs and apologizing for your fellow believers can simply be found by living your faith. The reason the media finds so many bad stories about Christians is because these tendencies—to defend our faith or apologize for other believers—both lend themselves to negative perception.

By doing what the Christians in Glass’ life did—maintaining a nuanced and steadfast worldview, but also living a life of kindness to people of all beliefs—we can tell stories that are different than the headlines.

Christians sometimes are the victims of bad press. Some media outlets will always look for attention-grabbing sound bites and sensational behavior. But faith isn’t about the big headlines. It’s about the small stories. 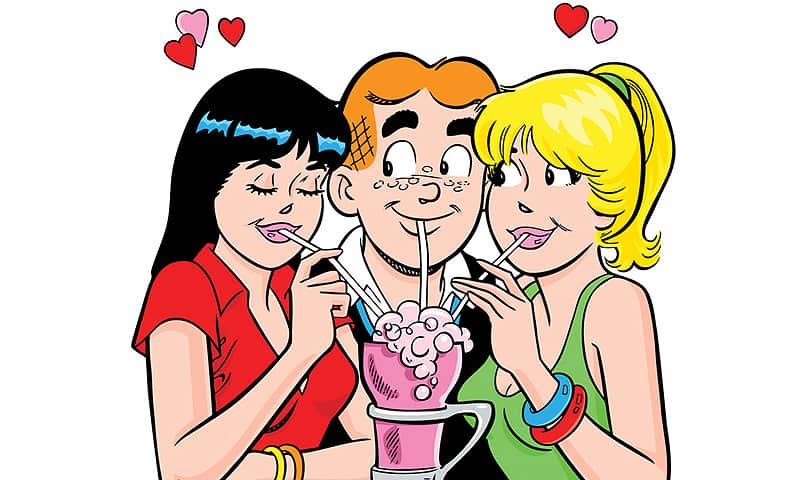 The ‘Archie’ Movie Of Your Dreams Is Finally Getting Made