This Saturday, when college football teams finally burst from the locker room and out onto America’s collective big screens, they’ll be joined by the much-hobbled, much-maligned, but very much still competitive Penn State Nittany Lions. They have a stellar, proven lineup. They have a history of winning. They even have the attention of a nation. What they do not have is a chance at victory. The NCAA has banned Penn State from any post-season games for the next four years.

It’s the NCAA’s prescribed punishment of one of the darkest chapters in the history of college athletics, handing Penn State University a series of sanctions including a $60 million fine and the four-year postseason ban in response to the University’s role in covering up sexual abuses by former Defensive Coordinator Jerry Sandusky.

Sandusky was convicted in June of 45 counts of criminal misconduct including endangering the welfare of children and involuntary deviate sexual intercourse. In mid-July an independent investigation led by former FBI director Louis Freeh stated that “the most powerful people at The Penn State University,” including senior administration and head football coach Joe Paterno “failed to protect against a child sexual predator for over a decade” and “exhibited a striking lack of empathy for Sandusky’s victims” in order to protect the University and its revered football program from negative publicity.

In addition to the financial penalties and competitive sanctions, the NCAA vacated all 112 of the Nittany Lions’ football victories from 1998-2011.

Gallons of ink have been spilled telling the many stories of the Penn State scandal—stories of misdirected pride, moral corruption, and lost perspective – but this last number may tell the saga’s most universal story—a story that goes past the inhuman horror of the headlines to something that lies at the heart of each and every one of us.

During the period when this secret, insidious narrative was developing, a different but related narrative involving Penn State football gripped the college football world. For over a decade, Joe Paterno and Florida State head coach Bobby Bowden engaged in a personal competition for one of college football’s most coveted records, the Football Bowl Subdivision career wins record. Passing Alabama icon Paul “Bear” Bryant only 73 days apart, the two coaches spent the twilight of their careers in a two-horse race for coaching immortality.

For eight seasons, neither coach conceded what increasingly became a war of attrition. Both coached into their eighties amidst declining health and effectiveness. From 2006-2009, Bowden coached the Seminoles to a mediocre 30-22 record and labored through his final two seasons with a “head coach in waiting” beneath him. In Happy Valley, Paterno enjoyed a more insulated existence but experienced similar struggles. From 2000-2004, the Nittany Lions went 26-33, and though the program experienced a minor renaissance in the late 2000s, the college football community grew increasingly skeptical about Paterno’s coaching role.

With only a handful of wins separating them, it was clear that the coach that coached the longest would win. Accordingly, the desperate, and at times comedic, struggle for longevity continued until 2009 when the law of diminishing returns caught up with Bowden first. Under growing pressure from boosters the Florida State legend announced his retirement with 388 wins. At the time Paterno had 393.

Paterno, it seemed, had won the war and cemented his legacy. However, when the NCAA vacated 112 Penn State wins, 111 of Paterno’s coaching wins were vacated as well. Consequently, the sanctions dropped Paterno from first to 12th on the career wins list and lifted Bowden to the summit he could always see and never touch.

If the crimes of Jerry Sandusky and the subsequent spiral of silence at Penn State created college football’s greatest horror story, the recent sanctions levied against Penn State have given the once comedic Paterno-Bowden narrative flavors of a Shakespearean tragedy.

Paterno, who passed away less than three months after being fired by Penn State, gave his life to building a legacy in the game of football. Now, this legacy has been permanently forfeited as the result of his lack of integrity and leadership. Likewise, Bowden, a man who could only give up competition when forced, has now obtained the record he so desperately desired in the most unfulfilling way—by not competing for it. In a twist of irony, both coaches sacrificed dozens of years, thousands of hours, and countless relationships in desperate pursuit of a legacy that will now forever elude them both.

Though there are many institutional and societal lessons to be learned from the Penn State scandal, perhaps the story’s most personal lesson can be found precisely here.

In his Pulitzer Prize winning book, The Denial of Death, the late Ernest Becker claimed that human beings are innately wired to seek transcendence. According to Becker, all humans seek to transcend death; the only true variable across cultures and individuals is how we choose to do that.

In other words, the great question of human existence is not whether you believe in the existence of transcendence but where you seek to find it. And the greatest possible tragedy that can befall a human life is to seek it in a place that doesn’t really offer it – to spend your life building a beautiful sand castle only for the tide to come and take it away in the end.

When we look at the crimes of Jerry Sandusky and the widespread abrogation of responsibility at Penn State, we might be reminded that we live in a sinful world or of the dangers of pride, power, and money. But beyond these vague reminders the story feels alien to us. We shake our heads in bewilderment and wonder how someone else could do such a thing.

But the anticlimactic conclusion to the Bowden-Paterno narrative holds up a mirror to each of us. Their story is our story, and it confronts us with painful questions. Are there cultural values, mechanisms for transcendence, we’ve bought into that are little more than corrosive illusions? Are we seeking the eternal among the temporal? Will we spend our lives desperately running races for money, achievement, and legacy only to discover at the finish line we were running on a treadmill? Like Bowden and Paterno, will we give our lives to a quest, only to find it has betrayed us in the end?

The Incomplete Politics of Poverty 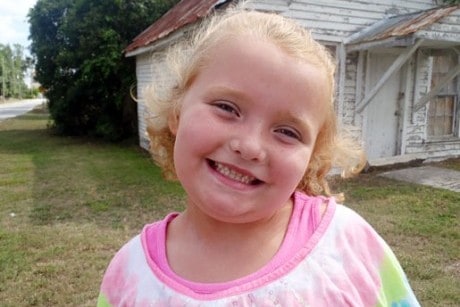