If your word association for the Philippines is volcanic islands or white sand beaches fringed with palm trees, you’re on the right track. But that’s only part of the story. While it’s rightfully known for its charming, happy-go-lucky people and the allure of its 7,000 tropical islands, this Southeast Asian country has a darker side.

Just like 166 other countries in our world today, the Philippines has a strong presence of human trafficking. At least 400,000 Filipinos live in slavery today, forced to work on fishing vessels, in factories and fields, in prostitution and as child soldiers. But with the proliferation of technology reaching even the most remote villages, the Philippines is now becoming the global epicenter for the online sexual exploitation of children.

What’s even harder to digest is that many of these cybersex businesses are operated by families. Children are being victimized in their own home—sometimes by a parent or a sibling.

How and Why it Happens

Why does such a disturbing industry thrive? Because it’s lucrative, for one. In the Philippines alone, cybersex is a billion-dollar industry profiting off tens of thousands of children, who are in no short supply given that 40 percent of the population is under 18.

And there’s no shortage of demand, either. At any one time, the UN and FBI suspect as many as 750,000 people are online in search of child cybersex. The steady flow of deviant desires and addictions of others—Westerners, primarily—is what supplies the deep reservoir full of child victims.

But it’s the vulnerability of the victims that created the reservoir in the first place. More than one-fifth of Filipinos live in poverty and around one in three people in Manila live in slums teeming with unemployment, drug and alcohol abuse, and homeless. An outcome of desperation and brokenness in the home is the 250,000 Filipino children living on the streets, making them prime targets for traffickers.

This breeding grounds for exploitation is further fueled by a hypersexualized mainstream society. From films to advertising to the internet, even the sexualization of children is pervasive and normalized. And with the legal age of sexual consent in the Philippines being only 12 years old, the notion of youth involved in cybersex or prostitution is less confounding in this context than one with greater social and legal protection for children.

The Philippine government isn’t being completely complacent in all this. It started establishing laws against human trafficking back in the 1990s, made cybersex punishable in 2012 and is meeting the minimum standards to eliminate human trafficking according to the U.S. Department of State. But what good is a law against exploitation when parents are so desperate to feed their families that they choose an unfavorable option that feeds the family?

And yes, non-governmental organizations have industriously spread awareness by posting hotline numbers everywhere from airports to subways to ferries, amongst other campaigns. But how effective are awareness campaigns if families running cybersex businesses don’t consider their work to be exploitative, arguing that the client isn’t actually laying hands on the child? Or if the children themselves don’t identify as victims because sex is normalized?

What Can We Do About It?

It’s easier to villainize large-scale criminal syndicates, but how do we reconcile parents exploiting their own children?

The short answer is: There is no easy answer. It’s not as straightforward as good or bad parenting. It’s more than a simple matter of supply and demand. It’s far more complex than touting anti-porn messages or building more shelters. To address the online sexual exploitation of children in the Philippines, the entire system needs to change.

Families need better access to education and secure employment. Legislation needs to better protect children so adults can’t legally have sex with 12-year-olds and claim it was consensual. The judicial system needs to be strengthened to prevent re-traumatization and to bring closure. Droves of more child-welfare professionals are needed to help restore survivors. The foster care system needs to be better equipped to support parents taking on children who have been removed from abusive households. Boys and male victims of trafficking need far greater access to shelter and rehabilitative services.

That may seem like a tall order—and it is. Like any other form of human trafficking around the world, there is no one fix-all solution. But that doesn’t make it impossible, or even intangible.

Human trafficking starts at the breakdown of relationships, usually in the home. Children who are sexually exploited online are four times more likely to come from homes with poverty, addictions, neglect, domestic violence and low levels of education.

So while change needs to come from the systemic macro level of Philippine law, economics and social welfare, it also needs to start at the most basic level of human connection and values. Relationships in families and communities need reconciliation. Children need greater knowledge of their rights and understanding of their value. Seeking mental health support must be accessible and de-stigmatized. Value systems fueling exploitation need to shift so that humans are loved instead of used and are taught that they have worth and value—no matter what their past looked like or how bleak their future might seem.

With issues as heartbreaking and disturbing as this, we need to wonder what God’s perspective is. God must celebrate the beauty of the Philippines’ stunning landscapes and cherishes the gentle, generous spirits of its people while mourning their pain and yearning for justice.

Maybe God sees the Philippines in a similar way that God sees all of us: beautiful but broken, caught in the cycle of wrongdoings and shame, but always within reach of grace and healing. 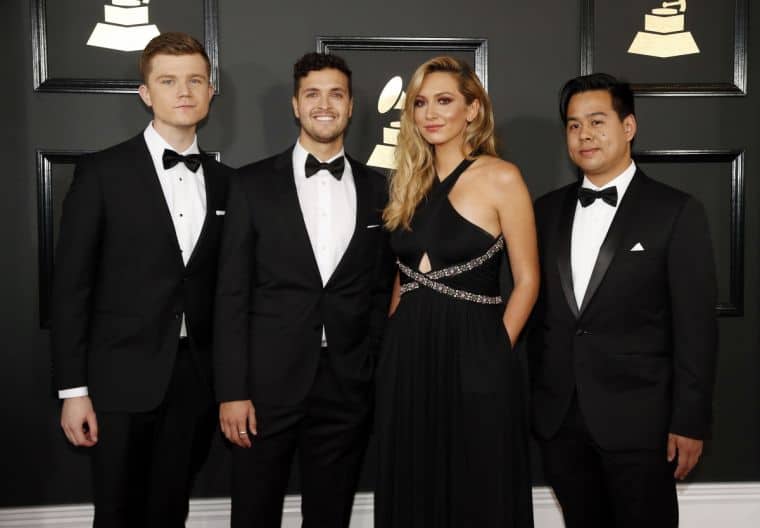 Hillsong Is Opening a Church in Israel

Americans Have Warmed Up to Different Religious Backgrounds, Except for Evangelicals