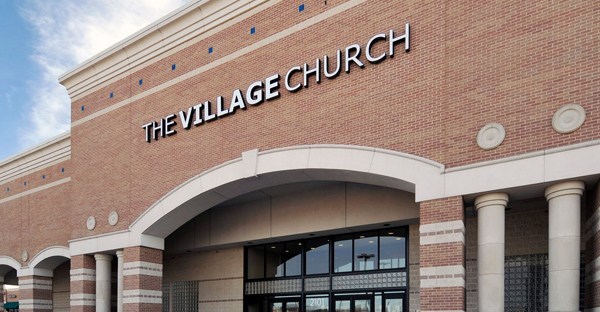 On Monday, The New York Times published a lengthy piece on how The Village Church and its senior pastor, Matt Chandler, handled an instance of sexual abuse by its associate children’s pastor.

The story raised yet more concerns about how churches handle victims in their midst, and what processes are and should be in place for navigating the sexual abuse crisis rocking the Southern Baptist Convention. [h/t New York Times]

In 2018, Christi Bragg and her husband told The Village Church that their daughter had been sexually abused at the church’s summer camp when she was 11 years old. Later, the church’s associate children’s minister Matthew Tonne was arrested for the crime.

While the Village Church did report what happened to the authorities and terminated Tonne’s employment, the Bragg family still left the church over what they felt was painful treatment on the part of the Village leadership team. Bragg said her family wanted acknowledgment, an apology, an explanation or even just a conversation with Chandler over what happened, but have yet to receive any of it. According to The New York Times, Bragg feels that the church’s “instinct to protect the institution outweighed their care for her daughter or their interest in investigating the truth.”

When Bragg’s daughter first told her parents about what had happened at camp, about six years after the actual incident, Bragg promptly contacted the police and The Village Church. Church leaders were initially quick to act, filing their own police report and promising to meet with the family. But after that, the Braggs say their attempts to follow up were not returned, and they had to call again to request a meeting — one that the church finally scheduled three months after the Braggs’ first report. The meeting itself was unfruitful, and none of the church’s top three pastors were in attendance.

Later, the church announced that Tonne was taking some time away for “personal” reasons, and encouraged the congregation to send him thoughtful notes and messages. After his employment was officially terminated, the church blamed an “alcohol abuse problem.” According to the NYT, Bragg “did not understand any of it — the reason given; why Mr. Tonne’s preferences were considered, but not hers; why he got notes, but her family did not.” Later, Chandler announced to the church that a minor was sexually assaulted at a camp, but did not name the abuser. Tonne’s lawyer says his client has been falsely accused.

The Village Church declined to be interviewed by The New York Times, but released a statement saying they had cleared all their external messaging with the Bragg family “in an effort for honesty, transparency and to avoid any embarrassment or concern.”

And then there is the matter of MinistrySafe, a popular organization that many churches, including The Village Church, work with to provide training and sex abuse prevention tips. Bragg was told that MinistrySafe was consulting the church on her case, but when she asked if she could speak with someone at MinistrySafe, she was told that would be a “conflict of interest.” That’s because MinistrySafe is run by lawyers, who help minimize their clients’ risk in situations like this. It founder, Kimberlee Norris told the NYT “my job is to prepare ministries. I am a lawyer, not a counselor.”

Bragg and her family left the church following another meeting in which no pastors were present. She wrote a letter explaining the family’s decision to her campus pastor, saying “What we encountered Wednesday was a church that has made a conscious choice to protect itself rather than reflect the Jesus it claims to follow.”

The Village Church followed proper legal protocol — something that has eluded many other SBC churches in similar situations. And having a legal team handy to navigate things like allegations of abuse is understandable. But the Braggs seem hurt and bewildered by what they perceive as a lack of communication they received from their church leaders.

You can read the whole report here.