The subject of women preaching — always a touchy subject in American ecclesiology — has been particularly testy in recent months. Christian author and preacher Beth Moore drew so much online criticism over her preaching that she formally left the Southern Baptist Convention. Meanwhile, SBC pastor Tom Buck equated women in the pulpit with white supremacist pastors. And conservative evangelical icon John MacArthur has been beating this drum for a while now. “If women are in charge, we’re in trouble,” he told his congregation in 2019. “When women take over a culture, men become weak. When men become weak, they can be conquered. When all the men have been slaughtered, you [women] can sit there with all your jewelry and junk. You’ve been conquered, because you overpowered your protector.” Some men really will preach a sermon instead of going to therapy.

But beyond the polarizing social media sphere, women preachers are getting less controversial all the time. The Association of Religion Data has been tracking the subject for several years, and they found that across the board, more churches are welcoming women to the pulpit. In fact, majorities of all Protestant demographics surveyed say women can preach at their main service. 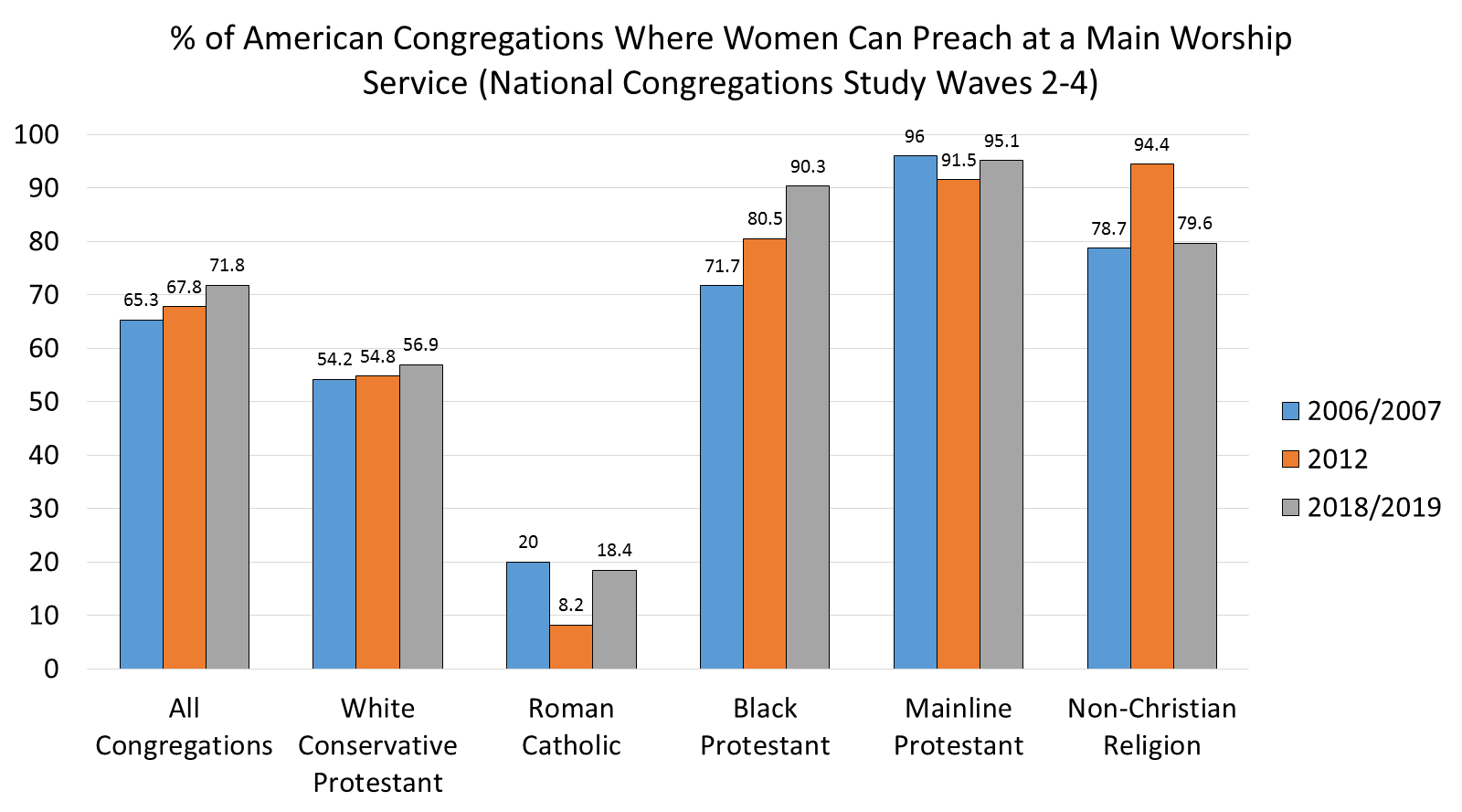 The poll doesn’t collect data on specific congregations, which is unfortunate. It’d be interesting to see how Southern Baptists responded to this question relative to, say, United Methodists. But still, the broad strokes of the data are interesting, and encouraging for women who feel called to preach in the church.