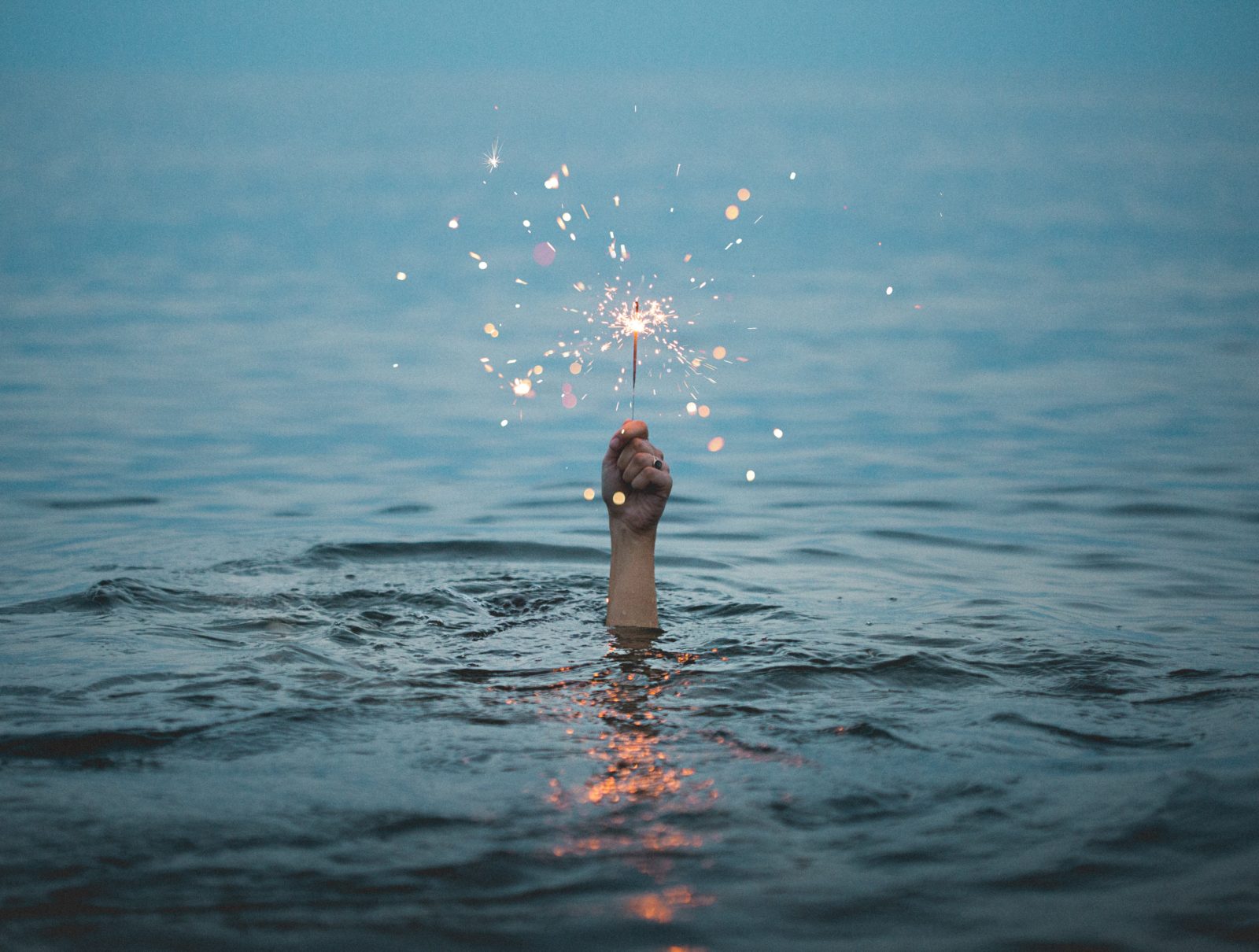 Four years ago, this strange micro-trend appeared: A handful of Dallas-area megachurch pastors were diagnosed with cancer within the span of about 12 months.

Now, we’ve don’t exactly have a shortage of large churches here in Dallas, but still, it was weird and disturbing.

It hit closer to home because my pastor was one of the handful. Andy’s diagnosis was out of the blue, and it was serious: stage 4 colon cancer by the time they caught it. Grim stuff.

From my somewhat removed vantage point, it was odd to see an easygoing, fiftysomething, Harley-riding pastor suddenly saddled with such a somber malady. But Andy, to his credit, remained calm.

As one frequently wracked with anxiety, I was curious about the source of Andy’s calm. Is he just that confident God will answer all our prayers for healing? I wondered. I figured it had to be that or good old-fashioned denial, but it was neither. A church-wide email from Andy in 2009 explained what was really going on.

He wasn’t naively optimistic about his health. Stage 4 colon cancer is far too serious to allow that. And as a pastor, he had visited too many hospital rooms and presided over too many funerals to think that any of us get to live forever.

No, Andy wasn’t optimistic, but he was hopeful. I realize now that for Christ-followers, the difference between naive optimism and grounded Christian hope is both monumental and monumentally misunderstood.

A Negative View of Optimism

If we can loosely agree on that definition without picking too many semantic nits, we’re immediately confronted by optimism’s limitation: It’s inherently circumstantial. Circumstances, as we know, often fail us. Imagine what happens then when we baptize that optimism and call it faith.

The problem is that businesses fail, and cancer patients die, even among the faithful. One way to interpret these outcomes is to infer that God is disinterested, weak, cruel or simply nonexistent. Frankly, I’ve been there.

But another way to interpret these outcomes is to allow them to crush our optimism—to rid us of the notion that clean living leads to nothing but sunshine and unicorns—so that we may instead take hold of a hope that supersedes our circumstances.

When the Apostle Peter wrote what we now refer to as his first epistle, he addressed it to people who were both “God’s elect” and “exiles scattered” (1 Peter 1:1). If ever a tribe longed for better circumstances, if ever a people needed hope, Peter’s audience certainly did. And so the apostle offered them this encouragement:

Praise be to the God and Father of our Lord Jesus Christ! In his great mercy he has given us new birth into a living hope through the resurrection of Jesus Christ from the dead and into an inheritance that can never perish, spoil or fade (1 Peter 1:3-4).

Peter doesn’t assure them the persecution will die down soon. He doesn’t claim God will reward their faithfulness in suffering with health and wealth and influence. He doesn’t paint them a picture of the day when Christianity becomes the official religion of the empire. Why not? Because He knows better.

Peter knew what happened to John the Baptist. He saw Jesus and Stephen in the hands of angry mobs. He had lived in exile as both a Jew and a Christian. And according to John’s Gospel, Jesus even warned Peter about the kind of death he’d experience (John 21:18-19). So no, Peter doesn’t sing his readers a first-century adaptation of “Tomorrow” from Annie.

Instead (and I’m eternally grateful to an old Tim Keller sermon for illuminating this passage) Peter holds out to them a living hope mediated by a resurrection that trumped the worst of circumstances, which is connected to a shared inheritance that is altogether impervious to circumstances.

The rest of Peter’s letter is beautiful, of course. He explores the inner workings and outworking of this living hope, and all this to a people who rejoiced in the midst of their suffering (v. 6).

Hope For, Hope In

Don’t think I’m saying it’s somehow wrong to hope for healing or peace or success. Andy certainly did. But what we hope for should always be second to what—or who—we hope in.

Andy hoped he would beat the cancer and spend a couple more decades here on Earth. He made no bones about that. But the source of his calm was a short phrase in the middle of a passage he quoted from Psalm 39: “My hope is in you.”

When the Apostle Paul suffered his infamous thorn in the flesh, he pleaded with the Lord to take it away. In other words, Paul hoped for relief. Paul hoped for better circumstances, but ultimately he hoped in the Lord.

In that instance, God did not take away the thorn. Rather, He gave the suffering apostle Himself—grace, power and presence—and that was sufficient.

Andy did beat that cancer, by the way. Four years later, he’s still easygoing, and he’s still riding that Harley.

Our community praised God when the chemo worked and the scans came back clean, but not because God had demonstrated Himself worthy of our affection by healing our pastor. No, we praised God because we had experienced a little bit of what it meant to place our hope in Him whether sick or well.

As Christians we may or may not receive what we hope for, but the One we hope in stands ready to give of Himself instead.

The King Does Come

Our health may fail. Our relationships and careers may run off the rails. Armies and economies and nations may collapse under the weight of their power lust. But Christian hope lives because our Redeemer lives.

Hope says God has not abandoned us in the world. His story is that He pursues us, dwells in us, intervenes for us and will not forget us when He finally determines to set the world to rights.

I appreciate the way Frederick Buechner articulated Christian hope in a little book titled A Room Called Remember: “… the hope that into the world the King does come. And in the name of the Lord. And is always coming, blessed be He. And will come afire with glory at the end of time.”

Now that is something to hope in.

Scott McClellan is the Communications Pastor at Irving Bible Church. You should follow him on Twitter @scottmcclellan and read his book, Tell Me a Story.