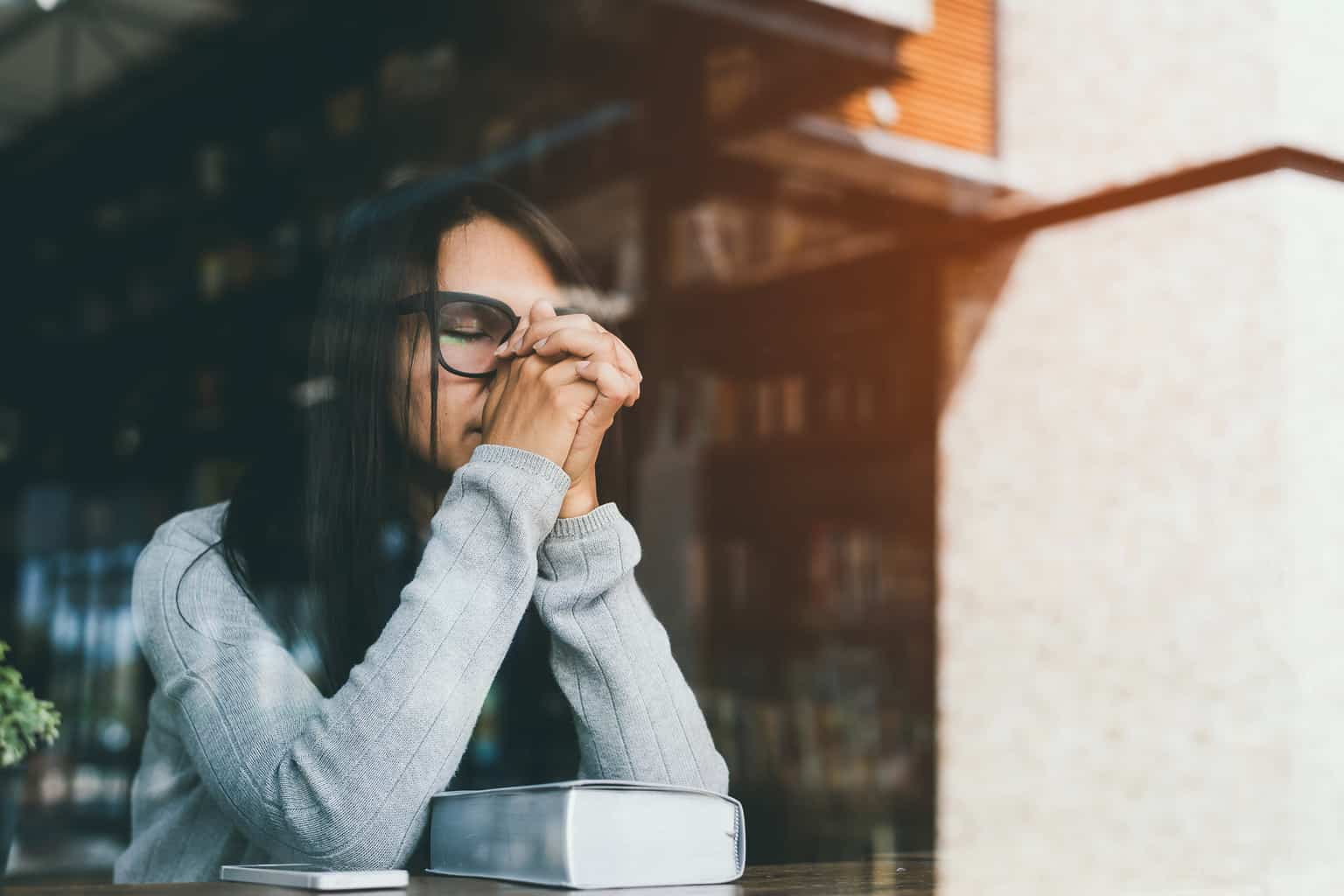 If I could just stop talking to God, I would probably be a good atheist today. I lost my faith repeatedly in early adulthood, or so I thought. Raised evangelical, by my sophomore year of college Humpty-Jesus had fallen apart, and all the C.S. Lewis in the world could not put him back together again.

I’d believe again briefly, for a stint, but then I’d go to church or read the Bible and realize that no, huh-uh, I had just been fooling myself: This stuff was bunk. Jesus did not walk on water. Moses never parted the Red Sea. Mary never found herself angelically pregnant because these things do not happen. If they do not happen, then Christianity is pretend, and I’m free to get on with reality.

And so I’d get on—or try to. But something kept bubbling up within me, unconsciously, irresistibly, like an acid reflux of doubt. I’d be running a mountain trail or preparing a savory meal or reflecting on a conversation with a good friend, and a deep, guttural “Thank you” would burp out. I’d say a prayer of gratitude to a God whom I believed was likely not there.

Those were the good times. But prayer happened in the hard times, too. Maybe I was out of money. Or bemoaning some pain caused by my dad. Or terrified at the thought of building a career. Scared of losing my mom. Whatever the hard thing was—in times like these, prayer came as an instinct, an annoying nudge of the soul. I was sorry for it, because it felt like a betrayal of my skepticism. But no matter what I thought about God—which was that he was a figment of our feeble, ancient-addled imaginations—I’d find myself praying. Praying for comfort, praying for insight, praying for peace. Praying like some kind of believer.

And so I was. Over time, I came to terms with the fact that I believed. Like it or not, I was never going to shake this faith thing. I just had to figure out how to live with it, in large part because I so depended on the habit of prayer. Prayer was a good thing, a healthy thing and for me, a necessary thing.

It just felt right. Not always—sometimes prayer would leave me cold. But often enough, prayer had this uncanny knack of putting my interior world to rights.

So I committed to a daily prayer practice. I learned to use the Book of Common Prayer. I practiced silence. I prayed the Psalms. I prayed the Lord’s Prayer slowly, a phrase at a time. I kept a list of friends who needed help of some kind and prayed for them on the daily.

Mostly I did this because the more I did it, the more I accumulated evidence that prayer made my life run a whole lot better. Sometimes I’d go a week or so without praying, but inevitably prayerlessness would leave me feeling unmoored, irritable, more self-consumed, less self-content. Eventually, I’d give in and drop to my knees, go to the woods or stop by a random chapel in town. I’d talk to God again, and most every time I did (not every time, but most every time), prayer would reorient me.

I gained focus. I gained clarity and confidence. I was more mindful of others, less self-consumed. I unclenched, somehow, whatever I was holding onto, and moved through my days with more ease of heart and mind.

I stopped worrying about whether this practice was intellectually defensible. I did it because it needed to
be done.

My mother is probably to blame for my prayer problem. She taught me and my sister prayer the way she taught us speech—by just doing it all the time and letting osmosis do its thing. My mom emitted prayer. She would talk to us and God at the same time—you’d say, “It’s going to rain tomorrow,” and she’d respond, “Oh, thank you, Jesus.” Mom praying is the first thing I saw each morning: the most indelible image of my childhood is her sitting at the kitchen table with her head down.

For some people, perhaps, praying parents can be oppressive, but my mom had a way of praying constantly while wearing it lightly. It wasn’t an affront; it wasn’t even an invitation. It was just her finding her way by talking to God. Because of my troubled dad, our home could be a hard place, but mom made every day softer, and seeing her pray opened the possibility that things might be about to get better.

Prayer made that possibility feel constant, even when it was distant.

Still, you can’t blame your parents for everything. At some point, I embraced prayer for myself. I have only myself to blame for the fact that I’m a pray-er today.

I could have resisted the impulse, I suppose. I didn’t really want to believe in God. But if you’re going to pray anyway, you might as well get past those doubts, and believe.

Patton Dodd is the co-author, along with Jana Riess and David van Biema, of The Prayer Wheel: A Daily Guide to Renewing Your Faith with a Rediscovered Spiritual Practice.

Over 200 Syrian Civilians Have Been Killed By Airstrikes This Week