I often hear Christians say that we should be more like the early church. And I must admit, I’ve been one of those Christians. But if we linger on how this would look, I wonder how many of us would rather stay put in our 21st century churches. After all, first century Christians clung to a set of values that differs quite radically from most Christians today.

How We View Other Christians

One uncomfortable value trumpeted by the early Christians was their view of the church as a family. The first Christians saw themselves as brothers and sisters and mothers and fathers to everyone who was part of the Christian community.

This is, of course, well known to anyone who reads the New Testament. But we shouldn’t read the church-as-family metaphor through the lens of our modern-day Western family values, where our high-maintenance grandparents are shuffled off to retirement homes and annoying siblings are treated as outcasts.

In the first century, the family unit extended far beyond the nuclear family and was held together by an unconditional bond of commitment and service. You didn’t have to like your relatives, but you were expected to love them.

It’s within this context that Jesus and Paul blew open the doors of the home and welcomed in all believers as brothers and sisters. They created a new focus on the family that extended far beyond one’s nuclear relatives and included people of every race and social strata who gave their allegiance to the risen Christ.

How We Spend Our Money

Many churches today spend most of their revenue on salaries, building mortgages and other material supplements to ministry. Look at any church budget and you’ll probably find 1 or 2 percent of church funds allocated to benevolence—helping poor people in need. Maybe another 5 percent, or 10 percent at best, is given to needs outside the church that on some level help the poor.

When the New Testament talks about giving, it refers to redistributing money to the poor—usually, poor believers outside church walls (Romans 15:22-29; 1 Corinthians 16:1-4; 2 Corinthians 8-9). When Paul declares “God loves a cheerful giver” (2 Corinthians 9:7) for instance, it was in the context of Gentile churches giving money to poor Jewish believers living in Jerusalem. In fact, Paul spilled more ink talking about giving to poor people than he did on the doctrine of justification by faith.

Jesus Himself said that giving to the poor is one of the main criteria of genuine faith (Luke 12:33, 14:33, Matt 19:16-30) and the primary means by which He’ll sort out the wicked from righteous on Judgment day (Matt 25:31-46). If we take Jesus’s words seriously—and our church budgets suggest that we don’t—our suburban churches might look a little different.

How We Think About Power

Another modern value that was unknown to the early church is militarism. Militarism refers to the “belief or desire that a country should maintain a strong military capability and be prepared to use it aggressively to defend or promote national interests.” There’s no doubt about it—militarism profoundly shapes American values.

But it also shapes American Christian values. Military historian Andrew Bacevich has unearthed the roots of American militarism and has discovered that the man behind the curtain has been none other than the evangelical church. After much research, Bacevich concludes: “Were it not for the support offered by several tens of millions of evangelicals, militarism in this deeply and genuinely religious country becomes inconceivable.”

But the early church was unmistakably not militaristic. Early Christians were never fascinated with the power of the Roman military; rather, they clung to the rhythm of the cross, where evil is conquered not by swords and spears but by suffering and love. In fact, the most quoted verse among early Christians was Jesus’s command that we should love our enemies (Matthew 5:44); it was the John 3:16 of the first few centuries.

Today, it’s buried under a pile of caveats and footnotes—we can’t really love all our enemies. When it comes to people perceived as threats, most people today—ironically, even Christians—prefer justice to grace.

Maybe Christians should serve in the military or use violence as a last resort to defend the innocent. These are tough questions to answer. But when the Church has become the turbo engine behind the military machine—to aggressively defend or promote national interests—we flee from our early church roots, whose allegiance to God’s Kingdom demoted their allegiance to Rome’s kingdom.

How We Study the Bible

The early church also valued the corporate study of the Bible. You may think the modern church has this one down. Most Christians own several Bibles, and church programs often contain a wide array of Bible studies and spiritual classes.

Be that as it may, Christians today exhibit an unprecedented biblical illiteracy despite owning dozens of Bibles. According to one statistic, 60 percent of confessing born-again Christians can’t name five of the 10 commandments, 81 percent don’t believe (or aren’t aware of) the basic tenets of the Christian faith, and 12 percent think that Joan of Arc was Noah’s wife.

The early church took seriously Jesus’s statement that people can’t live on bread alone, but on every word that comes from the Lord’s mouth (Matthew 4:4). And when Jesus told His disciples to teach others “all that I command you,” they did it (Matthew 28:20).

This is why Christian leaders in the first centuries of the faith mandated a rigorous, communal study of the Bible for everyone who became a believer. Every new convert to Christianity spent their first three years of the faith studying through the entire Bible so that it seeped down into their bones.

This wasn’t an option. To become a Christian meant becoming reconfigured through the Word of God. And here’s the thing: Prior to the printing press (A.D. 1450), most people couldn’t read. The whole idea of doing private devotions was unthinkable until 500 years ago. And yet—despite being illiterate—Early Christians became fluent in Scripture by listening to the communal reading and teaching of God’s word.

The first Christians actually lived as if the same God who breathed stars into existence also breathed out His Word for us to cherish, memorize, and read ten thousand times over. They would have been mystified by our modern ability to own, read and yet neglect the priceless written word.

I fear that our desire to get back to the early church would require a rather extensive overhaul of the shape of contemporary gatherings. 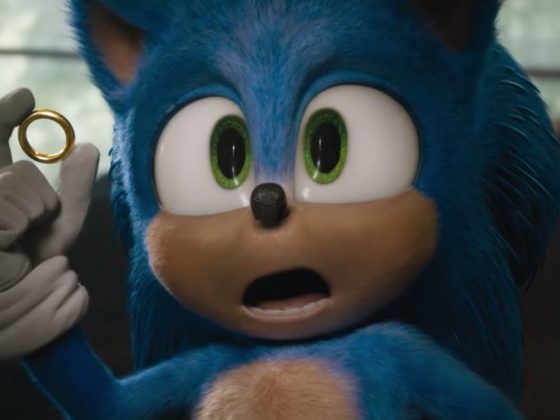 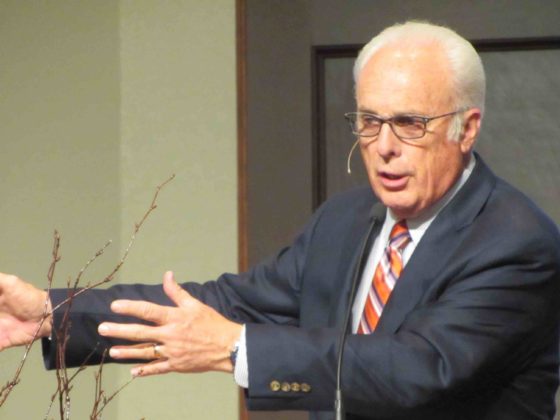 John MacArthur: “If Women Are In Charge, We’re In Trouble”