One unfortunate byproduct of the coronavirus pandemic has been a strain of virulent anti-Asian racism that has come along with it. The location of the virus’s discovery and some valid concerns about the Chinese government’s early handling of the outbreak has led to cruel, xenophobic messaging about the pandemic and racist attacks against Asian people all over the world. The White House appears to have backed off an early, controversial insistence on renaming the coronavirus “the Chinese virus” but frightening reports of racism continue to pour in — 750 in just the last week.

Russell Jeung, the chair of Asian American studies at San Francisco State University, has tracked a 50 percent spike in reported incidents of anti-Asian racism from February to March, and estimates that the leap may be much higher given the prevalence of unreported incidents.

Now, Asian-American Christians are calling on the rest of the American Church to condemn racism. A statement from the Asian American Christian Collaborative expressed solidarity with Asians suffering increased incidents of racism, thanked other Americans who are speaking up on behalf of Asian people and called on Christian leaders to “speak without ambiguity against racism of every kind.”

“Faithful Christian witness requires anti-racist work, and silence only perpetuates the sins not addressed,” the statement reads. “This includes going beyond shallow acknowledgement of the most obvious incidents of racism to taking responsibility in confronting the longstanding tendencies of people to discount and dismiss the realities of racism. It also includes addressing the disbelief and disobedience of your constituents who continue to ignore members of the body of Christ who are in pain and under threat.”

The statement garnered some high profile signatories like president of the National Association of Evangelicals Rev. Dr. Walter Kim and Executive Director for Evangelicals for Social Action Nikki Toyama-Szeto. You can read the whole statement and sign it here.

7 Things All Great Friends Do 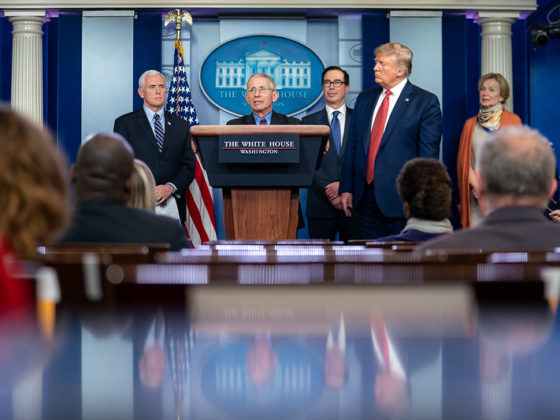 In 2006, Anthony Fauci Wrote About How His Religious Upbringing Makes Him a Better Doctor