In the immediate throes of an emergency, a little flailing is to be expected. It’s human nature. We are, by and large, fearful people prone to bad, selfish decisions when faced with a crisis. Fear is inevitable. What we do in the face of fear defines us. Are we hollow people who give in to our worst instincts in an emergency? Or are we people of virtue, courage and compassion who defy the temptation to despair and rise to the challenge of our era?

The COVID-19 pandemic has put this question before the world and in the United States, the answer is still too close to call. After months of ignoring early warnings and downplaying threats, political leaders were finally forced into action once the novel coronavirus’ spread became impossible to dismiss. In many communities, local leaders took genuinely laudable action to halt COVID-19 in its tracks, implementing the sort of bold, sweeping regulations that desperate times demand.

But the late hour required even more dramatic action, and the toll on a once-booming economy has been catastrophic. So catastrophic, in fact, that some prominent voices are now saying that the literal price is too high for the U.S. to pay. COVID-19 is proving especially deadly to older and immuno-compromised individuals, and the stain of thought suggesting that these people should be willing to throw themselves into the volcano for the good of the village is growing louder.

On Monday night, Texas lieutenant governor Dan Patrick went on Tucker Carlson’s show to suggest he and other older citizens need to be willing to sacrifice their lives for the sake of the economy.

“Those of us who are 70 plus, we’ll take care of ourselves,” he told Carlson. “But don’t sacrifice the country.”

#ICYMI — I was on @FoxNews with @TuckerCarlson tonight. Click here to watch: https://t.co/potQsjdBID#txlege pic.twitter.com/2xLxYQQZVZ

Likewise over at First Things, R. R. Reno speculates that “there is a demonic side to the sentimentalism of saving lives at any cost.” Reno says that the drastic efforts being made to save lives are just supplication to “the false god of ‘saving lives.'” Some economists are now worried about “the cure being worse than the disease.” On Fox, Ed Henry conceded that “every life matters and you don’t want to minimize them, but when the mortality rate is that low, what’s the balance?” Larry Kudlow invoked a bone-chilling euphemism when he told Fox News that there are going to be some “difficult trade-offs” and Stephen Moore told the Washington Post that “You can’t have a policy that says we’re going to save every human life at any cost, no matter how many trillions of dollars you’re talking about.”

Let’s call this what it is: cowardice. People are looking at the looming economic toll and giving into despair, determining that people in their 70s and 80s, people with compromised immune systems and healthcare workers on the frontlines are expendable fodder in the war against a recession. These people will try to pass this rhetoric off as tough talk and making hard decisions, but it’s not. It’s panicky flailing; hiding behind vulnerable people.

It’s an undignified position for any person but the Church, in particular, ought to be above this. Christian teaching has always held that life is sacred and worth defending at any cost. Jesus told of a shepherd who left 99 sheep behind to go rescue the one lost lamb (Matthew 18: 12-14). It was not a practical decision, any more than dying on a cross to save the world is practical. But such is the price of the Church’s most radical teaching: that every single life has value, and no human being is expendable.

This is why the Church must always, always be the voice standing at the moral crossroads of a crisis shouting what every human being knows in their hearts to be true: that every life matters, that no person will be left behind, that insofar as it is within our ability, not a single person will die on our watch. Not one.

This is not to dismiss the concerns about the economy. The blow is in its nascent stage and it is only going to get uglier in the months and perhaps even years ahead. The United States is fortunate to have enough wealth on hand to blunt some of the coming economic hardships and our elected leaders should use our country’s financial resources to do so. That will certainly require hard choices and sacrifice.

But much better to engage hard financial choices and bitter political sacrifice than use our grandparents and at-risk friends as human shields for the rest of us. The Church knows this. The Church has always taught this and though she has not always lived up to the glory of the teaching, now is the time where she can be a global beacon testifying to the infinite worth of each life, declaring before the United States, the world and history itself that for the love of God, we will not allow anyone to be sacrificed for the economy’s sake.

And when everyone else says it will be too hard or the sacrifice is too great or surely some people can be expended, the Church must have the clarity and conviction to say no. Not today. Not in two weeks. Not in six months. No, no, no, we will fight for the survival of every last man and woman made in God’s image. We will defend their lives and their dignity and the country will have to find another way to rescue its economy. The avenue of human sacrifice is not open to them. The Church is blocking it.

Is this idealistic? Simplistic? Maybe so. But if the Church must stake its reputation on the ideal that every life matters, so be it. It’s the example God gave to us and it will be our legacy before the world. At a time of crisis, when others panicked and considered the lives of thousands to be worth sacrificing for the so-called greater good, the Church planted her feet in truth and said as one: “Never.” 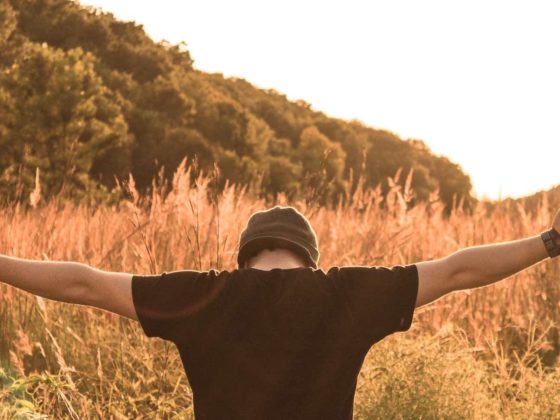 7 Rules of Life for the Season of COVID-19

7 Ways Christians Should Deal With Stress and Anxiety