A few years ago, I had my first experience with spiritual abuse.

Compelled to serve God in a radical way, I dropped out of college, gave away all my possessions and moved to Africa, only to be manipulated, controlled and taken advantage of by the leaders in the mission organization.

When I got home, my pastor gave me two options: I could either lie and make up a nicer-sounding story, or I could just keep my mouth shut. Either way, I was forbidden from telling the real story, inside or outside the church.

I couldn’t believe what I was hearing. It’s one thing to be abused by people you barely know, but it’s another thing to be betrayed by someone you trusted and looked up to. I was angry and depressed, and I fell away from church for the first time in my life.

Thankfully, some of my friends understood what I was going through. Others, not so much. But what I’ve come to realize is that Christians can be pretty bad at handling spiritual abuse.

Many of the responses below I’ve witnessed firsthand. In the past, I’ve even been guilty of saying a few of these myself.

Here are a few things not to say to someone who has been hurt by their church:

Instead of empathizing with those who have been hurt by a church, some Christians go right into defense mode.

They might argue that the victim just had a “bad experience.” Or, they’ll say the Church is full of imperfect people who are “only human” and make mistakes just like the rest of us.

But can we agree that these excuses only distract from the problem? No one wants to be told to “focus on all the good things the Church does” when they’ve been hurt by one. It doesn’t matter how many thousands of people have been positively affected by a church or ministry. The good experiences don’t cancel out the bad ones.

2. “Are You Working Toward Reconciliation?”

The last thing a victim of spiritual abuse needs to do is go right back into the environment that hurt them in the first place.

If someone has been attacked by a dog, would you tell them to go back and risk getting bitten again? Christians who insist on reconciliation in the face of spiritual abuse are forgetting one important thing: Abusive people can’t always be reasoned with.

Not only is it dangerous to ask a victim to make amends with their abusers, it also puts an undue burden of responsibility on the victim to come up with a solution. It’s like saying, “They’re the ones who hurt you, but now it’s your job to make it right.”

Imagine if you found out your brother-in-law was beating your sister. Would your first response be, “That’s none of my business”? The same way domestic abuse involves a whole family, spiritual abuse involves a whole church family. The abuse may have taken place in private, but that doesn’t make it a private matter.

As Christians, if we’re going to start taking spiritual abuse seriously, we need to stop comparing it to gossip.

4. “What are Non-Believers Going to Think?”

Have you ever read a headline about a Christian going public against a church or ministry and thought to yourself, “Is this providing a good witness?” If you’re more concerned about the church’s reputation than you are about the abuse itself, you might have your priorities mixed up.

As Christians, we can get so preoccupied with how outsiders view the Church that we put appearances before the truth. When we try to control the narrative, we substitute the reality of the Church for our own ideal of the Church. All we’re showing the world is that we prefer a false witness over a bad one.

People who have been hurt by a church have a right to be angry. Not only is anger an appropriate response to injustice, it’s a healthy response if it’s channeled the right ways.

So why do Christians have such a hard time letting each other express negative emotions? Why do we always have to fish for some deeper spiritual problem like a root of bitterness or unforgiveness?

The other day I heard someone put it this way: “Religion will molest you, then accuse you of being bitter about it.” Do you see the double standard? When victims react to being hurt by someone in a church, we treat them as though there’s something’s wrong with them. This is why abusers are so often exonerated. It’s easier to justify letting the abuser off the hook if both parties are “in the wrong.”

6. “Is This Worth Dividing the Church Over?”

How it might affect the congregation should never be the deciding factor in whether or not to expose abuse.

This one especially hits home for me. When I escaped my abusive situation in Africa, my pastor wanted to sweep the whole ordeal under the rug. My silence, I was told, was for the greater good of the Gospel. It wasn’t a suggestion—it was an ultimatum. If I didn’t keep quiet, he warned, I would bring division to the entire congregation.

One of the most effective ways to silence a victim is to fill them with a false sense of guilt. The victim is led to believe that talking is only going to make things worse, and whatever happens as a result is their fault.

There’s one thing that’s even more important than knowing what not to say to someone who has been hurt by church. And that is, to simply listen.

Jonathan is an author, a speaker, and a recovering radical Christian. He left college at age 20 to pursue a new life as a missionary in Africa. Runaway Radical is his first book. 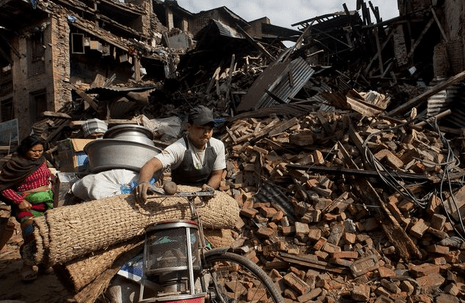 More than 3,600 Killed after Massive Earthquake in Nepal 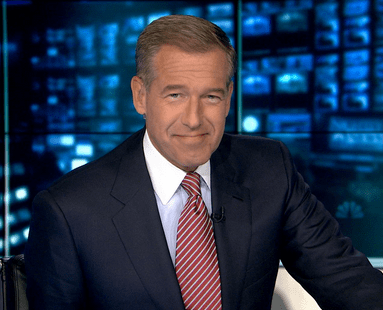