We’ve all seen it—it begins with a simple status update, someone ripping on a prominent Christian theologian. An offended individual inevitably replies with a snarky holier-than-thou rebuttal. Sometimes the author just lets it go or deletes it, but more often than not they’ll post a retaliatory response—and the battle begins.

Before long, friends, relatives, neighbors and—depending on your privacy settings—complete strangers have entered the debate, defending or rebutting the theologian in question. Fifty comments later, the thread is littered with accusations, rants, page-length personal essays, article links and a litany of emotional mini-sermons.

Facebook theology wars are emotional, personal, cruel and have the propensity to be either highly entertaining or highly irritating. But what’s really going on behind these digital quarrels?

It has less to do with the arguments, and more to do with relationships. A person’s association with a particular theologian evolves from liking their ideas, beliefs, and understandings, into a pseudo-relationship and mark of identity. Their theology becomes aligned with whoever their theologian is. Thus, whether the affiliations are fair or not, universalism has turned into Rob Bell, anti-universalism is embodied by Francis Chan, Calvinism has become John Piper, open theism is Greg Boyd and complementarianism is Mark Driscoll. Theology has transformed from agreeing with a set of ideas to associating with (or opposing) certain individuals.

Theologies have become personified. This isn’t a new thing, Calvinism is named after John Calvin, the Lutheran church formed its identity on Martin Luther and many other ideologies are founded on famous namesakes. But today more than ever, Christians are constructing their theologies based on relational preferences.

On a micro-level, if someone we deeply love and care about has a certain theology, we naturally give it more weight and significance than a stranger’s. The same thing happens between a churchgoer and their pastor. On a macro-level, the rise of megachurches, megapastors, and their legions of followers have only exemplified this trend.

I once observed a debate at a conservative Bible college between an evolutionist and a creationist. The majority of the audience were staunch creationists, and at first I didn’t think the poor evolutionist fellow stood much of a chance. But as soon as the event began, it became quickly apparent that the creationist was condescending, rude, obnoxious and irritating. Contrarily, the evolutionist was kind, considerate, respectful, humble and professional. At the end of the session, I suspect some audience members couldn’t help but prefer the evolutionist’s arguments because he was more endearing than his opponent. Even if you did identify with the creationist beliefs, you wouldn’t have wanted to be associated with this spokesperson arguing on its behalf.

Sure, it’s superficial, but while these people align themselves with Rob Bell, others adopt Mark Driscoll, N.T. Wright, or John Piper as their personal theologian for the exact same reasons. We use these famous Christians as avatars to create an identity for ourselves. We’re all guilty of doing this—choosing our “favorites” and blacklisting others. We do it in part because of a theologian’s personality—are they engaging, good storytellers, likeable? We are often more interested in charisma than data, and even if a message is rationally sound, it’s likely to be ignored if it’s boring.

Christian colleges continually report that incoming freshman know less of the Bible than the previous year’s students—a trend that has repeated itself for years. Students don’t know dates, places, names, or even the simplest references from the Bible. In the same way, our ideas of theology have seemingly transformed from logical arguments to relational affiliations. This is one reason younger Christians have flocked toward the social justice movement: Actions speak louder than words. And actions are usually interpersonal and relationally-driven.

Using “academic” theological reasoning to convert people to Christianity (or other Christian sets of doctrine) is empty without a personality behind it. When you challenge someone’s theology you aren’t just questioning their worldview and system of beliefs, but suggesting that their spouse, relatives, friends, babysitter, neighbors and other relationships they’ve developed because of that particular theology are built on a false premise. In other words, you’re attacking their community.

We align ourselves with theologians instead of theologies because they are warmer, friendlier and actually personify a complicated idea. We can use them as easy references—accessing their books, podcasts, websites and seminars. And even though we don’t always have an authentic relationship with them (most people have never met their favorite theologian), they present themselves—and their ideas—in a relational manner.

Fancy words, logical arguments and detailed presentations mean nothing if you don’t have a relationship. Simply spewing out facts and data is no longer effective to a population that thinks and acts relationally. Many churches have already realized this and have transformed their mass messaging from being informational to communal. But I’m continually surprised by how many Christians fail to realize this, and despite the reality of damaged relationships and offending hoards of online friends, they continue to force their theology in an abrasive and matter-of-fact way .

There’s nothing wrong with “serious” theology, where rational formulas, philosophical reasoning and the gritty knowledge of Greek and Hebrew shed light onto a particular scripture verse or idea. This information is extremely valuable, but to resound with individuals in a lasting way, it must be presented within the context of a meaningful relationship.

Some pastors fail to realize this and will spend days preparing a sermon about love, kindness and following Jesus, but won’t have enough spare time to meet a church member over coffee. For Christians, the truth that theology is communicated better through actions and relationships than by information should be taken to heart.

This is how Christ won over his followers: By setting an example and investing in people’s lives through loving relationships. We should do the same.

Living in Moments, Rather Than Minutes 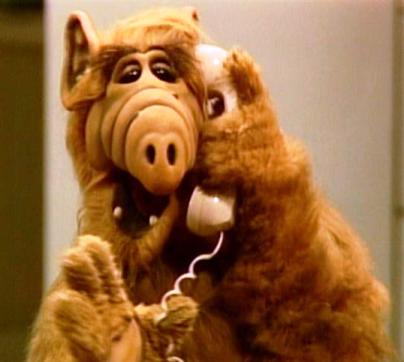