There’s a fine, gray-ish line between things in life that are nice and things that are absolutely necessary.

There are plenty of choices we make on a daily basis that can be categorized as either nice or necessary, but what about when it comes to more weighty topics—like multiculturalism in the church, for instance?

I like that word: preservation. To preserve means to keep alive or in existence, to keep safe from harm or injury, to maintain, to retain. So to only tolerate and blindly accept people of many colors (or to be multicolored) isn’t enough. A person’s culture and experience must be kept safe and alive. It must be threaded so flawlessly into the human tapestry that others start to learn and eventually grow from the truth of someone else’s identity.

Multiculturalism means inviting someone to be fully oneself, unapologetically, and actively celebrating the difference. Multicolored leaves gaps and disconnection. Multicultural builds bridges and elicits celebration.

Interestingly enough, my first bout of wrestling with the value of multiculturalism didn’t start in the church. It started the day a little girl in my after-school program innocently asked me if I took showers because my skin was so dark, and it continued the day a girl on my club track team asked me why I talked so “white.”

So my wrestling with this value didn’t start in a community context at all; it started with me. Why was it puzzling to others that I was so different? What was so threatening—if anything—about my dark skin and dialect? I didn’t have answers to those questions at that time, but I knew I felt singled out and uncomfortable.

I was uncomfortable being myself around my white friends, and I was uncomfortable being myself around my black friends. There was a huge, painfully daunting gap between me and people with whom I so desperately wanted to engage in friendship and community. I internally apologized for my uniqueness and decided to become whoever I needed to become in order to be accepted. The idea of fitting in, then, wasn’t just nice to me; it was necessary.

Anyone feeling out of place experiences some level of discomfort when they’re the “other.” What I realized later in life, however, was that discomfort was actually good for me. Not only was I forced to seek my true identity in Christ—an identity formed on much more than the color of my skin—but I also took inventory of the people I’d chosen to surround myself with, and the inventory was beautiful.

I realized my life was richer and more wonderfully complex because of others’ uniqueness and truth in which I’d chosen to engage. Over time, I resolved that sacrificing my comfort for the sake of that beautiful advantage wasn’t just nice; it was necessary to my walk with God and a deeper understanding of how His Kingdom worked.

I truly believe God feels the same way about His Church. A simple, yet profound display of this sentiment is found in the Gospel of Luke, when Simon of Cyrene was made to carry Jesus’ cross. Cyrene was a city in Libya, a country in Northern Africa. An African carried Jesus’ cross.

Not much is mentioned about Simon of Cyrene, but metaphorically, his being singled out and uncomfortable says something to me about the heart of God: that everyone—regardless of race or ethnicity—has a vital role to play in the Gospel story.

Though uncomfortable at times, the pursuit of multiculturalism in the Church isn’t just nice—it’s necessary. We ultimately develop richer, more wonderfully complex views of God and a deeper love and appreciation for one another when we choose to actively participate in one another’s stories that are different from our own, that originate from different places.

My hope for the Church is that congregations and communities become more challenged—more uncomfortable, even—in wrestling with the idea of welcoming not just color, but culture, and that expressions of worship, teaching, evangelism and discipleship would be influenced by multiculturalism so richly that Christ in all of His beauty may be known more fully by many.

Ashlee Holmes is a Regional Area Developer for Student Impact, Willow Creek Community Church's high school ministry. She grew up in Houston, TX, attended the University of Southern California, and now resides in the Chicagoland area. In her spare time, she enjoys traveling, yoga, sushi and journaling about life's beautiful complexities.

A Timely Comic From Insert Image 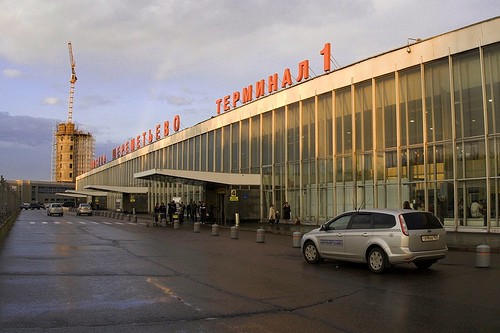