I think its fair to say that most people in Christian communities have heard about the disciple Thomas. You know, the guy who wouldn’t believe his friends when they told him Jesus rose from the dead. And consequentially got named “Doubting Thomas” by all the grace filled Christians that came after him.

Strangely enough, this same guy went by the nickname Didymus. I believe one of the colossal failures of the Christians who came before us came through whoever didn’t capitalize on the opportunity to call this guy “Doubting Diddy.” I mean really … who passes up on that chance?

But Thomas, poor Thomas, always a doubter right? I mean who wouldn’t believe someone just raised themselves from the dead. That’s normal right? Why would anyone doubt that? Why would anyone look at a group of people who claim they saw it happen and need slightly more evidence to believe.

Well friends, in the spirit of asking questions, let me ask another. Why do you think Jesus appeared to every disciple at once, except Thomas? The man just raised Himself from the dead. He has power over the wind, waves, demons and all. He could’ve orchestrated them all coming together if He wanted. But He didn’t. Why?

Personally, I think He set Thomas up. I think He intentionally left Thomas out of the first revelation so he would press a little further. So, he would ask questions.

Jesus is not afraid of our questions.

I think one of the biggest lies facing the Church today is that to have faith, we must never ask for revelation or wisdom.

First of all, if you look at the passage before the one where Thomas said he refused to believe unless he saw the holes in Jesus hands, you will notice Thomas says that because that is exactly what Jesus did for the disciples He revealed Himself to. In John chapter 20 it says, “When the disciples were together…Jesus came and stood among them and said, “Peace be with you!” After He said this, He showed them his hands and side. The disciples were overjoyed when they saw the Lord.”

Notice, no one else is believing its Christ until He reveals Himself to them. Yet here we are knocking Thomas for asking for the same revelation. What a crazy thought! Can you imagine, the man you followed for three years dies tragically and you are lost and confused and don’t really understand what’s going on. You thought He was the Messiah, but maybe you were wrong. Maybe you were deceived somehow.

I mean after all, how does the Messiah, Lord over all, get killed brutally by the people He claims to have power over? Things just don’t add up.

Don’t you think it’s understandable that he would have questions after that trauma.

Doesn’t it seem reasonable that we too might have questions about a God we have never seen face to face?

Over and over in the bible, God reveals Himself to people through miracles and prophecy. He predicts what is going to happen before it happens so we can KNOW He is God. He is such a caring God that He never expects us to believe in Him without first giving us a revelation of who He is.

So why can’t we give ourselves and our fellow brothers and sisters that same grace? Questions don’t have to be a hindrance to our faith. They can be a catalyst! Questions can be the very thing God uses to show us who He is.

I just want to say this once and for all. If your heart is bent towards knowing Christ, your questions will never hinder you from knowing Him. He is the answer to everything you worry and wonder about. All you need to do is ask.

Asking doesn’t make you a doubter, it makes you a child. A child seeking out truth from the heart of their father. Nothing could please God more than having a child turn to Him with their questions, instead of the world.

He wants to be our comfort (2 Corinthians 1).

He cannot be those things for us if we don’t allow Him to come into those moments of fear and worry. The worst thing we can do is cling to our questions instead of offering them up in humility to The Alpha and Omega.

Doubts can’t be reconciled if we don’t release them to The One who is worth putting our faith in.

Later on, in the text Jesus does say, “Blessed are those who have not seen and yet believe.” And so many of us get caught up here. We get so caught up in “walking by faith, not by sight” that we forget, Jesus responded to Thomas request and showed Him His hands and side. Sure its better to believe without seeing, but getting there is a process. It takes time and oddly enough it takes revelation.

I don’t know of one person in the Bible who is called a “great man or woman of faith” who never had a personal encounter with God.

So don’t be afraid to ask your questions. Bring them to Jesus. He wants them because He wants you. 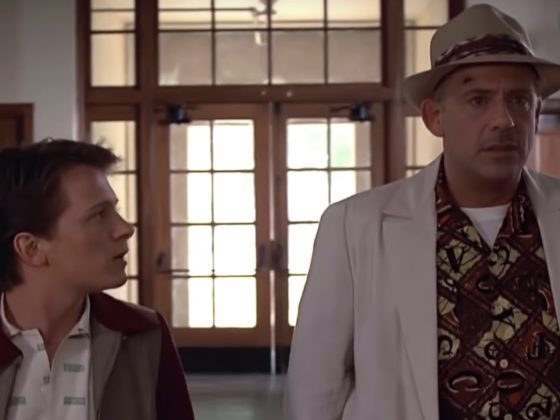 This Unsettling Deepfake Seamlessly Casts Robert Downey Jr. and Tom Holland in ‘Back to the Future’ 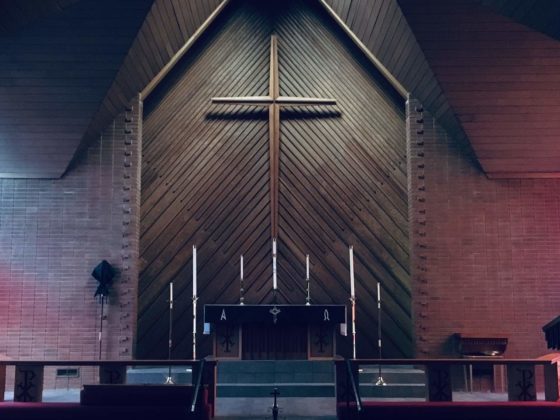 How to Not Be Just a Consumer at Church