There is a fear that possesses nearly all human beings. It is a fear that has settled in our hearts so much that we barely notice it anymore. It’s now just a part of who we are. No, not a fear of the dark or snakes or heights or sharks.

It’s the fear of the unknown.

Alfred Hitchcock knew this and exploited this fear masterfully in his films. Many of us have seen the blood and gore graphically offered in “slasher-films.” It leaves little to the imagination, and after a while it can wear thin. Hitchcock went further. Rather than leave little to our imagination he left everything to our imagination.

By offering limited information and keeping things hidden, he invited the viewer’s imagination to run wild. He knew, left to our own devices, we would conjure something more terrifying than anything he could display on the screen. There is a lesson to learn from Hitchcock.

Fear of the Unknown

The lesson? If we allow what is unknown to remain unknown fear will continue to increase. But the opposite is also true: If we drag what was hidden into broad daylight, it’s no longer scary.

This is a lesson we need to learn in our world, our culture and everyday life, because we are a people who seem to cling to fear as though our life is dependent on it.

What did you experience the last time you read or listened to the news? Or how about the messages from the pulpits of politicians and pastors in our world today? So much of it is tinged with fear.

It makes perfect sense this message is so popular. Our brains respond to fear in amazing ways. Research has shown our brains pick up on negative energy faster than positive energy. This is why nearly every car will slow down to soak in the scene of a car accident that occurred on the other side of the highway. It’s also why 40 people could pay you kind compliments, but what sticks is the one nasty comment from a disgruntled person.

It was not always this way. There was a time when there was no fear. It was the time before the first man and woman ate the forbidden fruit. Fear only came into human consciousness after they ate the fruit. And we’ve been terrified ever since.

God seemed to know something about this. It’s been said the commands, “Do not fear” and “Fear not” are the most common commands in the Bible. Some claim they are even given 365 times—one for each day of the year. It’s possible, given the current climate in many Churches and the way many Christians choose to live, we need to hear that command, not one time, but several times each day.

One only needs to scan Facebook or Twitter to understand why I would say this. There is a surplus of fear-saturated posts and comments about Muslims, racial tensions, the LGBT Community, politicians, the government and even other Christians who believe differently. Of course, those who post do not say, “I’m really scared about this, so I am posting it.” But they don’t need to.

When the parts of our brain that process fear kick in, we are largely (and instinctively) left with two responses: fight or flight. Most of the time, we run. However, a distant and mostly anonymous online presence has fueled our keyboard courage, and now many of us feel compelled to fight.

But too often, we attack because we are afraid.

What is so fascinating about this is that since we are afraid of what we do not know, many of our comments, attitudes and opinions are rooted not in knowledge but ignorance.

For example, in my experience, many who are scared of Muslims and believe those of Muslim faith are a direct threat to us, do not even know a Muslim man or woman. The information that feeds their fear comes from what they have heard others say. It’s fear of what is unknown.

It’s often the same with those who attack the LGBT Community. Their attitudes have usually been shaped in isolation far away from a relationship with a man or woman who is gay. It’s fear of what they do not know.

This is little more than accepted, collective, group thinking. It asks very little of us. It is rampant in churches, and it pours gasoline on the flames of fear. It allows us to avoid living in tension, and it steers us away from challenging our previously held attitudes and opinions. We live in ignorance and call it wisdom.

All the while, the command, “Do not fear,” which flows from the lips of the God who is love, disappears amid the background clamor of fear.

There is good news however: Fear does not have the last word; love does.

I say this because the Jesus’ disciple John claimed “love drives fear away.” If we are the people of God, who is love, than we are forced to ask, “What part does fear have in our life?”

Perhaps the best way to move beyond fear is to reach out to those who seem so terrifying. Maybe we should imitate Jesus and share a meal with someone who represents a group we are scared of. Another way we could say this is: Have a dinner party with the “other” that your group is afraid of and chooses to demonize.

Remember, Jesus ate dinner with the tax collectors who exploited the poor, and He ate with the poor who were exploited by the tax collectors. He sat with the ultra-religious who judged the “sinners” and reclined in the home of the “sinners” who were judged by the religious. For Jesus there was no “other”—everyone was worth His time and love. And because He chose to love, He could not spend any energy on being afraid.

If we are ever to see our world and others in it differently, we need to see them face-to-face, and we must experience flesh and bone. For then we will know the other and the voice of fear will begin to fade. Because when we know others and are known by others we create the necessary space for love to grow, and when we do that fear, will have to head for the door. 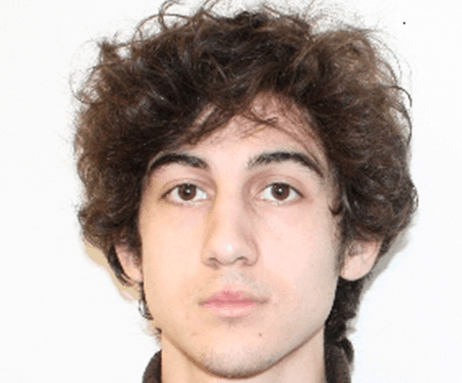 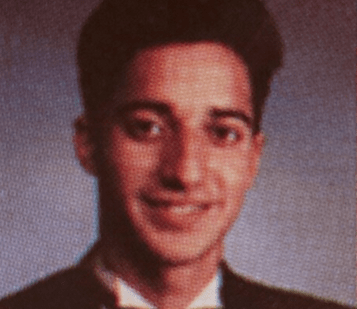 A New Investigative Podcast about Adnan Syed Is in the Works