Often, testimonies within the church go something like this:

3. …And now I’m at this amazing place and I’m not struggling anymore at all!

Evangelical Christians have developed a rather confusing habit when it comes to sharing testimonies. We have a tendency to prefer telling dramatic stories about dark, reckless pasts turned around at a sudden moment to grab the attention of the crowd and stir their emotions rather than describe the ebb and flow of real-life faith stories. The more dramatic the conversion story, the better.

There seems to be an obsession with sensational testimonies and tangible moments of catharsis—you know, those brilliant “this-changes-everything” moments that make every story better.

But the problem is, often, the walk into faith is gradual. And the reality is that struggles are constantly coming and going. How does that work its way into our stories?

The Ups And The Downs

Many Christians discredit their actual earliest memories of conversion, highlighting later turning points as the moment when they truly “got it.” Especially in the case of prodigals, any falling out with God gets relabeled as a pre-conversion experience. This practice can seemingly justify delinquent behavior that occurs after the conversion experience, and eliminates the Christian sin factor.

Christians are forever working to regain acceptance in a secular society after acquiring unfortunate labels like “hypocritical” and “close-minded.” Bending the truth about faith journeys only makes that worse.

The reality is that many normal Christians walk away from their faith for periods of time, for whatever reason. Challenges and temptation spin people around and bring them to their knees. Especially where hurt, shame, doubt, or lack of support is involved, it’s easy to walk or run away from the faith-based life.

When people come back, though, how should they treat those seasons? There are endless complicated theological arguments over whether once-saved-always-saved is a reality, but individuals know deep down if they were living in faith or not before their falling away periods.

The same goes for Christians who struggle with some kind of ongoing sin. While Hebrews 10:26 explains the tough truth about habitual sin and the lack of grace for it (“For if we go on sinning deliberately after receiving the knowledge of the truth, there no longer remains sacrifice for sins”), habitual sin is a part of tons of Christians’ lives.

That’s the problem with the sensationalized, past tense testimony. There is no room for everything that isn’t OK now. There isn’t room for real failures. It’s hard to talk about our past brokenness. It’s nearly impossible to talk about current brokenness, especially because of the undeniable pressure to fit the mold in contemporary churches.

It’s Time to Get Real

The way we do testimonies needs to change. If we are still trying to make church, faith, and Christian living real, testimonies need to get real, too. We can’t act like our struggles magically disappeared when we accepted Christ.

Anything but the truth does a disservice to ourselves, to truth, and to each other.

How many times have you heard people question whether or not they are saved? One of the biggest reasons people question that is because they feel like they’re not allowed to struggle.

We can and should work to change Christian culture so that struggle doesn’t have to be so embarrassing. The reality of Christ is that shame isn’t ours to bear (Isaiah 61:7). The reality of living in faith is that Christians need to support each other (Ephesians 4, 5).

Telling real testimonies is key for that.

When Christians relay their stories as if their original “conversion” moments didn’t actually count, just because there was a more powerful turning point that happened later along the road that makes for a better story, the truth is being infringed upon.

Spurts and lulls are normal.

Maybe this obsession with dramatic testimonies full of drastic changes has gotten out of hand. They’re exciting and all, but, by acting as if early faith lives were not faith lives at all, an unrealistic precedent is being set for new Christians, especially.

That, and we are doing a harming to our representation of Christianity if we discount struggles, sins and lulls as non-faith periods—because we present the idea that real faith is without temptation, failure or dry spells.

It can be scary to get vulnerable, but when everyone gets vulnerable together, there are so many more opportunities to receive help and healing.

Real faith lives aren’t just rainbows and sunshine. Let’s stop acting as if they are.

Becca Vandekemp is a community developer and transformation activist in Brantford, Ontario. 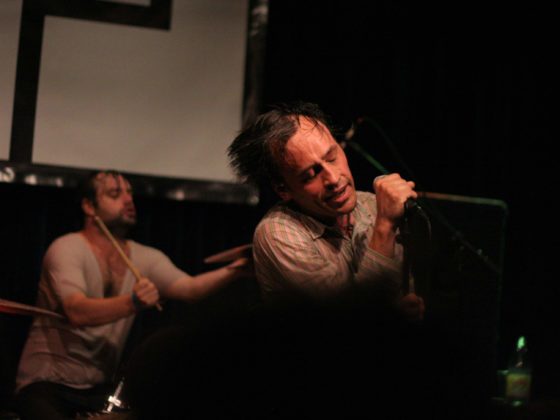 mewithoutYou Is Calling It Quits

The Most Important Virtue People Forget