El Shaddai, Elohim, and Adonai are all salient names for God in the Bible, but Cosmic Joker is also a suitable title. Why? Because God has a track record of choosing the most unsuitable people in society to accomplish His will.

Take Moses, for example. He was a murderer and a runaway with a speech impediment. After many years of hiding in the desert, God called him to verbally confront one of the world’s most powerful tyrants. It was a simple mission from God, really: “I am sending you to Pharaoh to bring my people the Israelites out of Egypt.”

But it wasn’t simple for Moses. It wasn’t even something he felt at all equipped to do.

First, Moses interjects, “Who am I that I should go to Pharaoh and bring the Israelites out of Egypt?” Then, “What if they don’t believe me?” And, don’t forget, “I am slow of speech.”

Not a bad litany of excuses, actually.

In one sense, God certainly could have been more reasonable with his calling. Moses probably would have failed Communications 101 at Ancient Near East University. And after everything Moses had been through, he probably could have used some therapy before taking on this monumental task.

But God answered Moses’ insecurities and incessant reluctance by saying, “I will be with you and help you speak.”

That promise should have been enough for Moses to face His fears, yet it wasn’t. But I don’t judge Moses and his lack of faith. His fears and foot-dragging are quite understandable from a human point of view. In fact, Moses has become one of my own heroes, because, I too, have a stutter.

My speech battle has led me to at least four different clinicians in the course of my life to help me speak smoothly. I still remember running out of the classroom in seventh grade to use the bathroom to avoid reading aloud.

Stuttering is not fun.

You can imagine then, how I felt when I heard God’s call on my life to preach and to teach: Seriously, God?

According to many studies, public speaking is the number one fear of people who speak normally. It pushes the fear of death down to number two—that’s how much people are afraid of public speaking.

For me, the recipe for public speaking goes like this: Mix speaking with a large number of people with a dash of unrealistic expectations, wait five seconds, and out of the oven comes absolute terror! Jerry Seinfeld jokes about this fear, saying most people would rather be in the casket than the one giving the eulogy.

But God is patient—relentlessly so. He often waits for us at our last point of obedience. By not choosing to conquer our fears, we are, by definition, allowing them to limit our life. Cringe. Roadblocks to God’s will are often man-made.

Acting courageously doesn’t deny fear, however, but acts in spite of it. It requires faith. If we plot a course that regularly chooses courage over fear, it becomes like a reagent revealing the once invisible lines of our life-map.

This process is a bit like an Indiana Jones movie. The main character, Indiana, is often confronted with a thick jungle and must bushwhack his way through. After much travail, the prize is a lost ancient artifact. In the same way, fear can smack us in the face and hinder God’s calling. If we cut its tendrils, our treasure will be the gems of the most meaningful endeavors we’ll do this side of heaven.

The more vines we cut, the clearer the path becomes.

The rewards are worth it, and the joy that emerges from behind the fear is truly priceless. We can then experience the words of St. Irenaeus who said, “The glory of God is man fully alive.”

God has a pattern of choosing the “weak things of the world to shame the strong.” Just look at Moses’ insecurities, or Gideon’s insufficient army, or Peter’s foot-in-mouth disease. God’s promises are always enough—no matter who we are or how ridiculous we think the calling.

Fifteen years ago, I accepted God’s plan for my mouth and faced my fears of public speaking. Today, I have learned to absolutely love my life, which involves speaking and teaching in front of groups of people. Whereas public speaking once brought a truckload of unneeded stress, it now brings joy. I actually look forward to it.

With this in mind, here are three key questions from Graham Cooke to ask ourselves about God’s plans for our lives:

1. What would you do if you had no fear?

2. What would you try for God if you were fully convinced He would resource you?

3. What would you attempt for God if you knew you couldn’t fail?

God doesn’t receive glory in forcing us to face our fears. He could jiu-jitsu us into getting His will accomplished, but that would remove the element of love. Instead, it takes our free will along with enduring the process of regularly engaging what is uncomfortable. Now, with God’s grace, it doesn’t take a headlock or an arm bar for someone to get me to speak on His behalf. It just takes a phone call. 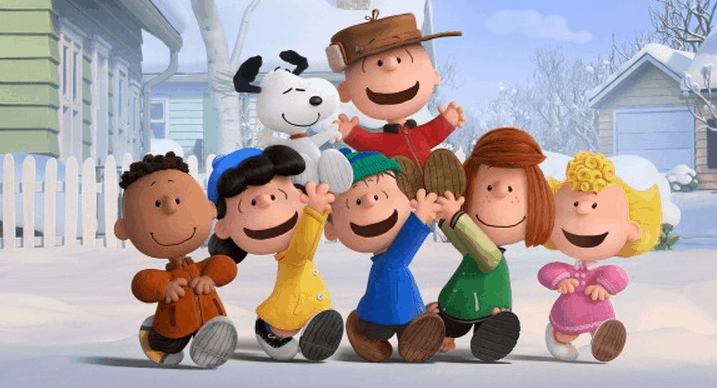 Maybe the New ‘Peanuts’ Movie Won’t Be Terrible After All.