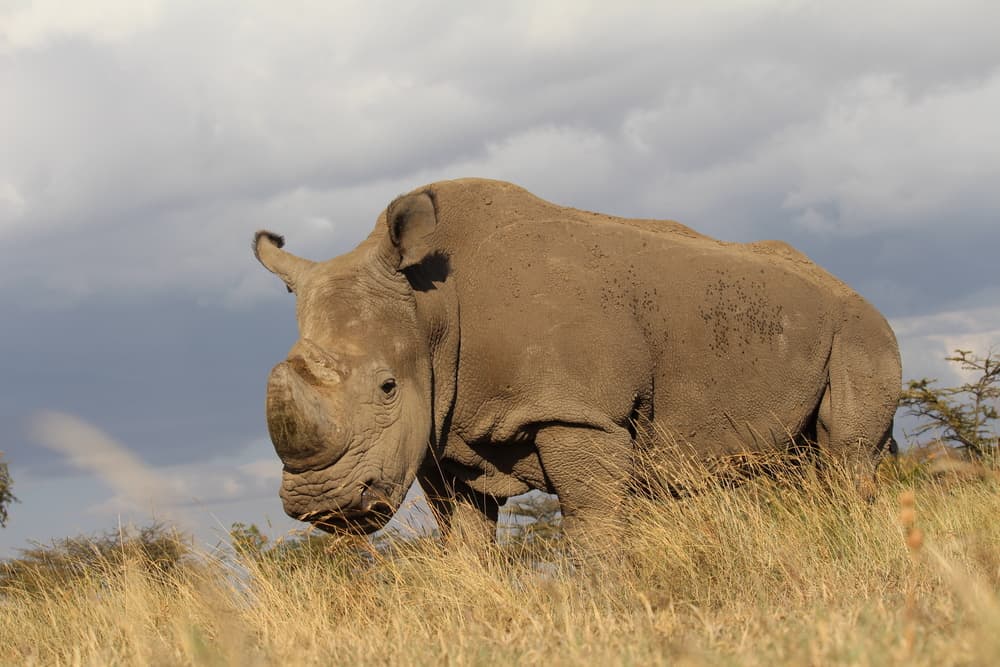 There are only three northern white rhinos left in the world, one male and two females. They live at the Ol Pejeta Conservancy in Kenya, and reports out of the facility say Sudan, the male, is deathly sick. Fears are growing that the subspecies is close to extinction.

Experts have been trying to help Sudan conceive with either of the females, but there’s been no such luck. With his passing, it could mean the end of northern white rhinos. Elodie A. Sampere, a spokesperson for Ol Pejeta, said, “We don’t think he will last much longer. Euthanasia will be explored if we feel he is suffering too much and won’t recover.”

Sampere says Sudan—who is 45, old for a rhino—is feeding and walking around a little, but his strength is fading. A committee at the conservancy is looking at alternative conception methods, including in vitro fertilization, to try to maximize the chances the species will survive.

Northern white rhinos have long been targeted by poachers. In Asia, it’s believed their horns have wide curative properties. Sudan and the two females are under armed watch for 24 hours. There are five remaining rhino species worldwide, but all are considered threatened. Rhino deaths do not surpass births at the moment, but if poaching continues, experts say the trend is likely to reverse. (h/t CNN)

3 Questions to Ask Yourself Before You Pop the Question

Is Rob Bell Really ‘The Heretic’?