As the holiday shopping season begins, we take a look at seven retail companies that are setting the right example—bringing high ethical standards, a commitment to their employees, environmental sustainability and social action to consumerism.

After a factory collapse in Bangladesh killed more than 1,000 people, the plight of garment industry workers facing dangerous conditions for little pay came into the international spotlight. Now, H&M—the world’s second biggest clothing retailer, that outsources much of its production to Asian countries—is trying to make a difference in the garment industry. Following the tragedy, H&M was the first company to sign an agreement that seeks to improve the safety of international factories, and this week, they’ve announced a new initiative: The company says it will ensure that all of its 850,000 textile workers receive a “living wage” by 2018. In a statement, H&M said, “We believe that the wage development, driven by for example governments in some countries, is taking too long, so we want to take further action and encourage the whole industry to follow.”

There are a lot of great coffee companies that offer fair trade beans and support sustainability, but Starbucks has gained a reputation not just for its product, but also for its workplace environment. By offering even part-time employees the ability to receive company healthcare benefits, advancement opportunities and even stock options, Starbucks is a mainstay on Forbes’ “Best Companies to Work For” list. Company CEO Howard Schultz says that Starbucks’ commitment to employee benefits has been key to their success. “The way we have built our company by including the success of the company with everyone in it and not leaving our people behind is a great example of building a business the right way. We’re not ever going to turn our backs on our [employees].”

For a retail company, Patagonia has a pretty strong stance against consumerism. The brand, which makes high-end outdoor apparel, believes in the value of consuming less and reusing more. This Black Friday, they will be showing a documentary called Worn Wear, that tells the stories of customers who have re-used and repaired clothing instead of buying more. And instead of big clothing sales, they’ll be selling a $29 sewing kit to be used to fix old clothes. It’s not the first time they’ve encouraged customers to not purchase new clothes. They once ran a full-page ad in The New York Times that told readers, “Don’t buy this jacket” so that they could reduce their environmental footprint.

Recently named one of the World’s Most Ethical Companies, Whole Foods is known for the high standards it maintains throughout its business practices. Along with offering numerous Fair Trade certified product lines, the health food grocery chain recently announced a campaign to become more transparent with customers by releasing sustainability ratings so they can see how suppliers operate. CEO John Mackey’s ethos of “Conscious Capitalism” also translates to the company’s employee benefit programs. Whole Foods has been on Forbe’s “Best Places to Work” list for more than 15 years, and offers even part-time employees the ability to receive healthcare.

Ten Thousand Villages retail location and website feature unique, handmade goods from the around world—but the store is more than just an importer. The mission of Ten Thousand Villages is to create sustainable jobs and outlets for entrepreneurs, artists and craftspeople from far-off locations by giving them an outlet to sell their products. The company is one of the world’s first fair trade companies (it was founded in 1946) and remains committed to “create opportunities for artisans in developing countries to earn income … through long-term fair trading relationships.”

Even though the massive warehouse retailer may seem like other big-box stores, in many ways, Costco has become the anti-WalMart. Along with paying employees more than double the minimum wage in many states, Costco has rules that don’t allow most products to be marked up more than 15% (a low number compared to many retailers), cuts executives’ salaries to give the company value and is committed to employee benefits like healthcare. Costco’s business practices go against the traditional model of high-profits, big mark-ups and low wages so much, that Wall Street analysts have gone as far as to dub it “the world’s largest co-op.”

TOMS Shoes became a well-known brand by combining an innovative one-for-one business model (a pair of shoes is donated to someone in need for every purchase) and a cool looking product. But now, TOMS is doing something else revolutionary: They’re using the platform they’ve created to showcase other brands promoting social entrepreneurship. The recently launched The TOMS Marketplace is an online destination that features products made by other emerging brands that also support altruistic causes around the world, because, as their site states, “We believe commerce can be about more than just profits. 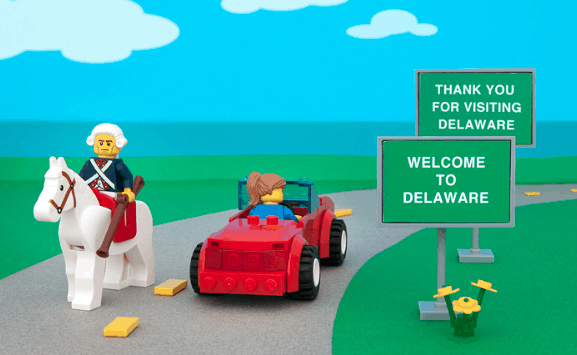 Tour America with this ‘50 States of Lego’ Gallery