On a recent day of solitude during a spiritual retreat in Colorado, I was given an “assignment” by my spiritual director to make a list of my “past hurts” and the people who caused them. The goal of this exercise was to attempt to forgive the people and begin to let go of the pain on my list.

I have to be honest; this was not something I wanted to do. Generating a list of past hurts that included the names of people who inflicted those hurts would require me to get brutally and absolutely honest with myself. Doing so could prove to be exceedingly painful. I was not prepared for the honesty or the pain. I was not ready to forgive.

Forgiving those who have wronged us is never easy. But withholding forgiveness is like allowing a tumor to spread aggressively through our body while ignoring the necessary treatment to eradicate it.

A life spent practicing unforgiveness toward those who have wounded us feeds that malignant growth in our soul, hinders our capacity for healthy relationships and binds us in the oppressive chains of anger, suspicion, resentment and fear. The residual effect of this cancer of the soul is that it inevitably targets the healthiest of our relationships. With laser-like precision, our unforgiving ways inflict collateral damage on those we love most, pushing them away from us.

Withholding forgiveness can make us feel good, even righteous, for a time. But inevitably, even our sense of righteousness transforms into a deep-rooted bitterness that has a toxic effect on our hearts, our souls and our relationships.

If you were to make a list of “past hurts,” how much of the pain currently lingering in your soul would make that list? Which names would be on that list? Are you willing to enter the danger and attempt to forgive those who’ve wounded you? Our past hurts cause us great pain in the present moment, and forgiveness is the pathway to soothe that pain.

Forgive for Your Own Spiritual and Emotional Health

We often withhold forgiveness because those who have wounded us have yet to ask for forgiveness. But they may never ask! It’s likely that they don’t even know they have hurt us or how much the pain they have caused is impacting our lives.

If we are waiting for others to come to us with an attitude of contrition to acknowledge their wrongdoing and plead for forgiveness, we could be waiting for the rest of our lives. While we wait, that cancer in our soul continues to grow and rob us of living life to the very fullest.

There is No Such Thing as “Forgive and Forget.”

I know Psalm 103 says that God removes our sins from us as far as the East is from the West, and I love that passage. However, I am also aware that as humans we don’t possess the capacity to erase the memory of the pain we have experienced in our lives. We can certainly forgive, but it is highly unlikely we will forget the offenses we are forgiving.

But we don’t need to forget in order to forgive. The idea that we would “forgive and forget” not only minimizes our pain, it minimizes the grievous, even insidious, ways others may have wounded us. But forgiveness dissolves the power our pain and the people who caused it have over us.

Forgiveness Does Not Always Lead to Reconciliation—and That’s OK.

Most of us need very little time to recall the petty conflicts we’ve had with close friends. Petty conflicts can tear relationships apart for a lifetime unless forgiveness and reconciliation are pursued and realized.

Having said that, there are relationships that have become so toxic and unhealthy that they cannot be reconciled. There are people who have wounded us to such a degree that it is not healthy for us to be in relationship with them. These are the people with whom we need to establish boundaries that create a safe buffer between our world and theirs. Yet, for the sake of our own spiritual and emotional health, it is critical that we forgive these people—even when relational reconciliation is not our goal.

There is no question that forgiving our most scandalous sin was foremost on Jesus’ heart as He hung dying on the Cross. I John 4:19 says, “We love each other because (God) loved us first.” Forgiveness is at the core of God’s love for us. As a result, we forgive each other because Jesus forgave us first.

Withholding forgiveness from those who’ve hurt us so often causes us to withhold forgiveness from ourselves. As a result, we suffer in silence because we refuse to allow ourselves to experience God’s relentlessly tender love and His offer of deep, refreshing and complete forgiveness.

After completing my list of past hurts, I was to bury, burn, shred, or otherwise destroy it—an act symbolic of the forgiveness I was extending. I forgave the people on my list that day. Once I did, I folded my list until it was as small as I could possibly make it. I then took that tiny folded paper, which contained more pain and names than I care to share, and wedged it deep into a crack in the ancient red rock where it will disintegrate in time—along with my pain.

We can only experience true and profound forgiveness when we extend forgiveness to others. What past hurts are you presently carrying? Who must you forgive in order to experience the healing your soul desperately longs for?

Todd Morrison is a writer and speaker who has spent over 15 years serving the local church. Todd lives in the Seattle area with his wife, Kara, and their two daughters, Gracie and Sophie. Check out his blog.

There’s More to the End Times Than Being Left Behind 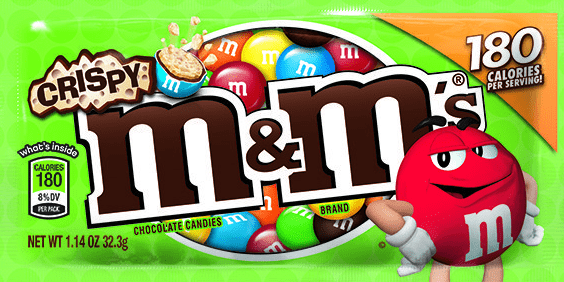 Crispy M&Ms Will Be Coming Back