As a word we may take it or leave it, but as an idea, we are drawn to awkwardness like Taylor Swift to a breakup. It’s hard to imagine our grandparents loving Arrested Development as much as we do, laughing their way through entire seasons as Netflix asks if they want to “continue playing” the next episode like even it’s disappointed in them.

“Awkward” is a word that’s been thrown around a lot over the last few years, and it’s fair to say it’s become something of a cultural obsession.

Author Adam Kotsko puts it this way: “Awkwardness is everywhere, inescapable. Awkwardness dominates entertainment to such an extent that it’s becoming increasingly difficult to remember laughing at anything other than cringe-inducing scenes of social discomfort.”

It’s what makes shows like The Office, Parks & Rec and New Girl work. It’s what makes Judd Apatow films and pretty much any Ricky Gervais show work. It’s the new horror film: laughing at the awkward experiences of others in hopes of avoiding our own.

Awkwardness may make us laugh when it comes to other people, but when it comes to ourselves, it can make us paranoid and extremely self-conscious. We’re haunted by visions of friends locking eyes after a party and whispering “He’s so awkward” about us. That’s why some have said there’s a new scarlet letter: “A” for “Awkward.”

So why this love/hate relationship with awkwardness? Why does it, on the one hand, make us laugh and draw us in, yet, on the other hand, scare us to death to ever be associated with it?

Often, when we’re caught in an awkward situation, we just try to pretend everything is all right, hiding from the reality of what’s going on. This reaction is actually eerily similar to the first awkward moment in the history of mankind, when Adam and Eve failed God, and were so ashamed of their nakedness (or rather, weakness and vulnerability), they tried to pretend everything was OK. Instead of walking with God in the cool of the day, they began to feel incredibly awkward around Him. So they hid behind the trees.

Where do we hide? If you look beneath awkwardness, you will almost always find shame.

But when the Lord found Adam and Eve, instead of shaming them, He covered their shame. He took animal skins and got them dressed. By His standards, all of us are awkward. The Lord loves awkward people, because there will never be any other kind.

Awkwardness will endure as long as we remain human because it is what makes us human. What Ricky Gervais and Judd Apatow point toward … is an awkwardness so awkward it becomes its own kind of grace—it is the peculiar kind of grace that allows us to break down and admit that we are finally nothing more or less than human beings who will always be stuck with each other, and, more importantly, to admit that we are glad of it.

I was recently having a conversation with a friend about a coworker over a couple of drinks after work. I was confessing to him that being around this guy was like sipping a cocktail of equal parts jealousy and insecurity. His giftedness intimidates me. As I was saying this, I suddenly realized that sitting right behind me was one of that coworker’s best friends.

It was a super awkward moment. The kind that make you wish you were an X-Man so you could text Professor X and have him come wipe some memories.

As I was driving home that night, though, it struck me that this awkward moment could actually be a gift of God’s grace. A moment pregnant with awkwardness could also be a moment where friendship is born. Because the only thing worse than confessed insecurity and jealousy is unconfessed insecurity and jealousy, even if it does make things ten thousand times more awkward.

This is the silver lining of awkwardness. It’s an invitation to admit you’re nothing more and nothing less than a human being in need of grace. It’s an invitation to be vulnerable, which strangely enough is the only way to begin to be rid of shame. It’s an invitation to stop pretending you have it all together, and joyfully admit that your hope isn’t in your smoothness but rather in the Lord who, judging by his time on earth, loves people who know they’re awkward and thus keenly feel their need for Him.

Sammy Rhodes is the RUF campus minister at the University of South Carolina. He probably tweets too much. You can find him at his website and on Twitter @sammyrhodes. 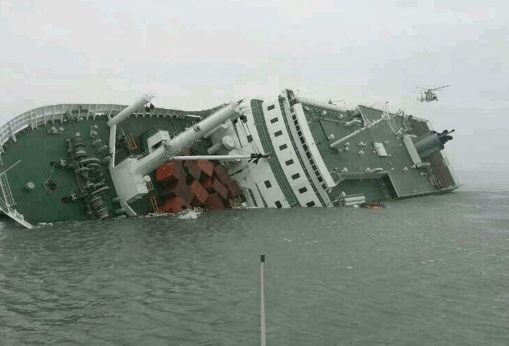