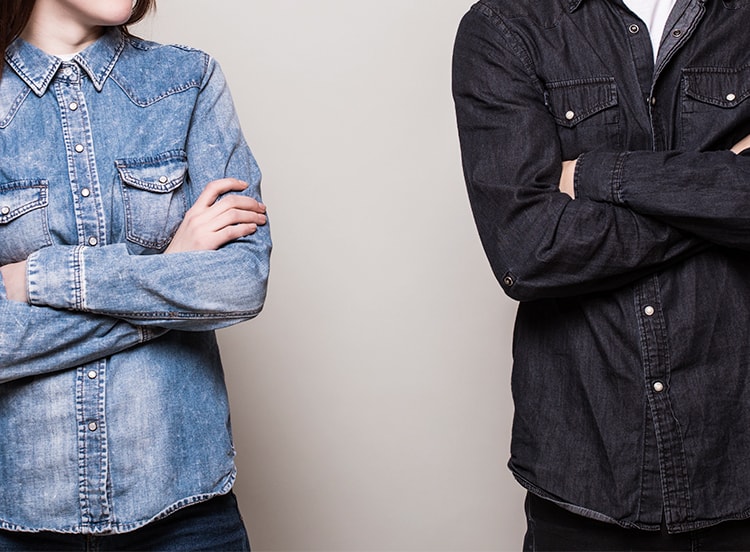 I used to work at a church, and one of the things we were always exploring is what it meant to operate like the Early Church. How did the first churches do it? Surely they were the ones who got it right. And they didn’t have lights, sound systems, bulletins—none of that stuff.

We were chasing this ideal, assuming that if we could do church just like the first-century Christians did, it would be perfect. Unfortunately, that’s far from the truth. It turns out, the Early Church was filled with conflict. In fact, our hero Paul, writer of most of the New Testament books, was one of the big sources of drama early on.

You may be thinking, of course, he was killing Christians as Saul before he became Paul. The crazy thing, though, is that there was conflict even after he was one of the “good guys.” In Acts, we see Paul giving a verbal smackdown to Peter—one of the original disciples—for being hypocritical. Peter would eat with Gentiles sometimes, but when his Jewish friends were around, he wouldn’t. Paul called him on it. Later, Paul split from Barnabas, his traveling companion, over irreconcilable differences. A few times, Paul even had to defend himself to some of the churches he planted because a lot of people didn’t like him.

I believe there are four hidden options that can come from conflict as long as we respond properly to it.

God can change you into a better person through conflict.

God changing the other person

Sometimes the conflict isn’t even about you. Maybe there’s nothing God’s working on with you. Maybe He’s using you as the tool to sharpen someone else. It’s important, in this time, to not give into frustration. Don’t see your opponent in the conflict as the enemy. Instead, look for ways to infuse grace and patience into the situation. You don’t have to leave the conflict feeling abused. You can leave feeling like you offered hope to your friend.

God using your conflict as an example

In John 13:35, Jesus gave this picture to His disciples: “Your love for one another will prove to the world that you are my disciples.” Maybe conflict is actually an opportunity to show the world that believers can get along, despite differences. When love prevails in an argument, that’s our chance to prove that we actually follow Jesus. There doesn’t have to be consensus to have love. And one of the most powerful testimonies to the world is a believer hugging another believer after a disagreement.

If two people are able to successfully maintain an argument for more than an hour, it’s either because they are arguing unfairly or because neither of them is 100 percent right. Perhaps this conflict is an opportunity for creative thought. Maybe it’s your chance to come up with an innovative solution that solves the problem. Every conflict has more than two sides. There’s always a hidden, greater option available. You just have to dig to find it.

The resolution to your conflict could be a brand-new idea. It could be a new business or a new ministry. Look for the opportunity in the conflict.

Conflict doesn’t have to be a bad thing. In fact, God uses conflict to move us into new places. We just have to keep our hearts pure in the process. Respond well to the conflict and see what amazing things God can do in the middle.

President Bush Sr. Has Apologized After Being Accused of Inappropriately Touching an Actress