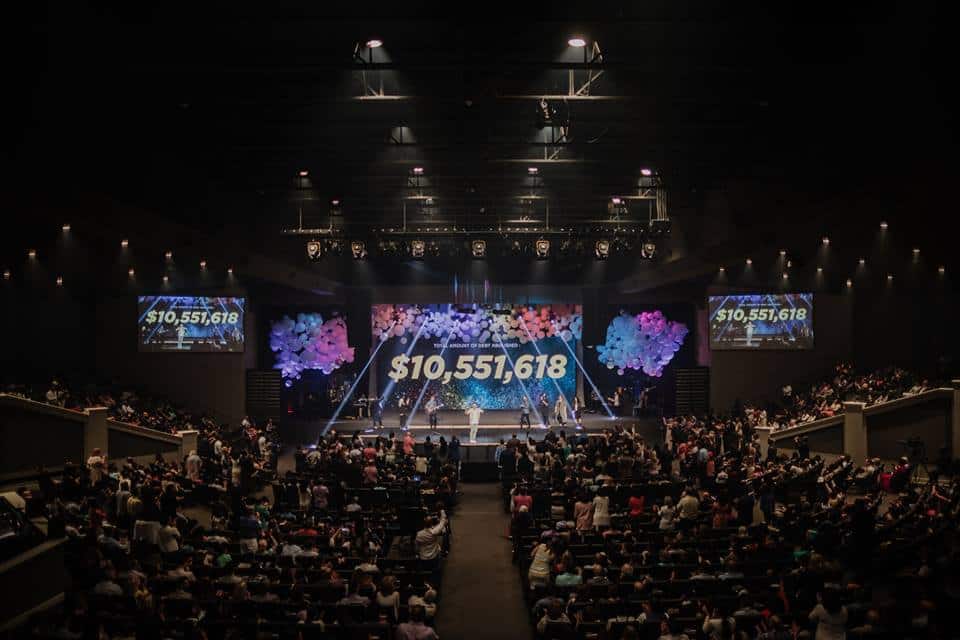 During their Easter service on April 1, 2018, Pastor Stephen Hayes of Covenant Church in Carrollton, Texas revealed that the congregation alone helped to relieve over 4,000 local families of their medical debt.

Because Hayes himself understands firsthand what it’s like to be impaired with medical debt, as he was hit by a car at 17 years old and spent 12 days in the ICU, this hit close to home for him. At the time, his family was aided in paying off the medical bills with the help of his church family. He wanted to do the same for others.

Usually, leading up to Easter Sunday, the church spends upwards of $100,000 to in order to promote their services. They’ve purchased radio ads, TV commercials and even billboards, which costs close to $30,000 per month. This year, they decided to take that money and spend it differently.

Hayes suggested sending out letters that said something along the lines of: “We are Covenant Church and we are local in this area and can serve you in any way, and we would love to be your church. But even if we don’t get to meet you, just know that God loves you.”

The medical debt money first went to local veterans who were suffering injuries caused by war. After every veteran in the 20-mile radius of each campus was covered, the rest of the money went to other families.

Now, 4,229 families in the Carrollton, Texas area will receive letters informing them that their medical debt has been completely paid off. The money that the congregation offered up ended up paying off $10,551,618 in total debt.

After the reveal of the total amount of debt abolished, Hayes reminded his congregation that they, too, have received similar letters, referencing to John 19:30 when Jesus said, ‘It is finished.’

“That’s your letter in the mail,” Hayes preached. “If you can imagine what those people this week will be feeling when they receive the letter that you sent them saying their debt is paid. I prayed 100-fold that [is how] you would feel in the reading the letter He wrote to you in the book of John 19:30. Hey, your debt of sin is paid. You are covered.”