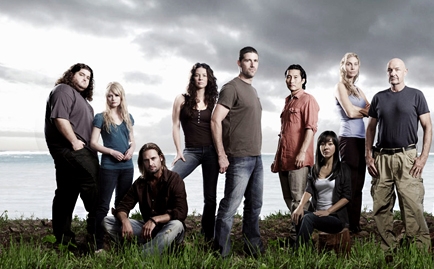 Loaded with drama, universal themes, intriguing characters, sci-fi elements, innovative storytelling and, most of all, spiritual depth, Lost has became a staple of popular culture in America and all around the world. And even though it is finally behind us, serious debate over how successful the series was in telling its tale is just beginning. As longtime Lost fanatics, five particular questions have had our attention as the curtain was finally lowered on one of the most groundbreaking dramas in television history. Obviously, spoilers are ahead.

1. Did the final season and finale live up to the entire series?

Andrew: Personally, I thought the final season had some rocky episodes. It got off to a slow start and spent a lot of time dwelling on things that, in hindsight, may not have been that important. But it also gave us some of the best episodes of the series.

As for the finale, the only word that comes to mind is "transcendent." The ending was emotionally charged and unlike anything I’d expected at all. I’m sure there are plenty of Lost fans who were left disappointed, either because they expected there to be more answers or because they were looking for a conclusion that was more rational. But for those who put their trust in the writers, the conclusion was bittersweet—bitter because it’s all over, of course, but sweet because in the end we were given a reunion that’s only possible in the world of Lost.

David: While this season had its moments, specifically the flash sideways, it was wholly disappointing. The boys who played Jacob and Smokey weren’t convincing; the visual effects were awful (underwater Island, Smoke Monster and light); and the answered questions were cheesy. Overall, the season felt rushed and too straightforward. Lost has been paramount for its subtlety and depth, and when it had to be wrapped up, those aspects ultimately disappeared, resulting in an overly sentimental conclusion that was, for me, anticlimactic.

Andrew: Yes and no. There are plenty of unanswered questions and plot threads that feel more or less abandoned—why was Walt so special, for instance, and what the big deal was about Aaron—but I think in time, when we’re finally able to watch the entire series from start to finish, we’ll find that it makes a lot more sense than we think it does.

David: As time progresses, I imagine a few elements will begin to become clear, but as a whole, I think the show got lost in itself. Hundreds of questions still remain unanswered. The connection between the flash sideways and the Island was never distinguishable. How Jacob and Smokey’s mother got to the Island and discovered "the rules" was never explained (And what did the rules have to do with anything?). But most of all, the multiple plot threads—like the Oceanic Six leaving the island, Dharma’s being on the island, the protection and moving of the island, Smokey trying to leave the island—hold no significance in light of a conclusion that insists the characters were all dead and in a form of purgatory. The ending felt like a cop-out, because what logically didn’t make sense (and there’s a lot), no longer had to.

3. How has Lost impacted culture?

Andrew: I think the biggest thing it’s done is show people that science-fiction can be as intelligent, literate and character-driven as any other genre. It dared to be original, and I don’t think shows like Heroes or Flash Forward would’ve had a chance if Lost hadn’t been as successful as it was. I also think Lost is partly to thank for the decision networks made to feature their programming online. DVRs weren’t as prevalent as when the series first premiered, so if you missed an episode you were out of luck. Now you can just go online the next day and watch what you missed, and everyone’s happy.

David: The show has affected culture, particularly 20- through 30somethings, greatly. Not only has it become a cult favorite, creating vast conversation and media (books, websites, theories, forums) over the story and its complexities, but it has also stimulated a great amount of dialogue over religion and spirituality for its heavy involvement in that. And it may have turned a few Jacks (rationalists) into Lockes (believers).

4. What does it mean spiritually?

Andrew: It’s impossible to boil Lost’s spiritual message down to just a few sentences, especially given what happened in last night’s finale. Obviously the show doesn’t favor one religion over the other, so in that sense its message is universalistic, but two verses come to mind that I think go a long way toward summing up the show’s spiritual themes. The first is John 15: 13, “Greater love has no one than this, that he lay down his life for his friend.” We saw this over and over again throughout the show’s six seasons, particularly in the stories of Charlie, the Kwons and Jack.

The second verse applies more directly to last night’s finale. Matthew 11:28 says, “Come to me, all you who are weary and burdened, and I will give you rest.” The verse speaks of letting go, of falling back on Christ and releasing all cares and troubles to Him. It was hard to ignore the statue of Jesus in last night’s finale—its arms open, inviting all who would come near to release their burdens and be free. Which, it turns out, was the whole point of the sideways world. Each character was forced to confront their own mortality and let go of the world as they knew it for something better, something that would make them all whole.

David: Early on, I thought it would mean more, having so many allusions to religion, especially Christianity and Judaism; however, after the finale, its large-scale message turns out to be fairly generic and exceedingly pluralistic. Treating the metaphysical relatively, specifically the way it’s interpreted by viewers, it screams coexist. That said, there are numerous moral themes woven through the series, including sacrifice, mercy and forgiveness, which are challenging. I also think Lost says a great deal about humanity. Through complex characters, good and bad, it explores the human struggle between the imago dei and depravity, showing the need for something divine or supernatural to redeem us. It also teaches us that redemption can’t come on our own and promotes community.

Andrew: Absolutely. Wouldn’t have missed it for the world.

David: Yes and no. While watching the special before the finale, I was reminded of why I fell in love with Lost, recounting characters, conversations, theories, etc. So, I felt like not even the most horrible conclusion could ruin it. On the other hand, when I examine those memories considering the finale, they’re suddenly not as meaningful. What felt deep and intricate suddenly vanished. In other words, I felt like there was so much meaning behind Lost, but when it ended, I learned that those aspects were meaningless and almost beside the point. Needless to say, the show (especially before this season) will always hold a special place in my heart.

Jesus, a Tire and a Story of Love

Have Yourself a Green Little Summer