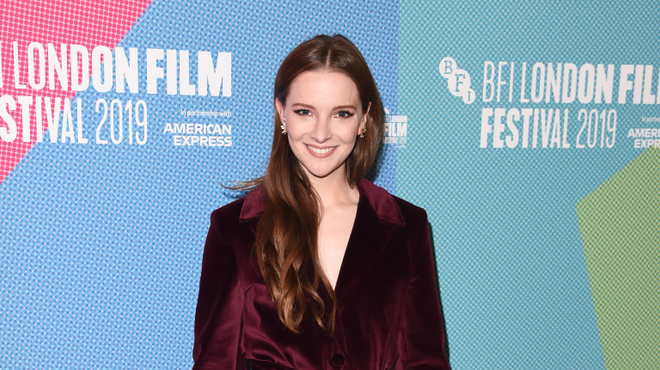 Fresh off her turn on HBO’s His Dark Materials, Morfydd Clark is headed to Middle-earth where she’ll play a younger version of Galadriel for Amazon’s upcoming Lord of the Rings show.

Clark is joining Markella Kavenagh, Joseph Mawle and Maxim Baldry for a show that takes place long before Bilbo stumbles upon the Ring in Gollum’s underground lair. The series is being developed by JD Payne and Patrick McKay, with Games of Thrones‘ Bryan Cogman on hand as a consultant. Tolkien’s estate is co-producing the show with Amazon Studios.

Clark is relatively unknown, but won’t stay that way for long. She turned heads at the Toronto International Film Festival for her performance in A24’s upcoming religious horror flick Saint Maud and will appear in the BBC One’s upcoming Dracula series. Clark’s also got more than a passing resemblance to Cate Blanchett, who famously played Galadriel in Peter Jackson’s Lord of the Rings and The Hobbit movies.

Amazon’s Lord of the Rings has already been given a second season.

The First Teaser for ‘A Quiet Place: Part II’ Is Here

16 Christmas Covers That Actually Improve on the Original