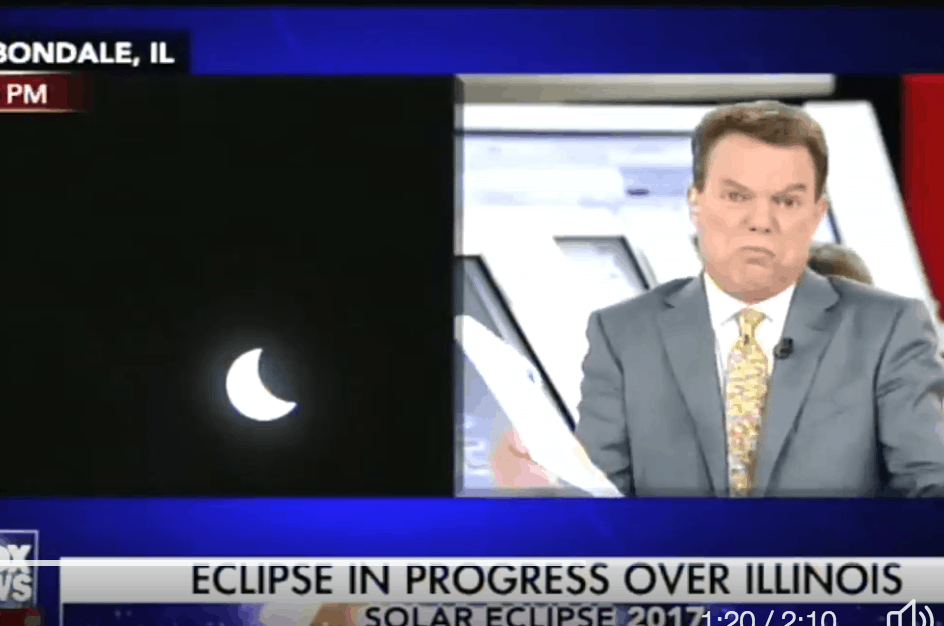 If you turned on your television or even glanced at your social media feeds yesterday, you probably noticed people discussing the relatively rare solar eclipse that took place.

A lot of people were excited to see the moon briefly block out the sun.

However, one person who was not stoked on having to talk about the eclipse all day was Fox News afternoon anchor Shepard Smith.

As this montage  shows, the TV journalist decided that the best way to spend seemingly countless hours covering the solar event was to sarcastically feign enthusiasm for having to stare at pictures of the partly blocked sun for the better part of the afternoon.