As NPR’s recent April Fools Day prank illustrated, a shocking number of people on the Internet only read headlines—and will believe almost anything they see in their newsfeed.

With more and more people turning to social media to get most of their news, the risk isn’t just getting soundbyte-sized stories; it’s getting duped by a growing number of “satirical” sites. Sure, The Onion’s sharp commentary on current events still manages to trick its share of Facebook scrollers, but there is an increasing collection of terribly dumb sites that are dedicated to fooling unsuspected readers with hoaxes, fabricated celebrity scandals and panic-inducing “news” features.

We’ve put together this list of the Internet’s biggest fake news sites so you won’t be fooled again. When you see a headline too shocking to be true, check the source against this list, for good measure.

Though the ‘About’ section of WorldNewsDailyReport.com describes the site as “an American Jewish Zionist newspaper based in Tel Aviv and dedicated on covering biblical archeology news and other mysteries around the Globe,” if you manage to find the disclaimer you’ll read that the outlet “is a news and political satire web publication, which may or may not use real names, often in semi-real or mostly fictitious ways.” Browsing the frontpage, you’ll come across some clearly absurd headlines (“83 Year Old Man Changes His Name to Justin Bieber”), but the “joke” behind many of their pieces, like the recently viral “Newly-Found Document Holds Eyewitness Account of Jesus Performing Miracle,” isn’t really clear.

With it’s faux Huffington Post layout, National Report at first appears like a news blog, but its headlines are (mostly) too absurd to be mistaken for real events. Stories like “Marine to Be Promoted For ‘Call of Duty’ Performance” is obviously a joke, but some of the less witty features (“Potential Ebola Outbreak Prompts Martial Law,” “Feds Issue Travel Advisory for Texas Following Ebola Spread,” “White House Strategizing National Marijuana Legalization in Summer of 2015”) are over-the-top, but seem more concerned with stoking paranoia and fringe political rumors than actual punchlines. Some stories, like the one about a teen arrested for “swatting,” is sensational, but plausible enough to fool people—mostly because it’s hard to tell what exactly it’s supposed to be satirizing.

Frequently tinged with a mean-spirited celebrity bashing, News Nerd stories are really more hoaxes than satire. Many of the “articles” just seem like they’ve been written to juke unsuspecting social media users who’ve stumbled on a headline like “Boy Dies After Participating in the Facebook Fire Challenge” in their social media feed. One of their “satirical” stories, claiming Patti Labelle was arrested for fighting Aretha Franklin, ended up getting them sued for $10 million by Franklin, who told the Detroit News through her publicist, “The stories were not presented as satire or humor. It was presented as a serious news story intended to depict me in a slanderous and derogatory way—defamation of character.”

Example of Recent Headline: “Johnny Depp Announces Plan To Run For President In 2016”

Remember when Twitter went crazy over the news that Hollywood icon Betty White dyed? (Get it? As in dyed her hair. Just hilarious, right?) The site Empire News was to thank. The hoax/”satire” site specializes in fooling people with wordplay, infographs and straight-up fake “news” of all variety: “Blake Griffin Smacks Justin Bieber At Hollywood Starbucks”; “Human Sex Trafficking Start-up Business Discovered On Kickstarter”; “McDonald’s To Compete With Weight Watchers With New ‘Weight Loss Menu.’” Haha?

Specializing in local church-related news, (“After 50 years in pulpit, retired pastor finally has a beer, ” “Homeschooler discovers The Simpsons,” “Man tired of being used in sermon illustrations”) Lark News’ satirizing of evangelicalism may have a limited appeal to audiences familiar to the sub-culture. But, when it’s on the nose, the church newsletter-style send-up can actually be pretty funny.

Example of Recent Headline: “This First-Grader’s Dad Had Always Been His Hero, But Then We Introduced Him To A Train Conductor”

The Onion’s new sister-site isn’t exactly a spoof of actual news, but its takedown of the Buzzfeed/Upworthy clickbait that shows up in your Facebook newsfeed makes fun of what often passes for real news in the social media era. Like The Onion, it’s also consistently funny and pokes fun at our bored, linkbait crazed culture.

Example of Recent Headline: “Decision To Circle Parking Lot Produces Carbon Emission That Finally Does It”

You would think at this point that “America’s finest news source” has become such a prominent part of Internet culture that people would stop getting faked out by their ridiculous headlines. But they still do—literally, all of the time. The thing that sets The Onion apart from many of the web’s other fake news sites is that it’s almost always funny, and for the most part, is clearly satirizing the news media, pop culture and current events—often proving a sound point in the process.

Example of Recent Headline: “God Uses His Power To Shut Down Burning Man, Rain and Hail Keep The Desert Sinners Away”

Christ Wire, a fake religious news site, isn’t likely to fool anyone into thinking their reading something true with its biting brand of conservative satire. Instead of just lampooning media coverage of current events, the site targets conservative Christian stereotypes with stories like “Obama is Infecting Christians with Ebola To Destroy Jesus and Start A New Age of Liberal Darkness” and “Is It Time To Get Rid of Two Presidential Term Limits, So President George W. Bush Can Lead America Again in 2016?” One of the site owners told New York Magazine, “We write to see how far we can get people to believe our nonsense. People believe anything they read on the Internet.”

Know of any we missed? Let us know in the comments.

5 Ways to Give Better Advice 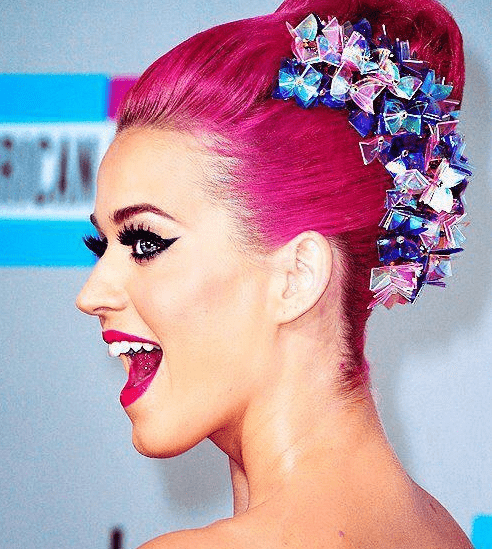 Why Is Katy Perry Playing the Super Bowl Halftime Show?