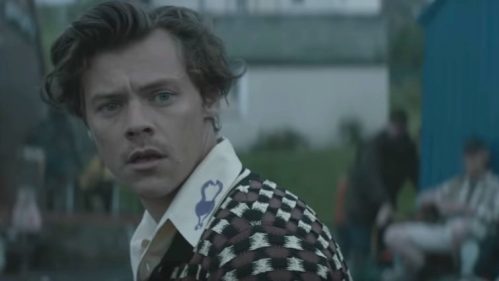 Harry Styles is mounting what has already been a nigh-inescapable marketing campaign, with breadcrumbs scattered hither and yon across the internet teasing the existence of an island off the coast of England called “Eroda.” Now, we know what Eroda is all about—it’s the fictional country at the heart of Styles’ excellently bonkers new music video for “Adore You.” Suffice to say, it is probably the wildest tale of a boy with a million-megawatt smile and his magical fish friend you’ve seen this year.

Styles has already unveiled the music video for “Lights Up”—the first single for his upcoming album Fine Line—and that was more standard pop star stuff. This is the sort of delightfully weird swing that you can only really take at either the top or the bottom of your game. Guess we’ll see which end Styles is on when his new album actually releases.

A Movie About Reality Winner Is In the Works