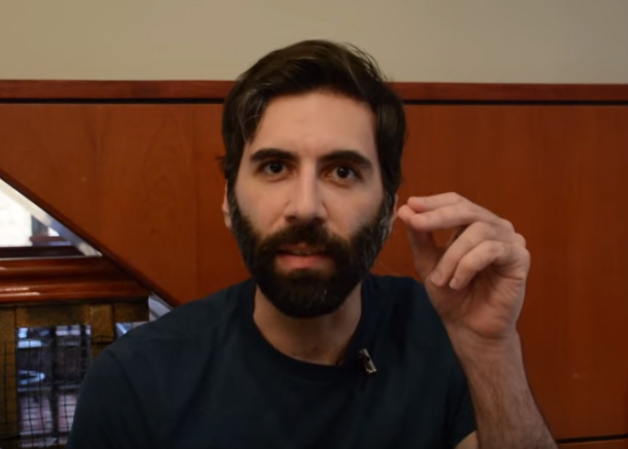 Daryush “Roosh” Valizadeh, one of the internet’s most infamous and noxious personalities, famous for his hate-filled polemics against women, says he’s a different person now. After years of writing about why women are intellectually inferior beings worth little more than what they can offer to a man sexually, Valizadeh—known as “RooshV”—is laying some new ground rules for his blog and the topics that can be discussed on it—and if it’s legit, it’s going to be a very different place.

Valizadeh says that he “received a message while on mushrooms” and has re-committed to the Orthodox Church he was raised in. He says he took “the God pill”, which seems to be a reference to the red pill and blue pill trope from The Matrix, which has more recently been memed by various fringe groups into a metaphor for “waking up” to the “real world”—for example, being “redpilled” means accepting certain conspiratorial beliefs that most people refuse to believe. In Valizadeh’s new paradigm, the “God pill” seems to be a final stage in redpilling.

We won’t be linking to RooshV’s website, since his professed transformation has not led to him taking down any of his disgusting articles with titles like “Women Must Have Their Behavior And Decisions Controlled By Men” and “Do Not Have Sex With Feminists.”

But the new rules on his message boards are going into effect on June 1. Among the new banned topics are things like “how to bang” and “Physical intimacy with women you’re not married to beyond the act of kissing.” There’s also now a ban on “pornographic and vulgar language” (he posts examples we can’t reprint here).

Valizadeh concludes his new message by saying “I created this forum in 2008 to help men fornicate, so I don’t know if it’s possible to ‘retrofit’ it for another purpose, but it’s worth a try. In the meanwhile, I will gradually lock threads that break these new rules if they become active.”

During his career as a pickup artist, Valizadeh has argued against women’s right to vote, defended rape “on private grounds” and advised men on how to pressure women into sex (“No means no — until it means yes.”). He has also bullied women for their weight, expressed anti-semitic sentiments and has ties to prominent white nationalists and the alt-right.

Obviously, a change of heart would be very welcome for Valizadeh, and his online presence can only improve. Time will tell whether he follows through.

Urgent Update: Kim and Kanye Have Named Their Baby ‘Psalm’