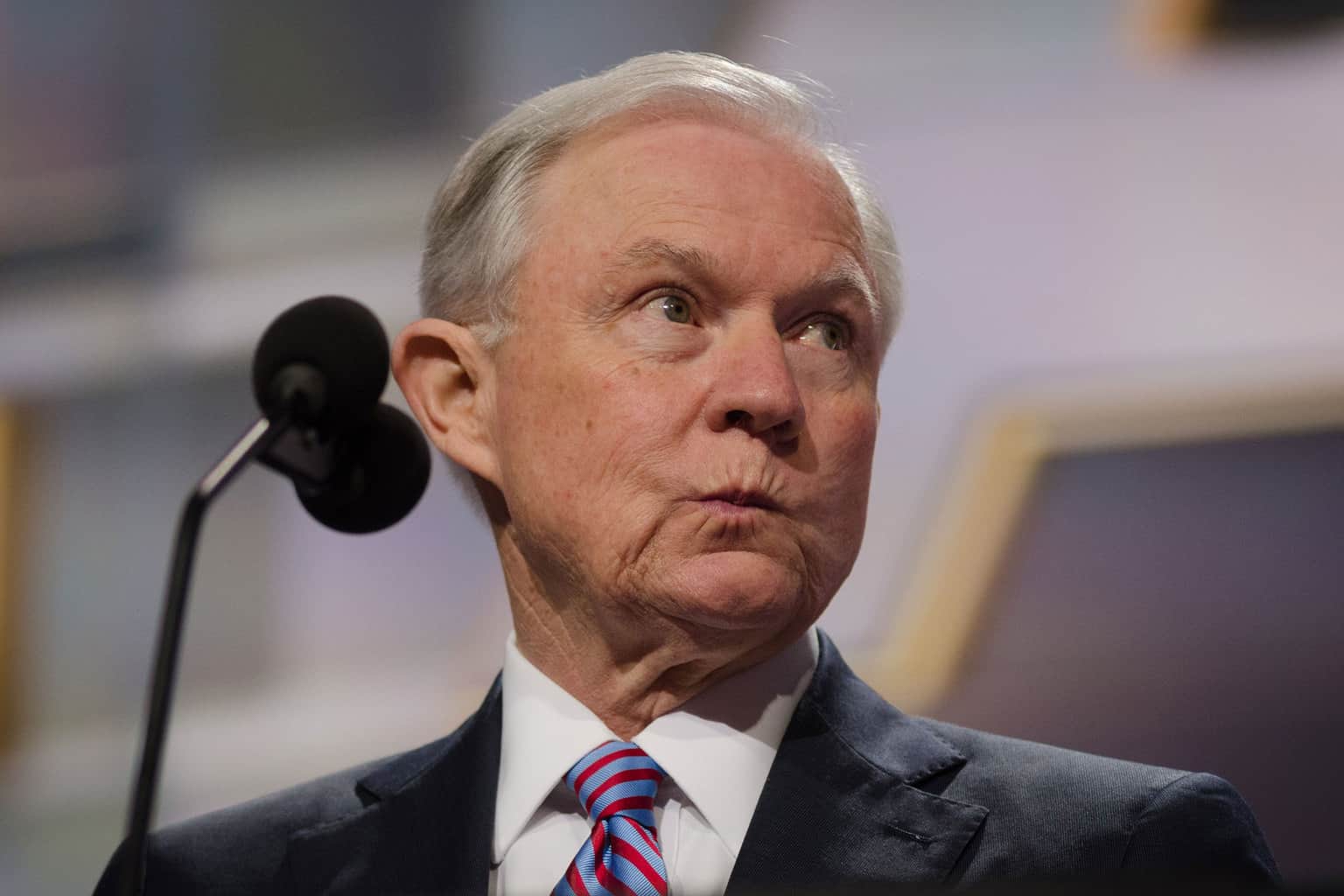 On Thursday, the White House launched twin offensives to defend its newest stomach churning policy. Both Attorney General Jeff Sessions and Press Secretary Sarah Huckabee Sanders (no relation to this author) invoked the Bible to defend the new practice of separating children from parents attempting to “illegally” cross the U.S. border.

Of the two, Sessions was the more explicit. In a speech to church leaders in Indiana, he addressed religious’ leaders’ criticism of the policy, saying “Illegal entry into the United States is a crime—as it should be …I would cite you to the Apostle Paul and his clear and wise command in Romans 13, to obey the laws of the government because God has ordained them for the purpose of order.”

Sessions was presumably referring to the first five verses of the chapter.

Let everyone be subject to the governing authorities, for there is no authority except that which God has established. The authorities that exist have been established by God. Consequently, whoever rebels against the authority is rebelling against what God has instituted, and those who do so will bring judgment on themselves. For rulers hold no terror for those who do right, but for those who do wrong. Do you want to be free from fear of the one in authority? Then do what is right and you will be commended. For the one in authority is God’s servant for your good. But if you do wrong, be afraid, for rulers do not bear the sword for no reason. They are God’s servants, agents of wrath to bring punishment on the wrongdoer. Therefore, it is necessary to submit to the authorities, not only because of possible punishment but also as a matter of conscience.

Sanders doubled down on this take in a press conference, countering a reporter’s question about the biblical ethics of splitting up families by saying that “it’s very biblical to enforce the law.”

This piece will not be overly preoccupied with proving them wrong, because I would hope their wrongness is obvious. This isn’t complicated. Men made borders. God made family. “I was naked, and you clothed me,” Jesus told His disciples. “I was in prison, and you visited me.” Make no mistake: it is God we are ripping from a mother’s breast, God we lock up in a camp, God who must suffer a weekly Skype call with His eight-month old infant. It is a profound evil, from which we as a nation cannot repent in too much grief.

This piece will be preoccupied with the ease with which the Bible was able to be twisted into supporting something as morally reprehensible as separating children from their mothers. It is not a new trick. The Bible, “God’s love letter to us,” has been used to justify a host of evils throughout its history, from the Crusades to the Holocaust to, of course, slavery (in the latter case, the same verse to which Sessions referred has a tragically white supremacist history.) The Bible is a powerful thing, and the powerful know this, which is why they have a habit of using it for their own ends.

But one needn’t even look as far as the great horrors of history to see how easily the Bible can be divided, shorn of context, and employed towards any cause: heinous or trivial. Magazines in the supermarket herald a collection of divine weight-loss tips branded as “the Bible Diet!” It was the biblical interpretation of German theologian Max Weber who inspired the economic system we today call capitalism. And who among us has not found a way to justify our own behavior by excusing it with a misapplied Bible verse?

The most famous example of this happened to Jesus himself in the wilderness. “If you are the Son of God, throw yourself down,” the devil says in Matthew 4. “For it is written: ‘He will command his angels concerning you, and they will lift you up in their hands, so that you will not strike your foot against a stone.’”

“It is also written: ‘Do not put the Lord your God to the test,’” Jesus retorts.

Choose to Believe the Best of People Who Disagree With You

The devil had a few quotes, but it was Jesus who knew the Bible.

An unfortunate consequence of littering the Bible with the little demarcating numbers we call “chapter and verse” is the ease with which it allows the Bible to be split up piecemeal. We study and memorize the Bible in bite-sized chunks, just long enough to fit on a day calendar or scribble on a bathroom mirror. Chapters and verses are useful things for finding your place, but they can give the impression that each sentence of the Bible was spoken in a vacuum, with no pertinent information around it. Using Romans 13 to defend obeying the government, as Jeff Sessions did, is a bit like using Moby Dick to defend mid-1800s whaling practices.

Because one needn’t look far from Romans 13 to find examples of good and godly people in the Bible who most assuredly did not submit to the governing authorities. The man who wrote the verse Sessions quoted did so from prison and was executed by his government, for not submitting to the authorities and continuing to preach the gospel. “We must obey God rather than human beings,” Peter told the Sanhedrin (Acts 5:29). Ten of the original twelve disciples met the same fate, as did Jesus himself, somewhat famously, for also refusing to obey the laws about their outlaw religion. Daniel defied his government and was thrown to the lions. Shadrach, Meshach and Abednego stubbornly kept their chins up while the rest of their nation bowed before a golden statue.

We could go on, but doing so is not the point. Biblical debates too often fall into just such folly, with each side seeing who can stack more Bible verses in their corner, as if winning a theological argument was as easy as shooting marbles. The real secret of living according to the will of God is not to collect enough Bible verses to defend your latest socio-political fancy but to let God transform you entirely. Not to bend God’s Word to your will, but exactly the other way around. And to do that, you must take in the whole of Scripture, every jot and tittle. It’s not easy.

The lifelong trick will always be to make sure your life is being shaped by God’s Word instead of shoving God’s Word into the life you already have. It can be hard to tell the difference when you’re in the thick of it but when in doubt, just a few verses down from the Romans 13 chapter Sessions referred to, we find a useful rule of thumb: “The commandments, ‘You shall not commit adultery,’ ‘You shall not murder,’ ‘You shall not steal,’ ‘You shall not covet,’ and whatever other command there may be, are summed up in this one command: ‘Love your neighbor as yourself.’ Love does no harm to a neighbor. Therefore love is the fulfillment of the law.”

So Here’s a ‘Rap’ Video SBC Leaders Made to Welcome Their New President J.D. Greear

‘The Incredibles 2’ Has the Strength to Surpass the Original