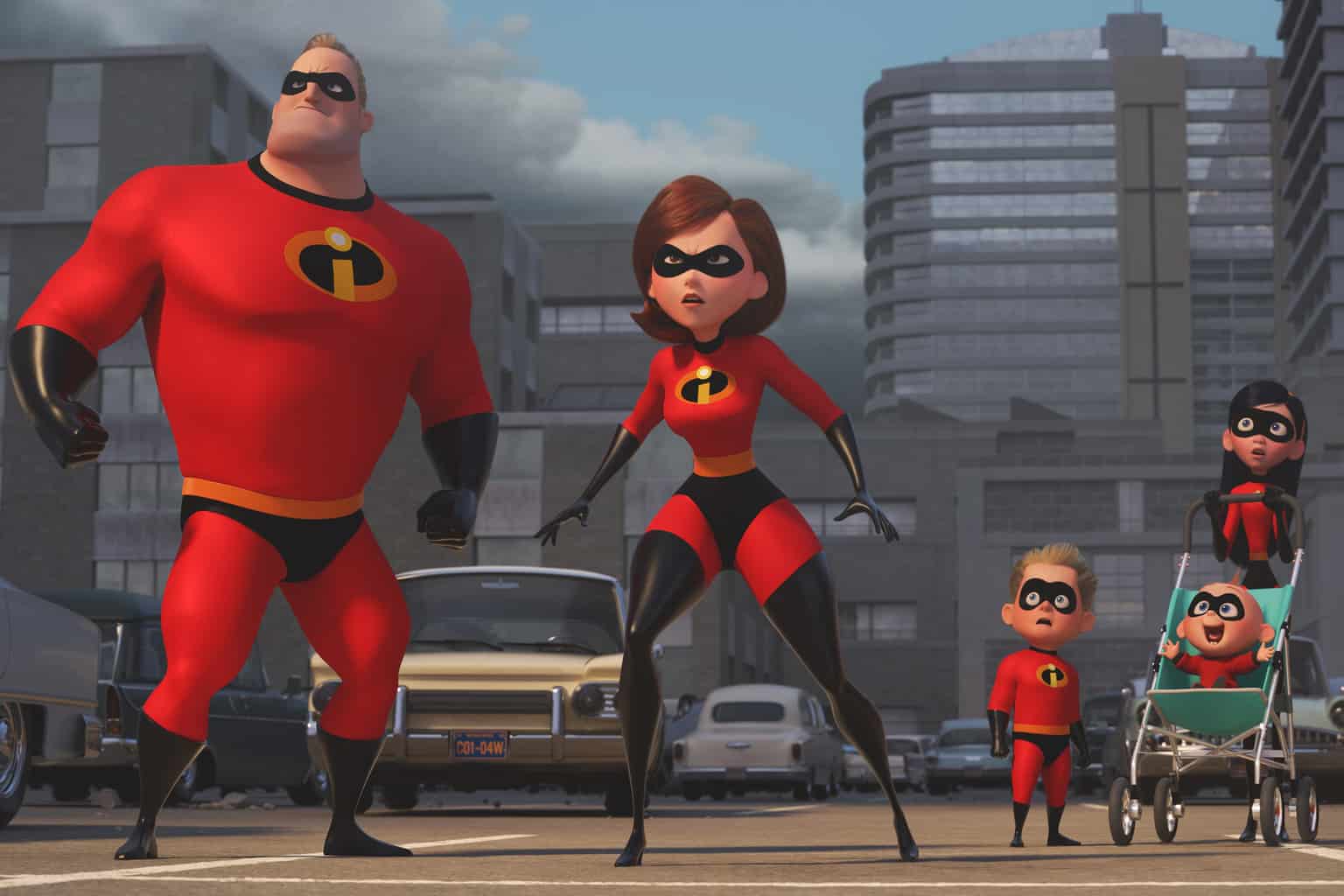 The Incredibles 2 is the best superhero movie of the summer, but it’s also the comedy of the summer and maybe the action movie of the year. It’s not only a worthy sequel to the original, it has some of the most dynamic visuals in a Pixar movie yet, and enough ideas to stretch even Elastigirl’s supersuit to the breaking point. It might sound like it’s trying to do too much, but that balance between style, tone and theme runs to the core of Incredibles 2, and that might earn Pixar’s latest status as a classic.

If you remember the original Incredibles’ sequel-begging ending, rest easy, because The Incredibles 2 begins pretty much in the next frame. The Underminer is here, but our fantastic titular family’s battle with the hunchbacked criminal is only a catalyst for the movie’s real story to begin. Superheroes are still illegal, but now, someone’s advocating for their return, and they want Mrs. Incredible—Elastigirl—to be the face of the movement. That means while she’s out on the frontlines battling supervillains, Mr. Incredible is stuck at home, wrangling an angsty Violet, a wired Dash and a Jack-Jack whose blossoming powers could destroy the entire house.

Mr. Incredible’s storyline reads like a cheap cover of a “dopey dad” sitcom, but The Incredibles 2 is smarter than that. The laughs on this front are never at Mr. Incredible’s expense, but rather toward the absolute insanity taking place around him. The catastrophes of the Parr household are unique to a superhero family, so when Jack-Jack does battle with a pesky backyard raccoon, or Violet sobs her way through an ice cream tub in full invisibility mode, the humor feels more endearing and familial than needling. You’re right there with them. It’s terrific fun.

Concurrently, Elastigirl becomes the star of the movie, both within the plot and without. It’s her turn on the frontlines of crime-fighting, so she sees the most action scenes, and these moments might be the most thrilling of their kind since—no exaggeration—last year’s John Wick 2. Of course, The Incredibles is operating at a different set of controls than Wick’s mechanical, tightly-choreographed gunplay, but the punches and kicks here are just as visceral.

From a creativity standpoint, the use of Elastigirl’s powers rival any concoction of abilities Marvel and DC have put on screen. Mrs. Incredible’s flexibility manifests in ways so ingenious, yet so intuitive, you’ll want to smack yourself in the forehead for all the “of course she can do that!” feelings they’ll inspire. There’s a train chase that shames Fast and Furious with its speed and gadgetry. There’s a helicopter rescue to rival any Dwayne Johnson set piece. There’s a tech-heavy cage match that…well, actually, you haven’t really seen anything like that one.

Popcorn is welcome at Incredibles 2—it’s thrilling and rapid and rich with entertainment—but this movie is also bursting at the seams with ideas. While the original had a lot of focus both in its central conflict and theme, the sequel sees more breadth. Mr. Incredible has his own arc, but so does Elastigirl and so do the kids. Each of their individual conflicts merge by the movie’s climax, but they remain distinct throughout, asking the viewer to engage with different questions and different dilemmas. In part that’s a product of how the movie physically separates the family (it’s a bit Avengers-ish that way), but it also speaks to a greater ambition on behalf of the writers, and that creative extension pays off.

Because really, The Incredibles 2 is in part about compromise. Mr. Incredible longs to relive his glory days as a superhero, but he has to learn to play sidekick to his wife. Elastigirl wants to maintain a level of control over her family, but she has to give some of that over to Bob if she wants to be an advocate for supers. Violet wants to rebel, but has protective obligations as the older sister. Dash wants to speed off on his own, but has to slow down and take help where he needs it. Plus, everyone has to take turns watching Jack-Jack.

It’s a smart foundation that incorporates itself well into the family drama and the superhero action. Because each character receives personal attention, the stakes ramp up, and even though the villain might be a tiny bit undercooked (they carry their own array of philosophical underpinnings, but those are more tangential than prevalent), the endgame here feels important on an intimate level. It took Marvel almost two-dozen movies to pull off that kind of emotional connection. The Incredibles 2 delivers it in 90 minutes.

It’s so easy to love this movie. It can be a lot of things to a lot of people, but that sprawl is still fair to every character and every audience member. What’s more, at the end of this, no matter what emotional path you took into the story, The Incredibles 2 brings all of those paths together in a final clash of good versus evil. So while it’s complex, it’s also uncomplicated, and these days, that brings a level of comfort and satisfaction that feels strong, triumphant and heroic.

A Look at the Massive Changes Underway Within the SBC