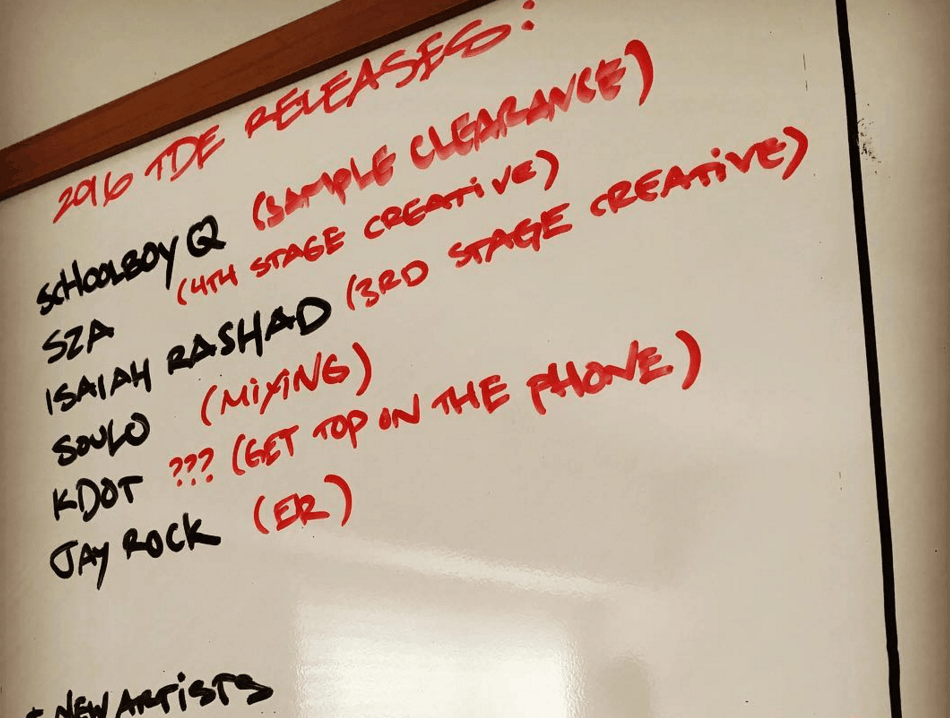 Well, this is unexpected news. The CEO of Top Dawg Entertainment posted an image on Instagram hinting that several of the label’s biggest artists—including Kendrick Lamar—could be dropping new albums this year.

Considering his phenomenal To Pimp a Butterfly (which we named the best album of 2015) is less than a year old, this is surprising news. After all, he went two and a half years between the release of good kid, M.A.A.D City and TPAB.

At this point, the whiteboard notes certainly don’t constitute an official announcement (the three question marks don’t seem to be a promising sign), but a new release would be striking while the iron is still red hot: KD recently took home five Grammys including Best Rap Album.