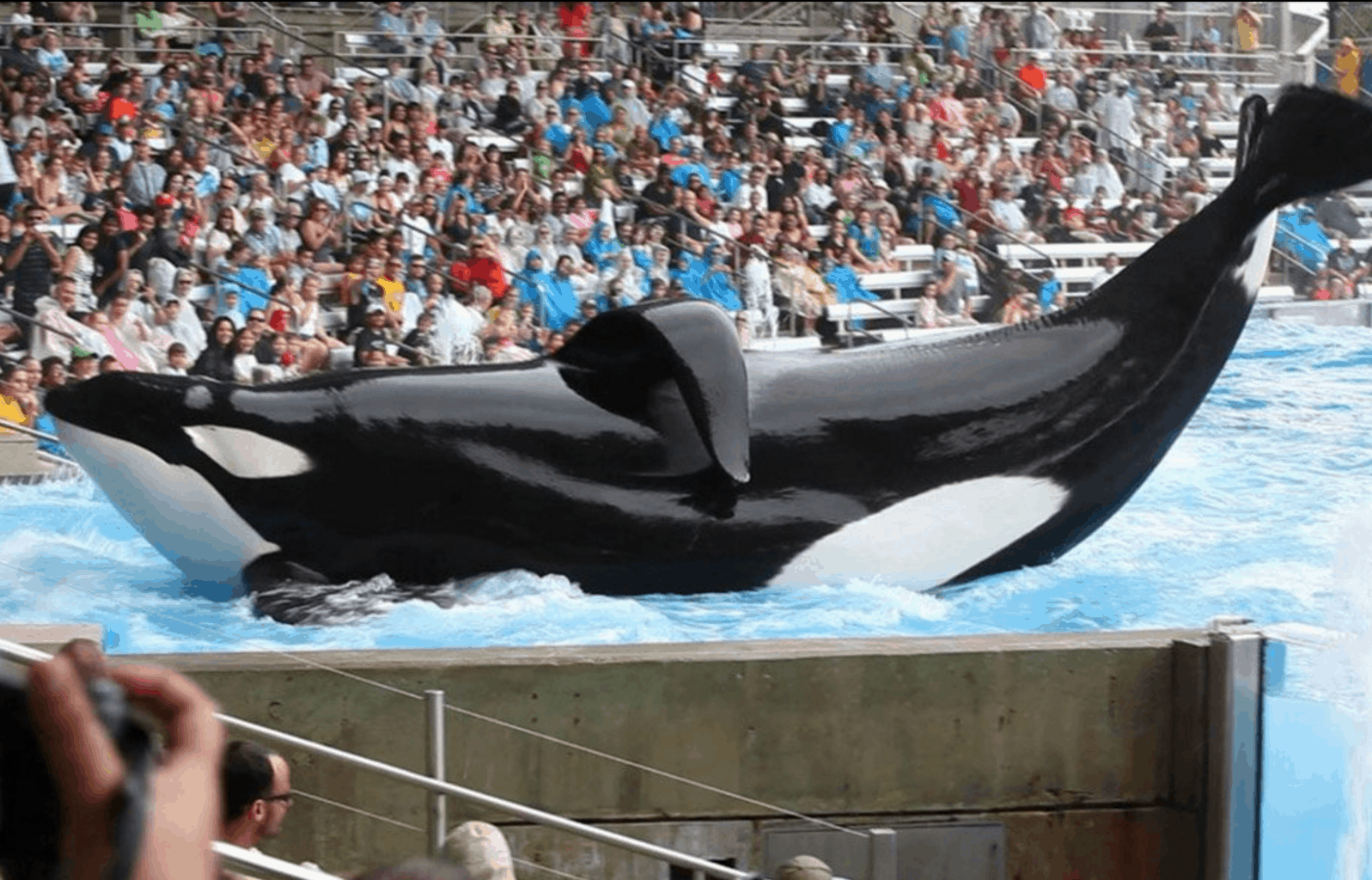 Tilikum is gravely ill. If you’ve seen the explosive documentary Blackfish, then you likely recognized the name. His story—and erratic behavior of being involved in the deaths of three trainers over a two-decade period—was used in the film to underscore some of the issue associated with keeping “killer whales” in captivity.

In a statement, SeaWorld said officials at their Orlando amusement park noticed that Tilikum had become “increasingly lethargic,” and that veterinarians have diagnosed him with an infection in his lungs.

Tilikum’s story—and the documentary—raised major questions about what life in captivity does to the animals, which are some of the most intelligent and social in nature. And though SeaWorld has disputed many of the claims in Blackfish, it’s had a massive impact on the amusement park company.

The movie pushed SeaWorld to cease shows that involved human trainers jumping off of the whales during choreographed routines, and it also had a dramatic effect on the parks’ bottom line. In 2014, a year after the movie’s release, the company had lost a third of its entire value. At the time, a stock analyst told Bloomberg, “The company acknowledged for the first time that pressure from animal-rights groups is reducing attendance.” The plunge was largely due to Blackfish, and Tilikum’s tragic story.

This fall, lawmakers in California made yet another dramatic move in response to the company’s Orca show: They passed a law outlawing breeding the whales in captivity.