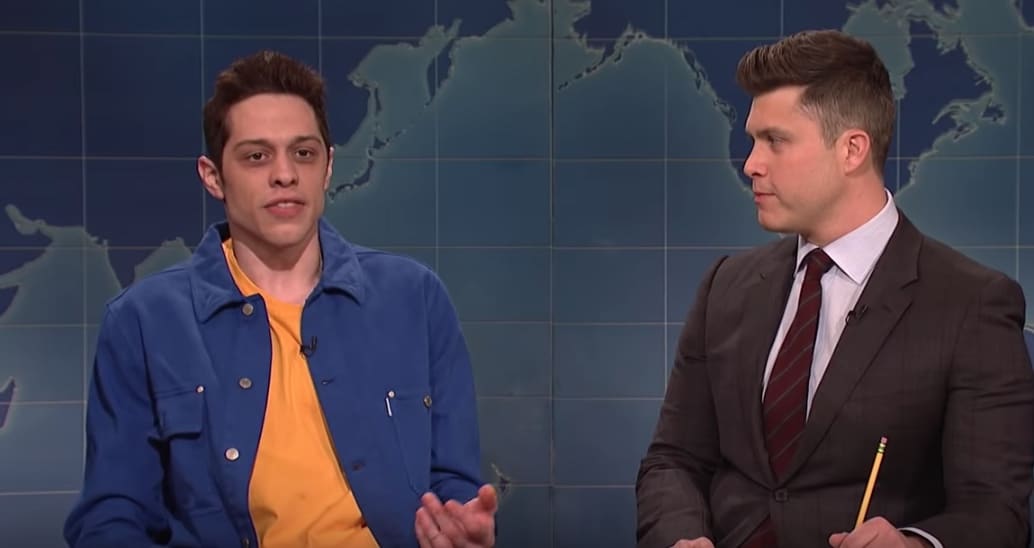 This weekend, Saturday Night Live’s Pete Davidson addressed allegations of sexual abuse facing R. Kelly and Michael Jackson. Both have been accused of sexually abusing children. While defending listening to both artists’ music, he compared their fans to supporters of the Catholic church.

After calling R. Kelly a monster who “should go to jail forever” Davidson said, “But if you support the Catholic church, isn’t that the same thing as being an R. Kelly fan? I don’t really see the difference—only like one’s music is significantly better.”

Davidson then argued that fans “could appreciate their work, but only if you admit what they did.”

Others in the music industry seem to disagree on this point however. Last year Spotify removed R. Kelly from playlists explaining to Billboard, “We don’t censor content because of an artist’s or creator’s behavior, but we want our editorial decisions—what we choose to program—to reflect our values. When an artist or creator does something that is especially harmful or hateful, it may affect the ways we work with or support that artist or creator.”

Last week, several radio stations announced that they would be removing Michael Jackson from their rotations.

Why We Shouldn’t Say ‘Strong Is the New Pretty’

‘Captain Marvel’ Had an Even Bigger Global Debut Than ‘Black Panther’