Remember how coming into 2022, this was going to be the year of the Metaverse? Well, Mark Zuckerberg’s vision for a new era of virtual reality that’s barely launched is already in trouble.

Global shipments of virtual and augmented reality devices dropped 12 percent this year, and sales of Meta’s own VR headsets dipped two percent in the United States, according to analyst firm CCS Insight. Not exactly the boom that was expected.

And it doesn’t look like 2023 will be a better year for the Metaverse, either. CSS Insight predicts that next year will be another “slow year” for the VR market, due to a weak economy and costly inflation. As consumer’s budgets get tighter, non-essential purchases like VR headsets likely won’t make the cut.

It also doesn’t help that early reviews of the Metaverse were, well, less than stellar. 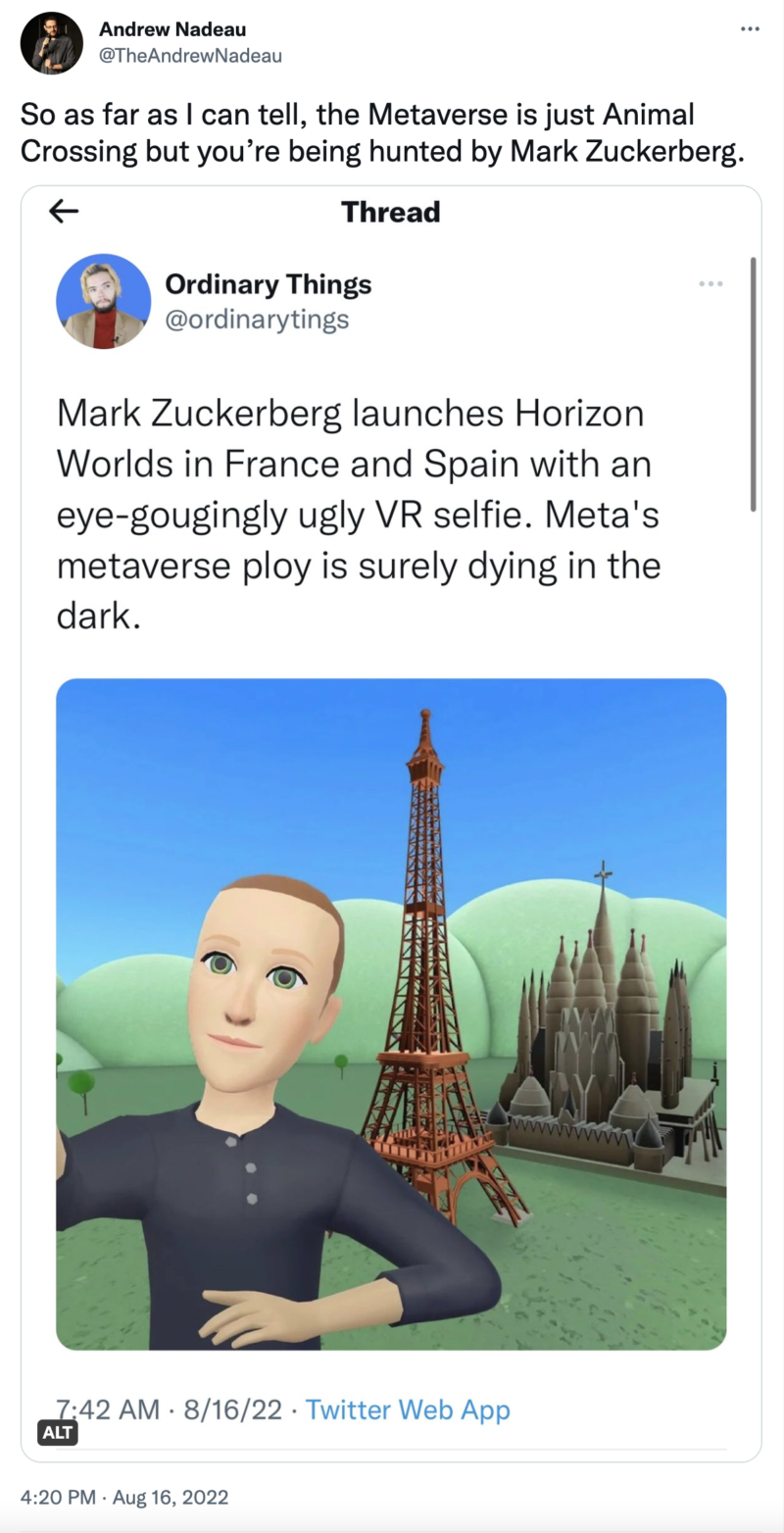 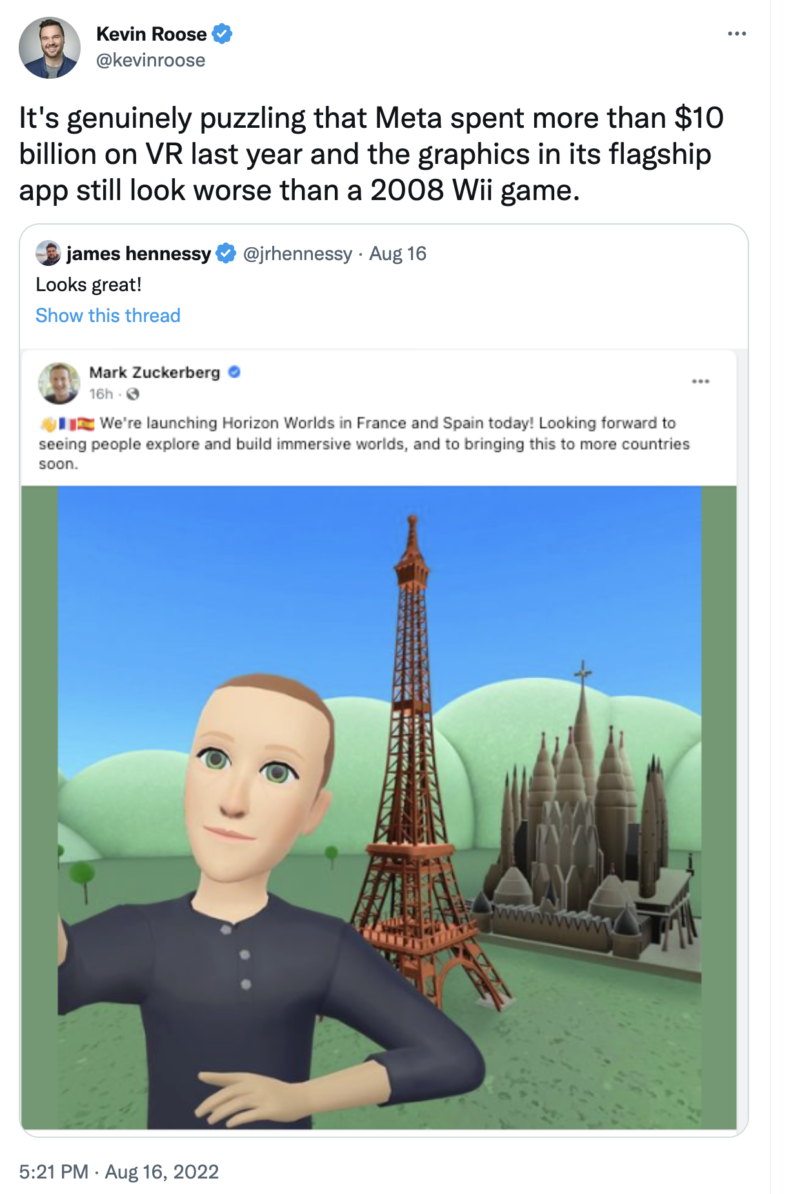 Back in October, CNN explored the depths of the Metaverse and discovered a major bug: it’s pretty lame.

The data paints a troubling picture for Meta, whose stock lost two–thirds of its value this year. Zuckerberg has said that he’s playing the long game with the Metaverse, expecting it to take up to a decade to become mainstream and to eventually host hundreds of billions of dollars in commerce. But investors may not wait around for 10 years waiting to see if it’s all going to pay off.

This doesn’t mean immersive digital experiences won’t become mainstream in the future. Rumors have been circulating that Apple plans to finally drop their own “mixed reality” headset in 2023. But analysts have pointed out Apple’s vision for a digital future is very different from Zuckerberg’s Metaverse.

“With its hugely loyal fanbase, many of whom are comfortable with spending large amounts of money on technology, if Apple was to launch a headset we expect that it would perform very well,” said Leo Gebbie, an analyst with CSS Insight. “If one company has the ability to transform the VR market overnight, it’s Apple.”

We Need to Relearn to Be Present

TikTok Is (Sort Of) Letting Your Control the Algorithm

You May Soon Talk to Your Dead Relatives in the Metaverse Through A.I.